The Palestinian Authority (PA) and its leaders, including President Mahmoud Abbas, cannot evade responsibility for the latest wave of terror attacks against Israelis in Jerusalem and the West Bank. 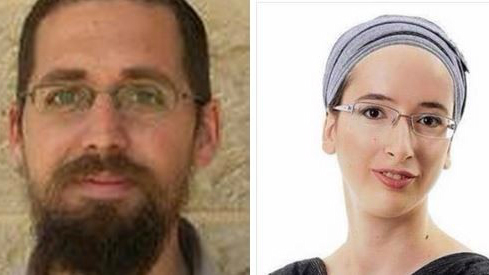 True, in the end it turned out that Hamas was behind the murder of Eitam and Naama Henkin in front of their four children, but there is no ignoring the fact that the anti-Israel incitement of Abbas and other Palestinian leaders in Ramallah paved the way for the terrorists to carry out this and other attacks.

The incitement, which has been around for many years, intensified after the arson attack that killed three members of the Dawabsha family in the West Bank village of Duma in July.

Since then, Abbas and his senior officials have been waging an unprecedented campaign of incitement against Israel in general and Jewish settlers in particular, although the perpetrators of the Duma attack still have not been identified or caught. Palestinian Authority leaders have since accused the Israeli government of committing «war crimes,» and have told their people that the arson attack was actually part of an Israeli conspiracy against all Palestinians.

Abbas has even gone as far as accusing Israel of promoting a «culture of terror and apartheid.» That claim came in addition to threats by senior Palestinian officials to launch retaliatory «operations» against Israel in response to the arson attack.

The West Bank’s Palestinian media, which are controlled by the PA, have also played a role in the massive campaign of incitement against Israel and settlers. Jewish settlers are depicted in Palestinian media outlets as «gangsters» and «terrorists» and the Israeli government is dubbed the «Occupation Government.»

The recent tensions at the Aqsa Mosque compound on the Temple Mount in Jerusalem have also been exploited by Abbas and the Palestinian Authority leadership to delegitimize Israel and demonize «Jewish extremists and settlers.» For several months now, Abbas and his senior officials and media outlets have been accusing Jewish visitors to the holy site of «contaminating» and «desecrating» one of Islam’s holiest shrines. Palestinian officials and journalists have been telling their people that the Jews are plotting to demolish the Aqsa Mosque. Moreover, they have been urging and encouraging Palestinians to converge on the Aqsa Mosque compound to «defend» it against purported Jewish schemes.

The campaign of incitement reached its peak recently when Abbas was quoted as accusing Jews of «defiling the Aqsa Mosque with their filthy feet.» Abbas also announced that, «Every drop of blood spilled in Jerusalem is pure blood.»

The Hamas terrorists who murdered the Henkins live in the West Bank, and were undoubtedly exposed to the incitement by Abbas and the PA. The terrorists did not need permission from the Hamas leadership in the Gaza Strip or Turkey to go out and murder the first Jews they ran into. The inflammatory rhetoric of Abbas and Palestinian Authority officials and media outlets was sufficient to drive any Palestinian to murder Jews.

The two Palestinian assailants who carried out last week’s stabbing attacks in Jerusalem wanted to kill Jews because they were led to believe that this was the only means to stop them from «contaminating» the Aqsa Mosque. After all, this is precisely what Abbas and other PA officials have been telling them for the past few months. Again, while the two stabbers were not Abbas loyalists (one of them, Muhannad Halabi, was affiliated with Palestinian Islamic Jihad), there is no doubt that the incitement of the Palestinian Authority played a major role in increasing their motivation to murder Jews.

The Palestinian Authority also bears responsibility for the wave of terror attacks: its leaders never condemned the murder of the four Jews near Nablus and in the Old City of Jerusalem. By refusing to denounce the attacks, Abbas and the PA leadership are sending a message to Palestinians that it is fine to murder Jewish parents in front of their children, or Jews on their way to pray at the Western Wall. Instead of condemning the murder of the Jews, the Palestinian Authority chose to denounce Israel for killing the two Palestinians who carried out the Jerusalem attacks. By doing so, the PA is actually inciting Palestinians to seek revenge for the «cold-blooded execution» of the two assailants.

The Palestinian Authority and its leaders are in no position today to condemn the killing of any Jews, simply because it is the PA itself that has been encouraging such terrorist attacks through its ceaseless campaign of incitement against Israel.

In this regard, the PA is playing a double game: on the one hand, it is telling the world that it wants peace and coexistence with Israel; on the other hand, it is continuing to incite Palestinians against Israel, and driving some to take guns and knives and set out to murder Jews.

The Palestinian Authority’s fiery anti-Israel rhetoric has led to a wave of terrorist attacks that could easily deteriorate into a third intifada. Although Abbas has repeatedly stated during the past few years that he does not want another intifada against Israel, his statements and actions show that he is doing his utmost to spark another wave of violence in order to draw the world’s attention to the Israeli-Palestinian conflict and invite international pressure on Israel.