Whatever political angle you come from, the election of Jeremy Corbyn as Labour Party leader is a seismic change in British politics. Political wonks in the UK have become fond of comparing him with Michael Foot, who led Labour to a disastrous election defeat in 1983, and whose party manifesto for that election was famously described as the «longest suicide note in history.» The election of Corbyn is principally of interest at home and abroad not because of his far-left wing views on economics, nationalization and the rest, but for the fact that it mainstreams current bigotry and racism.

For the three decades that he has been sitting on the backbenches in Parliament, Jeremy Corbyn’s main concerns have included support for the hardest wing of Irish Republicanism and an opposition to Israel that has seen him embrace any and all opponents of the Jewish state. The same mind-set of bolstering the worst and most violent people on (in each case) one specific sectarian side, can be seen in both obsessions.

During the «Troubles» in Northern Ireland, for instance, many people supported the Catholic population of the area and the cause of a united Ireland. There were many mainstream politicians, such as the SDLP’s John Hume, whom you could support if that was what you cared about. But Jeremy Corbyn did not spend his time bolstering the crucial moderate forces in Northern Ireland. Instead he pushed forward the most violent and anti-democratic forces in the conflict. Shortly after the IRA had tried to wipe out the British cabinet and assassinate Prime Minister Margaret Thatcher in Brighton in 1984, Jeremy Corbyn invited the Sinn Fein/IRA leaders to the House of Commons. In the years that followed, he repeatedly honoured active murderers within in the IRA (for instance, in observing a minute’s silence for the IRA cell killed while on «active service» in Loughgall in 1987). Asked on the recent campaign trail whether he would «condemn» the actions of the IRA that led to thousands of bloody deaths and injuries, Jeremy Corbyn repeatedly refused to answer the question.

This matters because Mr. Corbyn brings the same extremism to the other political cause he most cares about in foreign policy. As the general public learned during the Labour leadership campaign, Corbyn’s associations in the area of the Israeli-Palestinian context could hardly be more extreme. He is on camera describing both Hamas and Hezbollah as «friends.» He has repeatedly attended events organized by «Deir Yassin Remembered,» an organization run by Holocaust denier Paul Eisen. Corbyn has honoured the anti-Semitic preacher, Raed Salah, and described him as an «honoured citizen.» He has spent years sharing platforms with extremists such as the anti-Semitic Hezbollah-trained Dyab Abu Jahjah. Most sinisterly of all, he has been a constant champion of Jawad Botmeh and Samar Alami, two men who were convicted of the 1994 bomb attacks against Jewish and Israeli targets in London. 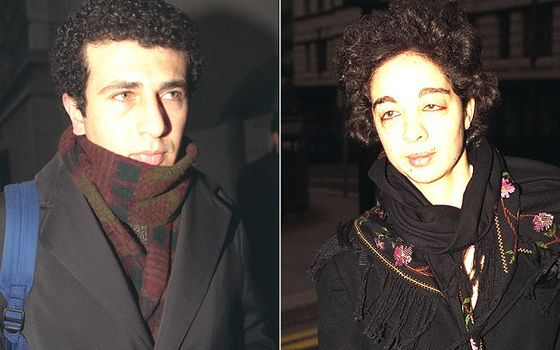 Jeremy Corbyn led a campaign for the release of two convicted terrorists who were jailed for their part in the car bombing of the Israeli embassy in London and a Jewish charity building.

Jawad Botmeh and Samar Alami were convicted of conspiracy to cause explosions in the UK in 1996, which injured 20 people. They were jailed for 20 years.(…)

In February 2013 he wrote to London Metropolitan University in support of a bid by Botmeh to become a governor after his release from prison.  In a letter to the vice-chancellor, written on House of Commons paper, he said: «I supported Jawad’s case inside parliament and outside including meetings/demonstrations; Jawad’s case is, I believe, a miscarriage of justice”.(…)

Botmeh was released from prison in 2008 and was until recently a researcher at London Metropolitan University.

On his way to becoming Labour party leader, Jeremy Corbyn and his supporters repeatedly attempted to dismiss these extremist links. They most commonly derided them as «smears.» But when they were confronted with the facts and still had to come up with some explanation, they most commonly made the claim that Corbyn himself made when confronted with his one-sided support for the IRA during the «Troubles» and of the most fanatical anti-Israel extremists in the Middle East. The claim then was that Corbyn was not in fact shilling for one side in each conflict but that he was engaged in the work of «peace.»

On Northern Ireland, he claimed that he was not in fact an obscure backbencher but was intricately involved in the peace process. Precisely the same claim has been made regarding the Middle East. Rather than admit to having spent decades palling up to the worst anti-Semites and Israel-haters worldwide, Corbyn is trying to claim that he has in fact been involved — deep undercover, away from the eyes of any respectable negotiator – in a «peace process.» Why did he meet with Eisen? Peace process. Why did he meet with Hamas? Peace process. Why did he meet with Salah? «Inter-faith issues.» You would have to be a child to fall for this. Unfortunately for the Labour party and the country, many of the thousands of people who joined the Labour party to vote for Corbyn are practically children. Or adults who are at the very least radically unbothered about having as a party leader a man who has supported the violent enemies of the United Kingdom and our only democratic ally in the Middle East.

People ask how all this will go; the only possible answer is that it could go in any direction. Perhaps Corbyn will play it carefully, as he has in his first fortnight. There have been serious mis-steps for him. Refusing to sing our national anthem during a service at St Paul’s Cathedral to commemorate the Battle of Britain was one such problem. His supporters said it showed principle from a man who does not believe in God and opposes the monarchy. For many voters — including traditional Labour voters — his refusal looked more as if it came from a man who did not have pride enough in his own country to sing our national anthem. Footage of him singing the Internationale (Red Flag) a few days earlier did not help. Of course, wiser observers could see this was all just part of a continuum: of course a man who has always supported our country’s enemies would not sing our national anthem.

Perhaps Corbyn will indeed lead his party into a general election in 2020, thereby probably wiping out the Labour party as a historic political force. But we live in unpredictable times. This is an era when conspiracy theories abound, and where the internet and information technology have helped to stir up old and dark hatreds. It is just as possible that the arrival of Jeremy Corbyn at the summit of British politics heralds something else: the mainstreaming of perhaps the oldest hatreds of all.