Readers who have followed the UK Labour party’s recent travails will be surprised to hear the results of the party’s latest inquiry into its own behaviour. After a slew of anti-Semitic comments emanated from a Member of Parliament, a number of councillors and a member of the party’s executive committee, party leader Jeremy Corbyn finally ordered an inquiry into anti-Semitism in the party. The findings of this inquiry have now been published and amazingly the Labour party has found itself innocent. But even that has not gone down without incident.

The Labour party’s anti-Semitism problem began to be exposed at the start of this year when stories of routine anti-Semitism emerged from a junior wing of the party — specifically the Oxford University Labour Club. That scandal involved a number of resignations, and revelations of the use of anti-Semitic language as routine and commonplace among Labour students at Britain’s most prestigious university. An inquiry into these events, ordered by the party and conducted by Labour’s own Baroness Royall, promptly found «no evidence» of «institutional anti-Semitism.»

Then came the scandal of Naz Shah MP, who was suspended from the party pending an investigation into messages on social media, as well as the suspension of a number of Labour councillors for posting anti-Semitic content on Facebook and other sites.

Kerosene was promptly thrown onto this smouldering fire by National Executive Committee member, Ken Livingstone. The former Mayor of London used the opportunity of an anti-Semitism row to go on the BBC and talk about which early policies of Adolf Hitler’s he thought the Jewish people had agreed. The resulting firestorm culminated in Mr Livingstone locking himself in a disabled lavatory at the BBC while journalists shouted questions about Hitler under the door. Sensing that his party was in difficult public-relations waters, Jeremy Corbyn ordered an inquiry into the Labour party’s anti-Semitism problem, and asked left-wing campaigner Shami Chakrabarti to conduct the inquiry. Chakrabarti promptly joined the Labour party and started work.

The man she was helping to vindicate, Jeremy Corbyn, then took to the stage and called for an end to Hitler and Nazi metaphors, and an end to comparisons between different human rights atrocities. He went on to say, «Racism is racism is racism. There is no hierarchy, no acceptable form of it.» In the hands of anyone else that might have been an end of it, but this is the modern Labour party of Jeremy Corbyn, and in the modern Labour party of Jeremy Corbyn no opportunity for a public relations catastrophe is ever missed. And so it was that at the launch of an inquiry into anti-Semitism a set of anti-Semitic incidents occurred.

First, there were the words of the leader himself. In his remarks attempting to curb anti-Semitism in the Labour party, Jeremy Corbyn said,

«Our Jewish friends are no more responsible for the actions of Israel or the Netanyahu government than our Muslim friends are for those various self-styled Islamic states or organisations.»

This none-too subtle linkage between Israel and ISIS was promptly seized upon by commentators and religious leaders. Chief Rabbi Ephraim Mirvis condemned the comments as «offensive,» and stated that rather than rebuilding trust with Britain’s Jewish community, Corbyn had in fact caused even «greater concern.»

Former Chief Rabbi Jonathan Sacks called Corbyn’s comments «demonisation of the highest order, an outrage and unacceptable.» He went on to say that the comments showed «how deep the sickness is in parts of the left of British politics today.» 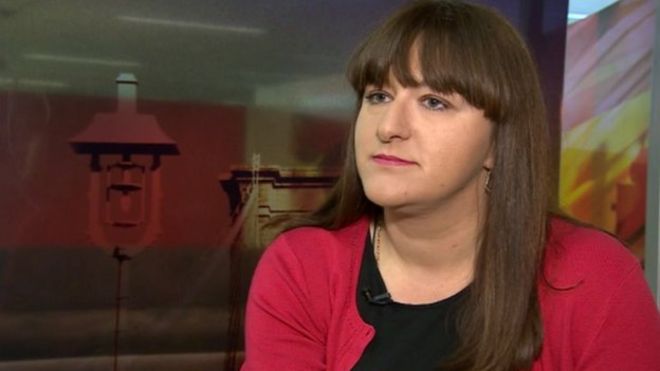 Meanwhile, in the audience of the event, a Labour MP who is Jewish — Ruth Smeeth — found herself the victim of anti-Semitic slurs from one of Jeremy Corbyn’s hard-left grassroots supporters. This individual insisted that Ms Smeeth was working in collusion with the «right-wing media» — an anti-Semitic trope of precisely the kind at which the Chakrabarti report had been meant to look. Corbyn failed to intervene, so the Jewish MP walked out of the event.

Smeeth subsequently joined the majority of Labour MPs who have already — for a whole multitude of reasons — called on Corbyn to resign. By failing to intervene in an anti-Semitic incident going on right in front of him, Corbyn had, she said in a statement, shown a «catastrophic failure of leadership,» adding:

«It is beyond belief that someone could come to the launch of a report on anti-Semitism in the Labour Party and espouse such vile conspiracy theories about Jewish people, which were ironically highlighted as such in Ms Chakrabarti’s report, while the leader of my own party stood by and did absolutely nothing.»

Douglas Murray is a current events analyst and commentator based in London.

Britain: Labour Party Finds Itself Innocent!
by Douglas Murray
July 4, 2016 at 5:00 am
http://www.gatestoneinstitute.org/8364/uk-antisemitism-inquiry