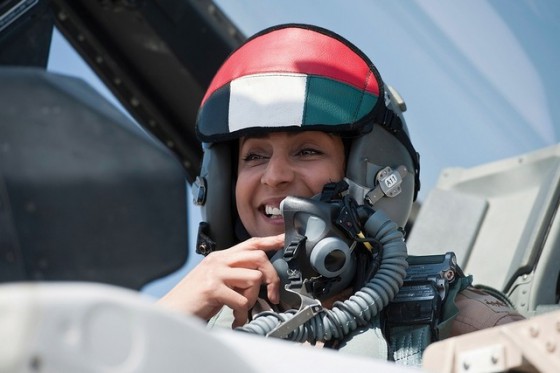 “I can officially confirm that the UAE strike mission on Monday night was led by female fighter pilot Mariam Al Mansouri,” he said.

“She is a fully qualified, highly trained, combat-ready pilot and she is on a mission.”

Maj Al Mansouri has an undergraduate degree in English literature and is the first woman to join the Khalifa bin Zayed Air College, graduating in 2008.

Her participation in the raid stirred a debate on social media, with supporters posting her picture on Twitter and commending her service.