As efforts are underway to hold an international conference in Cairo for the reconstruction of the Gaza Strip in the aftermath of Operation Protective Edge, the two major Palestinian parties, Hamas and Fatah, are already accusing each other of stealing funds that were channeled to help Palestinian families.

It is not clear at this stage how much money has made its way into the Gaza Strip since the Egypt-brokered cease-fire was announced late August.

But it is clear by now that both Hamas and Fatah are engaged in a fight over who will control the funds and assume responsibility for the reconstruction of the Gaza Strip.

The war between Hamas and Fatah over the funds earmarked for the residents of the Gaza Strip is being fought over every penny and dollar. This is a power struggle in which the only losers are those Palestinians who lost their homes and family members during the military confrontation with Israel.

Hamas and Fatah know that hundreds of millions of dollars will sooner or later be allocated by Arab and Western donors for the reconstruction of the Gaza Strip. The two parties are determined to lay their hands on the funds, knowing that he who controls the money controls the people.

Both Hamas and Fatah are desperate for cash and are ready to do everything to enrich their coffers, even if that means robbing a bank.

This is exactly what Hamas did last week. Sources in the Gaza Strip said that Hamas security officers raided the Bank of Palestine in Gaza City’s Rimal neighborhood and «seized» $750,000 in cash.

The sources said that the cash belonged to the Palestinian Jawwal Cellular Company. They said that the raid on the bank came on the pretext that the company had not paid all its tax debts to Hamas. Palestinians in the Gaza Strip described the raid as an «armed robbery in broad daylight.»

The «armed robbery» came shortly after Fatah accused Hamas of «squandering» $700 million of financial aid earmarked for the Palestinian victims of the war. It is not clear where this large sum came from.

Fatah spokesman Ahmed Assaf claimed in an interview with an Egyptian TV station that the funds were donations from many countries. He said that Hamas collected the donations «in the name of children, women and the elderly under the pretext of rebuilding what was destroyed by Israel.» The money, he added, did not reach its destination.

Assaf’s charges are seen as part of a Fatah-orchestrated campaign to prevent donors from dealing with Hamas. Fatah wants to ensure that the millions of dollars intended for the Gaza Strip will pass through its hands and not end up in Hamas’s bank accounts.

During the military confrontation, Fatah leaders in Ramallah issued a strong condemnation of Hamas. They saidthe Islamist movement was stealing relief aid dispatched to the Gaza Strip and distributing it among its followers in mosques.

But then who said that Fatah could be trusted when it comes to distributing financial aid? Relying on Fatah in this regard is like asking a cat to guard the milk.

The 20-year-old Fatah-dominated Palestinian Authority [PA] is notorious for its financial and administrative corruption.

But what is most notable is that some Fatah officials are now accusing their own supporters of stealing funds provided by the PA leadership to the Gaza Strip. A Fatah-affiliated news website revealed that Fatah leaders in the Gaza Strip have been distributing the funds among their family members and friends. The report said that Hamas officials also succeeded in laying their hands on the funds arriving from the office of the Palestinian Authority president in Ramallah.

A Fatah member in the Gaza Strip was quoted as saying, «A Palestinian Authority official bought chocolate for 300 Shekels ($90) while our men are being ignored and cannot afford to use public transportation or feed their children.»

He and dozens of Fatah activists in the Gaza Strip wrote a letter to PA President Mahmoud Abbas, asking him to form a commission of inquiry into the embezzlement of financial aid meant for Palestinian families.

The rising tensions between Hamas and Fatah following the war do not bode well for efforts to achieve Palestinian «national unity.»

Some PLO leaders in Ramallah are now talking about a permanent split between the West Bank and Gaza Strip as a result of the Hamas-Fatah power struggle.

PLO Secretary-General Yasser Abed Rabbo said this week that the Gaza Strip was «closer than ever to being separated from the West Bank» due to the ongoing Fatah-Hamas rivalry.

However, what is at stake here is not only Palestinian «unity.» Fatah and Hamas will continue to fight and quarrel over everything from financial to political and ideological issues. «Unity» is one victim of this power struggle. The other victim is the effort to rebuild the Gaza Strip and help its residents.

When they are not fighting over political and ideological matters, Hamas and Fatah are scrambling for money. Under the current circumstances, Arab and Western donors who are willing to contribute to helping the Palestinians in the Gaza Strip need to make sure that their money does not end up (once again) in the wrong hands. Without a proper mechanism of accountability and transparency, hundreds of millions of dollars are likely to find their way into the bank accounts of both Hamas and Fatah leaders. 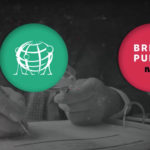 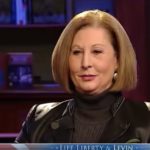