Palestinians in the Gaza Strip are angry again — this time, they claim, because they have been offered billions of dollars to improve their living conditions and build a new and strong economy.

Ismail Haniyeh, leader of the Palestinian Hamas terror group ruling the Gaza Strip, hinted that the offer was made by the United States. He did not, however, provide further details about the rumored offer and said that Hamas turned it down because it was conditioned on disarming terrorist groups in the Gaza Strip and recognizing Israel’s right to exist.

By refusing the ostensible offer, Hamas and its Palestinian allies are announcing — not for the first time — that thinking a resolution to the Israeli-Palestinian conflict can be achieved through huge investments in economic projects in the West Bank and Gaza Strip is misleading and false.

That wish is indeed baseless, as proven by historical fact.

After signing the Oslo Accord between Israel and the Palestine Liberation Organization (PLO) in 1993, the Palestinians received tens of billions of dollars from the international community, especially from the US. The money was apparently designed not only to help the Palestinians build a strong economy, but to encourage moderation and pragmatism among Palestinians, in particular toward Israel. The funds, in other words, were aimed at ensuring that the Palestinians would not join Hamas and other terrorist groups seeking Israel’s destruction.

More than 26 years after «Oslo,» Hamas, backed by Iran, and their allies, including Palestinian Islamic Jihad (PIJ), are far stronger, politically and militarily, than they were when the so-called Israeli-Palestinian peace process began. They are stronger because of the billions of dollars that the international community has lavished on the Palestinians for nearly 30 years.

Thanks to the international funding for the Palestinians, Hamas, whose charter explicitly calls for the elimination of Israel, became so powerful and influential that it even won a free and fair election in the 2006 Palestinian parliamentary election.

A year later, Hamas also won a military victory when its members staged a coup d’état against the Palestinian Authority which had been controlling the Gaza Strip, and violently seized control of the area.

The Palestinians were extremely happy to accept the billions of dollars from Western donors. Yet when the Palestinians headed to the ballot boxes to cast their votes in the 2006 election, they did not choose Palestinian candidates who talked about peace with Israel. Instead, the majority of the Palestinians knowingly and proudly voted for the Hamas candidates who promised them that they would never recognize Israel’s right to exist and would continue to engage in jihad (holy war) until the «liberation of all Palestine, from the [Jordan] river to the [Mediterranean] sea.»

Hamas’s 2006 election victory should have served as an alarm bell to Western donors that the Israeli-Palestinian conflict is not about money or jobs or economic projects.

The donors should have understood in 2006 that their dollars and euros do nothing to shape hearts and minds, and that the only way to create a change is through education — education for peace and tolerance and not education for jihad, terrorism and anti-Israel brainwashing.

It seems impossible for Western donors to grasp that a few words from a masked terrorist or a hateful preacher in a mosque carry more weight than all their dollars and euros. At the end of the day, Palestinians will heed what the terrorist or the preacher tells (or orders) them to do, and not what Washington or Paris or Brussels or London says.

Against this backdrop, it is easy to understand that Palestinians are now heaping praise on Hamas for its reported refusal to accept $15 billion in aid from Western parties for economic projects in the Gaza Strip. Hamas and its supporters even seem to be offended by the offer because it requires them to halt anti-Israel terrorist attacks, disarm all terror groups in the Gaza Strip, and recognize Israel’s right to exist.

The Gaza Strip, home to some two million Palestinians, badly needs economic projects. It is in dire need of every penny to tackle the high rate of poverty and unemployment.

Hamas, not surprisingly, wants the financial aid to be unconditional. As its leader, Haniyeh, explained, Hamas cannot and will not give up the «resistance» against Israel and will never recognize its right to exist. For Hamas and its supporters, the desire to eliminate Israel and kill Jews is their No. 1 priority, even if it comes at the direct and dire expense of its people. One can only imagine what $15 billion dollars could have done to help the two million Palestinians the tiny Gaza Strip.

Haniyeh admitted that the financial offer Hamas received could have turned the Gaza Strip into the «Singapore of the Middle East.» That, however, is not Hamas’s goal. Instead, Hamas’s declared most important goal is to see Israel vanish and Jews disappear from supposedly «occupied Palestine,» even though Jews have lived there continuously for more than 3,000, years.

Most disturbingly, it is hard to find a Palestinian who has the courage to stand up to Hamas and proclaim that the new generation of Palestinians deserves a better life. On the contrary, some Palestinians in the Gaza Strip have taken to the streets to praise Hamas for reportedly rejecting the $15 billion «bribe» from Western donors.

«Hamas remains committed to the project of resistance and is preparing itself for the liberation [of all Palestine, from the Jordan River to the Mediterranean Sea]. We will not make any concession and we will not give up one inch of the land of Palestine, not even in return for billions of dollars or all the treasures of the world.»

It is important to note that Hamas and many Palestinians are nothing but honest about their deadly intentions. What they are straightforwardly saying is: «We refuse, utterly and unequivocally, to change our policies or abandon our weapons for the sake of your money. If you think you can bribe us into changing our behavior because that is what you in the West so often do, sorry, it will not work.»

This deep cultural difference is exactly why Hamas and other Palestinians were quick to reject US President Donald J. Trump’s vision for a comprehensive peace agreement between Israel and the Palestinians, titled «Peace to Prosperity.»

The plan proposes a $50 billion investment fund for infrastructure and business projects, most of which would go to the Palestinians in the West Bank and Gaza Strip. It promises to create new opportunities for Palestinian businesses, increase commerce with neighboring countries, and help the Palestinian private sector capitalize on growth opportunities by improving access to stronger neighboring economies.

In addition, the plan aims to reduce constraints on Palestinian economic growth by opening the West Bank and Gaza Strip to regional and global markets:

«Major investments in transportation and infrastructure will help the West Bank and Gaza integrate with neighboring economies, increasing the competitiveness of Palestinian exports and reducing the complications of transport and travel…»

«With the potential to facilitate more than $50 billion in new investment over 10 years, ‘Peace to Prosperity’ represents the most ambitious and comprehensive international effort for the Palestinian people to date. It has the ability to fundamentally transform the West Bank and Gaza and to open a new chapter in Palestinian history – one defined, not by adversity and loss, but by freedom and dignity.»

While the Trump plan and Western donors assume that «dignity» for the Palestinians can be achieved by large-scale investment in economic projects, Hamas and its supporters are saying that it is an insult to their dignity to offer them money in return for dismantling terror groups and ending their rocket barrages against Israel — or even recognizing Israel’s right to exist. Meanwhile, Palestinians will continue to take money from the West, if the West is foolish enough to keep giving it — perhaps the Europeans want the Arabs to finish the job that Hitler started? — but the next time Palestinians head to the ballot box, Western donors can expect them once again to vote for jihad. 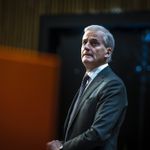 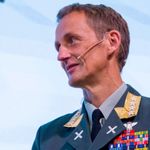 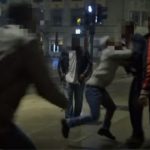 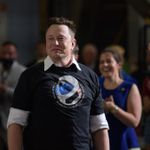 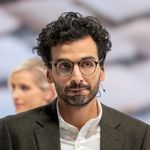