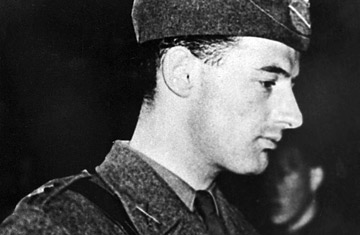 On January 17, 1945, Swedish hero of the Holocaust Raoul Wallenberg was taken into Soviet custody, never to be released.

In the years since, countries around the world – including Russia, however belatedly – have celebrated his heroism, naming streets and schools in his honor, erecting monuments, and even – in Canada, Hungary, Australia, Israel and the United States – awarding him honorary citizenship.

Yet the circumstances of Wallenberg’s detention and disappearance remain a mystery. Indeed, until 1957, the Soviet Union denied any knowledge of his whereabouts. At that time, Soviet authorities claimed that he had died of a heart attack in 1947; suddenly, in 1989, they claimed that he had died in 1947 by execution. This contradiction was itself rebutted by compelling evidence that he did not die in 1947, but was alive for decades thereafter.

Accordingly, when Russian President Vladimir Putin visits Brussels on January 27, International Holocaust Remembrance Day, European Parliamentarians should urge him to declassify archival information – to open up the blank spots of history – that would, at long last, clarify what became of the man the United Nations has called the greatest humanitarian of the 20th century.