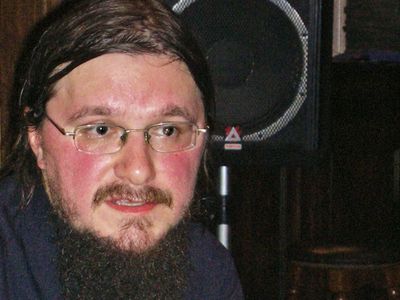 A Russian Orthodox priest known for his outspoken criticism of Islam and attempts to convert Muslims to Christianity has been assassinated in his Moscow church.

A masked gunman shot Father Daniil Sysoyev in the head and chest after asking for him by name, police said. The choirmaster, Vladimir Strelbinsky, was seriously wounded in the attack at St Thomas Church in southern Moscow.

Father Daniil, 35, died of his wounds in hospital late last night. A Russian newspaper reported that he had recently told its journalists of 14 death threats by telephone and e-mail, which he had received as a result of his work among Muslim migrants from former Soviet republics.

«They’ve threatened to cut my head off 14 times,» the priest told Komsomolskaya Pravda, adding that the Federal Security Service had contacted him last year after uncovering a plot to murder him.
Related Links

He claimed to have christened 80 Muslims, «among them Tatars, Uzbeks, Chechens and Dagestanis». He said that other priests were unwilling to follow his lead because «they are afraid of revenge from the Muslim world».

Father Daniil’s missionary zeal was extremely unusual in Russia, where the main faiths have an unspoken agreement not to seek converts among each other’s adherents.

Alexander Verkhovsky, of the SOVA Centre, which monitors hate crimes in Russia, said: «In our country it’s accepted that, among the main religions, people don’t preach in each other’s circle of influence.»

Roman Lunkin, an expert at the Slavic Centre for Law and Justice, said that Father Daniil had been preaching among Muslims for eight years: «In that respect, he was an exception. He wasn’t politically correct in that way; he didn’t respect the canonical territories.»

Russia has an estimated 20 million Muslims and many were angered by the priest’s attacks on their faith.

The head of Moscow’s Investigative Committee, Anatoly Bagmet, said that the most likely motive was an objection to Father Daniil’s missionary work. The murder of the priest dominated television and radio bulletins in Russia today amid fears that it may spark revenge attacks by extremist groups.

The co-chairman of the Council of Muftis of Russia, Nafigulla Ashirov, called Father Daniil a «Russian Salman Rushdie» after he wrote a book in 2007 condemning Islam’s treatment of women. A Muslim journalist asked prosecutors to investigate the priest for extremism last year after he allegedly called Islam a «green plague».

However, Father Daniil also had enemies among Russian nationalist groups and admirers of Joseph Stalin, whom he criticised on his blog for ignoring the murders of innocent people. The priest also made enemies among radical Russian pagans for his efforts to persuade people to leave religious cults.

The head of Russia’s Muftis, Ravil Gainutdin, condemned the assassination, saying that «the murder of an Orthodox priest is a terrible sin». The head of the Russian Orthodox Church, Patriarch Kirill, warned followers against blaming any group while the investigation went on.

«Any murder is a grave sin. But the murder of a priest in a church is also a challenge to the law of God,» he said.

«This sin will not be left unrevenged by God and justice will hopefully be ensured by people. But, as long as the killer has not been identified, I ask you to refrain from any hasty accusations against individuals or groups.»

He praised Father Daniil as a «zealous pastor» who had an «uncompromising position as a missionary».