THE HAGUE, 18/05/13 – At least nine children from The Hague region are active in Syria. At least three people are in the picture as possible suspects of Jihad recruiting.

Nine underage Muslims from The Hague region have travelled to Syria to fight in the bloody battle against President Bashar al-Assad, according to Nicole Bogers, responsible for tracking down information at The Hague police unit. Additionally, a 16 year old girl from the region was “physically stopped” shortly before her departure on the basis of information from the AIVD secret service.

The police in The Hague have at least three people in their sights who may have been recruiting youngsters. “But we have a few other people in the picture,” says Bogers. Nobody has yet been arrested.

The three people appear in reports by family members of boys from The Hague and environs who have been recruited for the Jihad in Syria. The police are refusing to say where those reporting this and the recruiters come from, but the police investigation extends over The Hague, Zoetermeer and Delft.

According to Bogers, a boy also voluntarily reported to the police who has returned from Syria. “He has given his entire story.” She refused to say whether he was guilty of criminal offences or whether he has been arrested.

Last March, the National Anti-terrorism and Security Coordinator (NCTV) raised the threat level in the Netherlands because the chances of attacks has increased as a result of Jihad fighters that return possibly having received plans to make attacks. At that time, it had been established that around 100 fighters from the Netherlands had travelled to Syria. “They come from throughout the country, but mainly from the west,” a spokesman said.

The Terrorists Migrating into Europe - 16. februar 2020 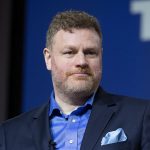