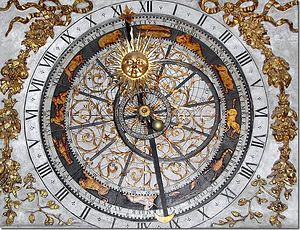 An Iranian man has broken the astronomical clock of the ancient Catholic Cathedral in the French town of Lyons. According to «Le Progres.fr», on March 23, a 28-year-old citizen of Iran tried to put out of action the mechanism of the 14th-century clock in the St John the Baptist Cathedral with an iron bar. A part of the mechanism has been damaged. The vandal was arrested soon. He explained his conduct thus: splendor of the clock prevents him from concentrating on prayer, reports Sedmitza.ru.

The St. John Cathedral in Lyons, which was built between 12th and 15th centuries, is a UNESCO World Heritage site. The Cathedral preserves functional the astronomical clock, which is the oldest in France and one of the oldest in the World. The clock was constructed in the 14th century, and restored after destruction by Huguenots in the last quarter of the 16th Century. It received its current Baroque appearance in 1655. In the 18th century it obtained a dial with a hand. The clock indicates hours, minutes, dates, position of the Sun and the Moon relative to the Earth and also rising of the brightest stars above Lyons. The clock’s chime is accompanied by movements of figures situated in the upper part of the clock depicting scenes on religious themes, and can be heard four times a day.