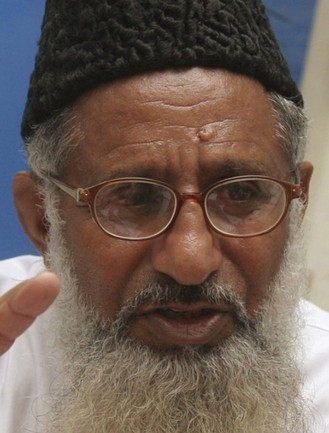 Police official Sohail Sukhera said at least one assailant entered the offices of the Jamia Naeemia seminary in the heart of Lahore shortly after the end of Friday prayers and detonated a bomb powerful enough to collapse the building. Five people died and three were wounded.

Relatives said popular cleric Sarfraz Naeemi had received death threats after denouncing the Taliban as murderers and «a stigma on Islam.»

Hundreds of outraged seminary students gathered at the scene and demanded the Taliban leave Pakistan. «Down with the Taliban!» they shouted as one man writhed on the ground in anguish and others embraced in tears.

Naeemi had recently led dozens of moderate clerics in meetings and lectures in which he denounced suicide attacks — a common tactic of Pakistan’s Islamist groups — and supported the military’s operation to oust the Taliban from Swat.

A leading moderate, he advocated equal access to education for women and the use of computers in schools — ideas sharply at odds with the Taliban’s harsh interpretation of Islam.

The attack was quickly condemned as un-Islamic.

«A true Muslim even cannot think of such activity,» said Mufti Muneebur Rehman, a senior moderate cleric and Naeemi’s friend.

«He was someone who would never speak the language of bullets, and targeting such a soft person is a brutal act,» said Hamid Saeed Kazmi, Pakistan’s minister for religious affairs. «Those who have done it have not served Islam. They are not Muslims. They are the enemies of Islam and enemies of Pakistan.»

In the second attack around the same time Friday, a pickup truck loaded with explosives was rammed into the wall of a mosque in an area where soldiers live in Noshehra, a small city in the northwest, police official Aziz Khan said. At least four people died and more than 100 were wounded, he said.