Bus drivers in northwest Pakistan have begun removing audio and video equipment from their vehicles after Taliban militants threatened suicide attacks against those who played music or movies for their passengers, an industry official said Tuesday.

The militants said they would check the buses and that suicide attacks would be carried out against vehicles that still had audio and video equipment _ prompting union members to act quickly, Mir said.

The Taliban letter complained that traveling in buses that provide audiovisual entertainment was a «source of mental agony for pious people,» according to a text obtained by AP.

«It is obligatory on us to stop such violations. We request you to remove the vulgar systems … otherwise suicide bombers are ready,» the letter said.

Mardan lies in the Northwest Frontier Province just outside Pakistan’s volatile tribal belt where extremists among the Taliban, al-Qaida and local groups are waging a violent campaign against authorities in a bid to impose their strict interpretation of Islam. 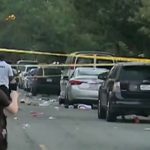