Putin: Wants it all

Tony Blair has made clear to Russian President Vladimir Putin his deep concern over threats to strip Shell of its licence to operate the $20bn Sakhalin-2 oil and gas project off the east coast of Russia.
It has also emerged that Gazprom, the giant Russian state-controlled energy group, is in negotiations to buy into the neighbouring Sakhalin-1 project, led by Exxon of the US. Russian authorities have warned that Exxon, too, may face revocation of its licence on this project, due to cost increases. The development could spark a serious deterioration in relations between Washington and the Kremlin.

Last week Russia’s Ministry of Natural Resources suspended environmental permits allowing Shell and its partners – Mitsui and Mitsubishi of Japan – to operate the project, which is 80 per cent complete, and which has already secured contracts for a large proportion of the gas it is expected to produce. Sakhalin-2 has reserves totalling 4.5 billion barrels.

Downing Street, along with the Foreign Office and the Department of Trade and Industry, have made it clear they are not satisfied with the Russian government’s explanation for the suspension.
..
Observers believe last week’s moves are an attempt by the Kremlin to improve terms for Gazprom taking a slice of their project. Gazprom wants a stake of more than 25 per cent in Sakhalin-2; this would see Shell lose its majority holding in the project. In return, Shell would get a share of an Arctic gas and oil field.

The UK government, however, insists that these issues should be settled within the terms of the Production Sharing Agreement signed between Shell and its partners and the Russian government.

An official said that at the Moscow G8 summit Blair and Putin had stated publicly that transparency and co-operation were essential between Russia and the West as Russian resources would remain of international importance over coming decades. The official added: ‘If the Russian government were to renege on this, it would cast doubt on the investment climate in Russia.’ 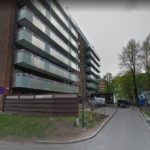 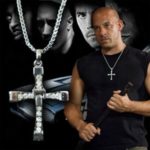