According to China’s own data, the original hot spot for COVID-19 infections occurred in a residential area in the four miles between the Wuhan Institute of Virology and the Biological Preparations Institute of the China Biology Technology Group Corporation.

Both of those institutions have been associated with China’s biological warfare program and, prior to and since the onset of the pandemic, they have collaborated on vaccine development.

For months after the start of the pandemic in December 2019, China flooded the scientific literature with subtle and sometimes not so subtle messages supporting its narrative that COVID-19 is a naturally-occurring disease that “jumped” from animals to humans in the Wuhan seafood market.

On May 26, 2020, the Wall Street Journal reported that China was finally forced to admit that COVID-19 did not originate in the Wuhan seafood market, a theory now totally discredited, even by the Chinese Centers for Disease Control and Prevention.

Nevertheless, China’s attempts to cover-up the origin of COVID-19 continue.

Even as recently as February of this year, China has refused to give raw data on early COVID-19 cases to a World Health Organization (WHO) team probing the origins of the pandemic.

The WHO team had requested raw patient data on 174 cases that China had identified from the early phase of the outbreak in the city of Wuhan in December 2019, as well as other cases.

At the same time, Beijing has sought to cast doubt on the notion that COVID-19 originated in China, pointing to imported frozen food as a conduit.

Eventually, the WHO team was pressured by China to include in its report that dubious explanation for the origin of the pandemic.

There is, however, a far simpler and more accurate explanation for the origin of COVID-19, based on China’s own data.

Statistics published by the Wuhan Municipal Health Commission show that Wuchang district had the highest number of patients diagnosed with COVID-19 early in the pandemic.

Wuchang also had the highest concentration of asymptomatic infections during that same period.

It was also the case that the early international spread of COVID-19 had occurred in people who had visited the Wuchang district in the first half of January 2020, but had not gone to the Wuhan seafood market.

Data published by the Wuhan Wuchang District Health Bureau state that the highest concentration of infections in the early phase of the outbreak occurred in the residential areas along Huanghelou and Ziyang streets, both located within the four miles between the Wuhan Institute of Virology and the Biological Preparations Institute.

Those observations match closely, in time and location, the social media data obtained from the Sina Weibo platform, which was designed as a channel for people who think that might be infected to seek help.

A figure from that publication, but slightly modified to show the locations of the Wuhan Institute of Virology (WIV, black star) and the Biological Preparations Institute (BPI, yellow square), shows that the highest concentration of help seekers before January 18, 2020, were in the areas between those two research institutions.

Note that there are fewer help seekers outside that area, including at the Wuhan seafood market (red circle).

Based on the available scientific evidence, the COVID-19 virus was the product of “gain of function” research, not a natural transmission from an animal host to humans.

Gain of function research is defined as when a naturally-occurring virus is genetically or otherwise manipulated to make it either more contagious, more lethal, or both.

There are only two reasons for conducting gain of function research, (a) to understand the structural features and actions of a virus to create a vaccine in anticipation of a potential disease outbreak or (b) to create a biological weapon, or both.

It is most likely that China was conducting, within the framework of a biological warfare program, parallel development of a unique genetically-engineered coronavirus pathogen and a vaccine to treat it.

Lawrence Sellin, Ph.D. is retired from an international career in business and medical research with 29 years of service in the US Army Reserve and a veteran of Afghanistan and Iraq. He is a member of the Citizens Commission on National Security. His email address is lawrence.sellin@gmail.com. 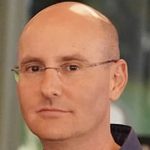 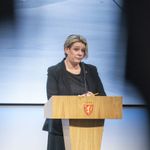