China’s President Xi Jinping (R) and his Palestinian counterpart Mahmoud Abbas smile at each other during a signing ceremony at the Great Hall of the People in Beijing May 6, 2013. Foto: Jason Lee / REUTERS / NTB scanpix

The Palestinian Authority (PA) says it is determined to proceed with its request that the International Criminal Court (ICC) launch an investigation against Israel for «committing war crimes» against the Palestinians. The PA is hoping that such a move by the ICC would pave the way for filing «war crimes» charges against several Israeli officials, including Prime Minister Benjamin Netanyahu.

While it is seeking to indict Israeli officials for their ostensible «war crimes» against Palestinians, the PA leadership is working to strengthen its relations with China, where more than one million Muslims are being held in detention in re-education camps.

Palestinian leaders have a long record of supporting dictators and autocratic states, including Iran’s Ayatollah Khomeini, Iraq’s Saddam Hussein and the North Korean leader Kim Jon Un. The Palestinian leadership’s current support for China’s repressive regime is part of a larger pattern. They have proven that they are always ready to support any dictator who openly challenges Israel or the US.

In keeping with that pattern, the PA leaders have also chosen to support China in its repressive measures against the residents of Hong Kong, who have been protesting plans to allow extradition to mainland China. If China has its way, residents of Hong Kong will be exposed to unfair trials and violent treatment in China. There is also fear that China’s move will give the mainland greater influence over Hong Kong and allow it to target political and human rights activists and journalists.

At the same time, hardly a day passes without Palestinian officials accusing Israel of committing human rights violations against Palestinians in the West Bank and Gaza Strip.

These officials, however, are deliberately ignoring the plight of Muslims in China, most of whom are Uighur, a predominately Turkic-speaking ethnic group primarily from China’s northwestern region of Xinjiang.

The detained Muslims have never been charged with crimes and have no legal avenues to challenge their detentions. Often, their only crime is being Muslim.

Instead of raising the issue of his fellow Muslims persecuted in China, Abbas has backed China’s supposedly «legitimate position» on persecuting his co-religionists.

Abbas, in other words, is saying that he fully supports China’s right to hold more than one million Muslims in re-education camps and crack down on human rights activists and journalists in Hong Kong. Yet Abbas, a Muslim, sees no reason why he or anyone else should ask the ICC to launch an investigation into China’s «war crimes» against Muslims.

Instead of following other world leaders in demanding justice for the residents of Hong Kong, Abbas emphasized during the telephone conversation that the «Palestinian side will continue to stand firmly with China and resolutely support China’s just position on Hong Kong, Xinjiang and other issues concerning China’s core interests.»

It was the second time in recent months that Abbas publicly supported China in the Hong Kong crisis. In May, Abbas issued a statement in which he said:

«We reiterate our support to the friendly People’s Republic of China’s right to maintain its sovereignty against any foreign intervention into its internal affairs and the attempts to destabilize it.»

This is the same Abbas who in recent months has been expressing strong opposition to Israel’s intention to apply its sovereignty to portions of the West Bank.

On one side, Abbas is voicing support for China’s right to impose full sovereignty over all its territories, including Hong Kong, and maintain its territorial integrity. On the other side, Abbas is demanding that the international community impose sanctions on Israel if and when it applies sovereignty over some parts of the West Bank. He is also demanding that, because of Israel’s plan to extend Israeli law over parts of the West Bank, the ICC should launch a «war crimes» investigation against Israel.

This double-standard stinks of hypocrisy, as well as a sickening disregard for the people of Hong Kong and the oppressed Muslims in China. Abbas has long been accusing Israel of «oppressing» the Palestinians, but now he is supporting the Chinese regime in its atrocities oppressing his Muslim brothers and repressing the residents of Hong Kong.

Why have Palestinian leaders chosen to side with China? Money and political support. The Palestinians are hoping that China will replace the US as an «honest broker» in the Israeli-Palestinian conflict.

Abbas’s support for the Chinese atrocities against Muslims, and the oppression of Hong Kong residents is already paying off. The Chinese are now rewarding Abbas by rejecting US President Donald Trump’s «Peace to Prosperity» plan for Middle East peace. China has announced that it stands behind the «just cause of the Palestinians,» Chinese UN envoy Zhang Jun told the UN Security Council last month. He also pledged that China would back Abbas’s call for an international peace conference rather than a peace process headed by the US. «China is a sincere friend of the Palestinian people,» Zhang said. «The Palestinian people can always count on China’s support for their just cause and legitimate rights.»

Ironically, the Chinese envoy, whose country is seeking support for imposing full sovereignty over Hong Kong — and attempting hostile actions against its neighbors in the South China Sea, India and Taiwan — spoke out against any pending Israeli plans to apply sovereignty to portions of the West Bank. «It’s unsettling that the planned annexation may provoke a new round of tensions,» Zhang argued, warning that such a move would constitute a «most serious violation of international law.» China is lecturing the rest of the world about conforming to international law?

In addition to the political support, the Palestinians are also expecting China to reward them with millions of dollars in economic aid, as it has already been doing for the past few years.

Last year, PA Prime Minister Mohammad Shtayyeh praised China’s «unwavering support» of the rights of the Palestinians, as well as its support to the Palestinian people in the West Bank and Gaza Strip, including providing generous aid to poor students, infrastructure and the solar energy sector.

By siding with China, the Palestinians have thrown their Muslim brothers and the residents of Hong Kong under the bus in return for money and political backing. The Palestinians are ready to do anything to stick a finger in the eye of the US.

The Palestinians, however, are not the only Muslims to turn a blind eye to the suffering of Muslims in China and Hong King residents.

«[T]he main reasons why Muslims suffer in silence is that the Muslim-majority countries that raged against Rushdie, Jyllands-Posten and Charlie Hebdo have decided to stay silent,» noted Observer columnist Nick Cohen.

«They use the idea of Muslim solidarity only when it suits them.

«In July 2019, Pakistan, Saudi Arabia, Egypt, the United Arab Emirates, Algeria and other Muslim-majority states that pose as defenders of the faith helped to block a western motion at the United Nations calling for China to allow «independent international observers» into the Xinjiang region. Iran issues occasional criticisms but wants Chinese support in its struggle against the Trump administration and so keeps its complaints coded. Their hypocrisy is almost funny, if you take your humour black. Iran, Egypt, Syria and dozens of other countries that could not tolerate a magical realist novel can live with the mass sterilisation of Muslim women. They will give concentration camps a conniving wink of approval, but draw the line at cartoons in a Danish newspaper….

«To bring down numbers of the largely Muslim Uighurs of Xinjiang, the China scholar Adrian Zenz reports, the Communists are forcing women to be sterilised or fitted with contraceptive devices.»

The Palestinians have chosen not only to remain silent, but to come out in full support of China’s concentration camps and its totalitarian regime. Their hate for Israel and the US has blinded them to the point where they are prepared to support the penning up of more than a million Muslims in re-education camps in China. Such a show of support ought to serve as a re-education for the international community about the warped Palestinian perspective of justice. 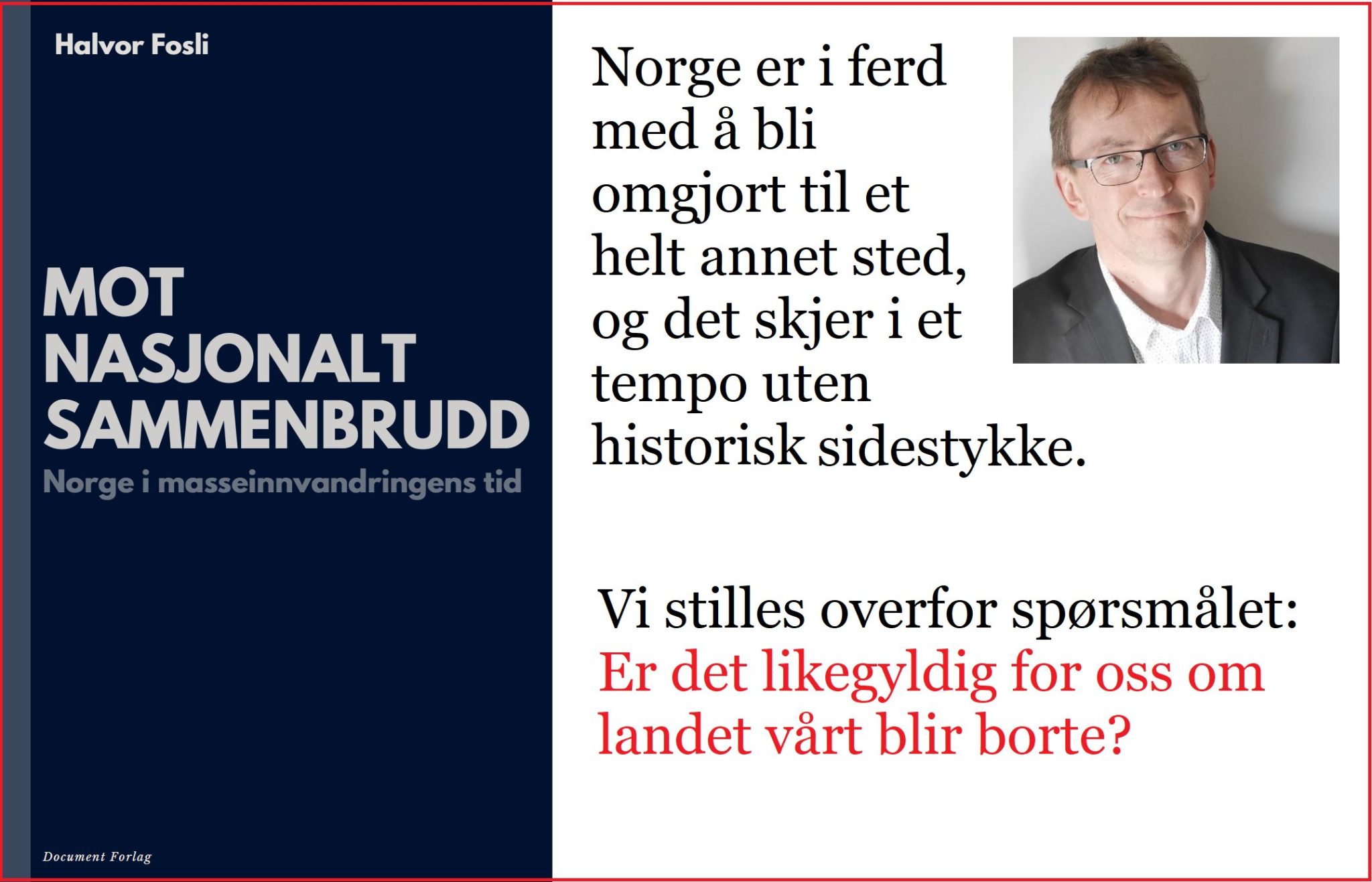 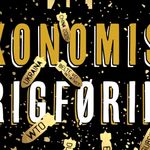 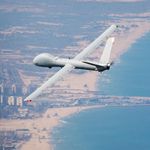 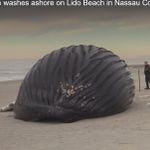 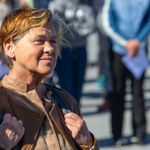