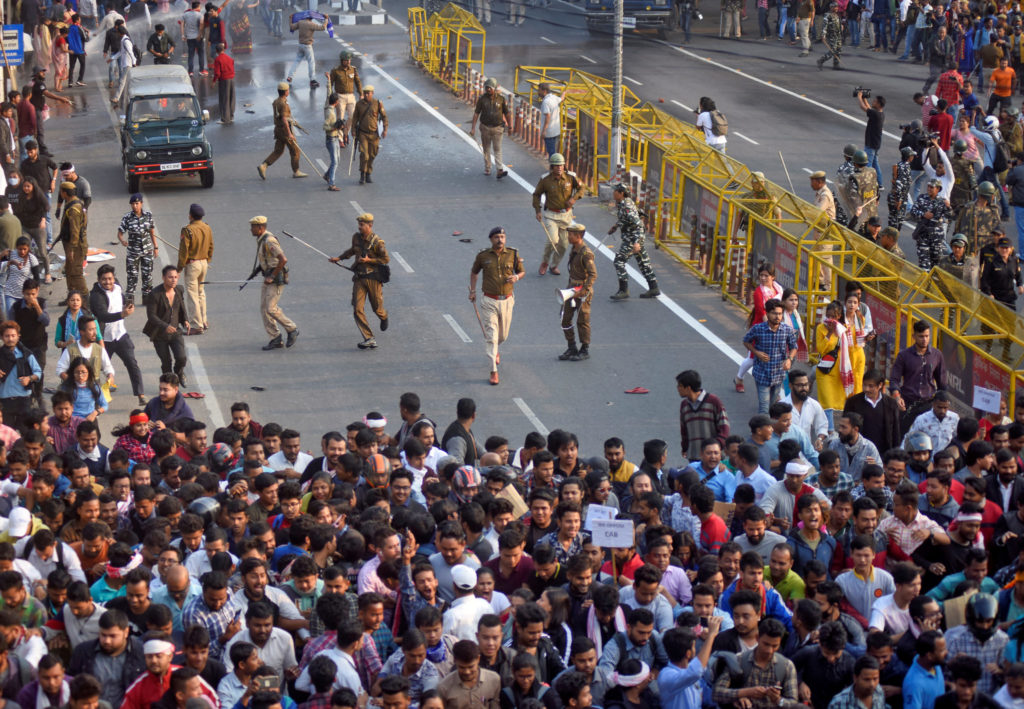 Police chase away demonstrators during a protest against Citizenship Amendment Bill (CAB), that seeks to give citizenship to religious minorities persecuted in neighbouring Muslim countries, in Guwahati, India, December 11, 2019. Photo: Anuwar Hazarika/Reuters/Scanpix

“It is a political signal of a terrible narrowing, a chilling exclusion, directed at India’s own largest minority. India is to be redefined as the natural home of Hindus, it says to India’s Muslims. And that they must, therefore, be content with a less natural citizenship.”

The government has said the new law will be followed by a citizenship register that means Muslims must prove they were original residents of India and not refugees from these three countries, potentially rendering some of them stateless.