Hijab in the House

One of the notable results of the November 6 midterm elections was that the U.S. House of Representatives went from two Muslim members — Indiana’s André Carson and Minnesota’s Keith Ellison, who on the same day was elected his state’s attorney general — to three Muslims, Carson plus two new female members from Michigan and Minnesota. With few if any exceptions, the mainstream media rooted for these ladies throughout the campaign season and lustily cheered their victories, not because of their skills or experience or political views but because they represented “diversity.”

The same media also did their best to cover up unpleasant details about them. For example, Rashida Tlaib, the soon-to-be-installed member from Michigan, has a record of outspoken anti-Semitic comments (at her victory party, she wrappedherself in a Palestinian flag). As David Steinberg demonstrated in a bravura series of investigative articles for PJ Media, Ilhan Omar, the hijab-wearing future Gentlewoman from Minnesota (on her account, Democrats plan to lift a 181-year-old ban on head coverings in Congress), not only hates Jews but committed perjury and married her brother, likely as part of an immigration and student-loan scam. Nonetheless she is already being hailed as a “star” and has been elected to a leadership role in the House progressive caucus.

Granted, these are just two House members out of 435. And Ellison, who won election in Minnesota despite his chummy relations with Louis Farrakhan and highly plausible accusations of domestic abuse, is, so far, the country’s only Muslim state AG. But it’s a start — a foot in the door. At what point are we permitted to begin worrying out loud?

How about when we catch up with Canada, where the minister of Immigration is a Somali-born Muslim named Ahmed Hussen, who was last seen pushing the sinister UN migration pact and refusing to answer queries about it from Rebel Media, Canada’s online alternative news organization? (Canada’s mainstream media were too polite to ask Hussen uncomfortable questions about the UN deal.)

Or how about when we evolve as far as Germany, whose Minister of Immigration Aydan Özoğuz is the sister of two Hezbollah enthusiasts named Yavuz and Gürhan Özoğuz, who reportedly have “close ties to the Iranian government” and to various Holocaust deniers and who run a “virulently anti-Israeli, anti-American and anti-democratic” website called “Muslim-Markt.” In a 2013 interview, Aydan, the Immigration minister, said: “They are my brothers. I don’t deny my family. I think apart from my brothers on political issues.” Two years later she expressed the same sentiments in an NPR interview, saying that she and her brothers “have completely different views” but that she considers it “important to keep the channel of communication open in her family.” How sweet! One is reminded of Hillary’s sidekick, Huma Abedin, who got a pass from the media even though her father ran a top Muslim Brotherhood organization and her mother edited a Sharia law journal (for which Huma herself worked from 1995 to 2008) and sat on an Islamic council chaired by the vile hate preacher Yusuf al-Qaradawi.

In 2015, voters in the traditionally Polish-American city of Hamtramck, Michigan, elected the nation’s first Muslim-majority city council — leading a local Muslim leader to shout at an Election Night victory party: “Today we show the Polish, and everybody else!” As Robert Spencer wrote at the time: “Multicultural euphoria, meet Islamic supremacist reality.” No major U.S. city has a Muslim mayor yet, but it’s only a matter of time. Rotterdam has one: Morocco-born Ahmed Aboutaleb, who’s been in office since 2009 and who identifies as a devout yet Westernized Muslim. A dual citizen of the Netherlands and Morocco, Aboutaleb has said many of the right things about terrorism and integration, and has even been praised by Geert Wilders; but last December he got into trouble when he told an interviewer that “every Muslim is a bit of a salafist” and described his own mayoral work as “jihad in its most perfect form” — remarks which led Wilders to demand his resignation. A couple of months ago, Aboutaleb agreed to a plan that would cut off the flow of asylum seekers from North Africa into Rotterdam, which is already one of the most heavily Muslim — and crime-ridden — cities in Europe. But who knows what he’s really thinking? What can it possibly mean to be a devout yet Westernized Muslim? Whom is this guy hoodwinking? His fellow Muslims or us?

Sadiq Khan, who has been mayor of London for two years, also calls himself a “moderate, socially liberal Muslim.” Yet one of his first acts as mayor was to ban ads on public transport depicting scantily clad females. He claimed to be doing so on feminist grounds, although many observers saw it as a step toward Sharia. Under Khan, who has notoriously stated that living with terrorism is “part of living in a big city,” London authorities have focused less on Muslim crime and preventing terrorism and more on harassing “Islamophobes.”

Then there’s the Somalia-born Lord Mayor of Sheffield Magid Magid, who, since being named to that post earlier this year, has been celebrated by hip types all over the UK because he’s young, black, Muslim, and informal to the point of irreverence. In an interview with the Daily Mail, Magid referred to the current monarch as Queen Victoria, then, when corrected, said: “Yeah. Liz.” Making no secret of his disdain for the monarchy, his contempt for Donald Trump, and his indifference to the legacy of Winston Churchill, Magid appears to know absolutely nothing about the history of his city and has not bothered to read the guidelines to official protocol that he was given when he took office; but he’s big on immigrants, refugees, and asylum-seekers, all of whom, he says, “enrich our society,” and one of his chief goals is to establish an official Sheffield poet laureateship so he can give the job to a certain rapper. Anyone who criticizes him for any of this is, in his view, a racist. Magid comes off as such a buffoon that it’s hard to take him very seriously as a part of the Muslim menace, but perhaps it’s unwise, at this stage, to underestimate his ability to make a meaningful contribution to the Islamic assault on British freedom.

Khan and Magid are only the tip of the official Muslim iceberg in Britain. Perhaps the most high-profile of the eighteen Muslims in the House of Lords is Sayeeda Warsi, Baroness Warsi, who has opposed burqa bans and, like Khan, shows more interest in fighting “Islamophobia” than terrorism. Seventeen of the 650 members of the House of Commons are Muslims, among them the vile Naz Shah of Bradford West, who last year, thinking it was an authentic posting by the left-wing journalist Owen Jones, re-tweeted this statement from a parody Twitter account: “Those abused girls in Rotherham and elsewhere just need to shut their mouths. For the good of diversity.” (The reference, of course, was to the thousands of white children systematically victimized over the past several decades by British Muslim rape gangs.) Earlier this year, Shah paid tribute to the recently deceased Winnie Mandela by reposting a comment by Mandela and other ANC terrorists about “necklacing,” a brutal form of torture, practiced by Mandela back in the day, that involved placing a rubber tire filled with gasoline around a victim’s neck and then setting it on fire.

I could mention any number of other Muslim officials in Western Europe, past and present — among them Mehmet Kaplan, who three years ago had to resign as Housing minister of Sweden after comparing Israel to Nazi Germany, and Abid Q. Raja, a member of the Norwegian Parliament who poses as a moderate bridge-builder but who has defended arranged marriages and hijab and given a platform to preachers of anti-gay and anti-Jewish hatred. But the bottom line is clear: although the political establishments of Western Europe have striven to promote the careers of Muslim politicians — partly on the theory that having visible Muslims in government will encourage ordinary Muslims to integrate — the real result of the elevation of Muslims into positions of power is to abet the normalization in Western societies of such Muslim practices as forced marriage, FGM, and the hijab, to further the quiet acceptance of Muslim prejudices, and to nudge the West ever closer to Sharia law. Yes, some people who come from Islamic backgrounds and who identify as Muslims are really non-believers — a fact they keep to themselves, presumably to win votes and avoid being slaughtered as punishment for their apostasy. But they’re not serving any positive purpose. Others do the opposite, pretending to be “secular Muslims” when they’re secretly zealots.

But most Muslims who have been elected to office in the West have made it obvious enough, by word and by action, that they are, indeed, true believers, whose principal loyalty is to their faith and whose primary goal as so-called “public servants” is to serve the long-term jihadist objective of bringing the West into the House of God. And for voters to overlook this alarming reality in the name of multicultural harmony is, to put it mildly, short-sighted — and, to put it not so mildly, suicidal.

With kind permission to republish by the author 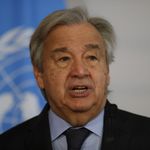 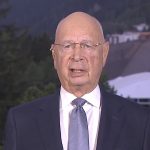 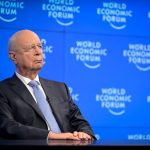 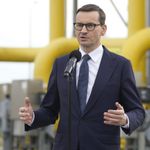