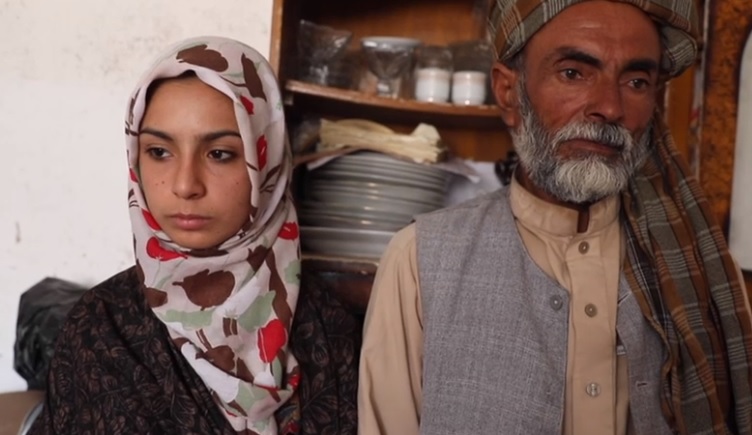 The Federal Court of Justice (Bundesgerichtshof, BGH), Germany’s highest court of civil and criminal jurisdiction, has ruled that a new law that bans child marriage is unconstitutional because all marriages, including Sharia-based child marriages, are protected by Germany’s Basic Law (Grundgesetz).

The ruling, which effectively opens the door to legalizing Sharia-based child marriages in Germany, is one of a growing number of instances in which German courts are — wittingly or unwittingly — promoting the establishment of a parallel Islamic legal system in the country.

The case involves a Syrian couple — a 14-year-old Syrian girl married to her 21-year-old cousin — who arrived in Germany at the height of the migrant crisis in August 2015. The Youth Welfare Office (Jugendamt) refused to recognize their marriage and separated the girl from her husband. When the husband filed a lawsuit, a family court in Aschaffenburg ruled in favor of the Youth Welfare Office, which claimed to be the girl’s legal guardian.

In May 2016, an appeals court in Bamberg overturned the decision. The court ruled that the marriage was valid because it was contracted in Syria, where, according to Sharia law, child marriages are allowed. The ruling effectively legalized Sharia child marriages in Germany.

The ruling — described as a «crash course in Syrian Islamic marriage law» — ignited a firestorm of criticism. Some accused the Bamberg court of applying Sharia law over German law to legalize a practice banned in Germany.

Monika Michell of Terre des Femmes, a women’s rights group that campaigns against child marriage, added: «A husband cannot be the legal guardian of a child bride because he is involved in a sexual relationship with her — a very obvious conflict of interest.»

The Justice Minister of Hesse, Eva Kühne-Hörmann, asked: «If underage persons — quite rightly — are not allowed to buy a beer, why should the lawmakers allow children to make such profound decisions related to marriage?»

Others said the ruling would open the floodgates of cultural conflict in Germany, as Muslims would view it as a precedent to push for the legalization of other Islamic practices, including polygamy, in the country.

In September 2016, the German Interior Ministry, responding to a Freedom of Information Act request, revealed that 1,475 married children — including 361 children under the age of 14 — were known to be living in Germany as of July 31, 2016.

In a bid to protect girls who were married abroad but sought asylum in Germany, the German parliament on June 1, 2017 had passed legislationbanning child marriages. The so-called Law to Fight Child Marriage (Gesetz zur Bekämpfung von Kinderehen) set the minimum age of consent for marriage in Germany at 18 years and nullified all existing marriages, including those contracted abroad, where a participant was under the age of 16 at the time of the ceremony.

Germany’s Federal Court of Justice, in its ruling, published on December 14, 2018, stated that the new law was unconstitutional because it violated Articles 1 (human dignity), 2 (free development of personality), 3 (equal protection) and 6 (protection of marriage and family) of the Basic Law, which serves as the German constitution.

The court also ruled that the new law cannot be applied retroactively, and therefore cannot apply to the Syrian couple, who were married in February 2015.

Finally, the Federal Court of Justice asked the Federal Constitutional Court (Bundesverfassungsgericht) to examine the legality of Germany’s blanket-ban on child marriage and to determine whether German authorities should heretofore assess the validity of child marriages on a case-by-case basis.

The ruling ignores Article 6 of the Introductory Act to the German Civil Code (Einführungsgesetz zum Bürgerlichen Gesetzbuche, EGBGB), which states:

By shielding the Syrian couple from German law, the court has not only legitimized the use of Sharia law to determine the outcome of legal cases in Germany, it has also established a precedent that will almost certainly be used in the future by defenders of child marriage and other foreign laws.

Moreover, by insisting that the legitimacy of child marriages be examined on a case-by-case basis, the court has opened the door to so-called cultural exceptions, namely those enshrined in Sharia law, which does not set any age limit to marriage.

Winfried Bausback, a Bavarian lawmaker who helped draft the law against child marriage, was outraged by the court’s decision:

«Because of our Constitution and for the benefit of the child, in the present case, there should be only one answer: This marriage must be null and void right from the beginning.

«Germany cannot on the one hand be against child marriages internationally, and on the other hand be for such marriages in our own country. The best interests of the child cannot be compromised in this case. (…) This is about the constitutionally established protection of children and minors!»

«In the end, it is a question of principle to what extent Germany wants to accept foreign law, which is completely contrary to our law on important issues. It took centuries to remove the Middle Ages from our law; we must not now bring it back for reasons of alleged tolerance or ‘individual case consideration.’ Rather, we must say that in Germany, German law applies to all, especially in important legal interests such as life, health — or just the welfare of the child, with an immutable age limit for marriages.

«We should consider one more thing: judgments are made ‘in the name of the people.’ This people has clearly expressed through its representatives in the Bundestag that it no longer wants to recognize child marriage.»

German courts are increasingly deferring to Islamic law because either the plaintiffs or the defendants are Muslim. Critics say the cases — especially those in which German law has taken a back seat to Sharia law — reflect a dangerous encroachment of Islamic law into the German legal system.

In November 2016, for instance, a court in Wuppertal ruled that seven Islamists who formed a vigilante patrol to enforce Sharia law on city streets did not break German law and were simply exercising their right to free speech.

The self-appointed «Sharia Police» had sparked public outrage in September 2014, when they distributed yellow leaflets that established a «Sharia-controlled zone» in the Elberfeld district of Wuppertal. The men urged both Muslim and non-Muslim passersby to attend mosques and to refrain from alcohol, cigarettes, drugs, gambling, music, pornography and prostitution.

Wuppertal’s public prosecutor, Wolf-Tilman Baumert, argued that the men, who wore orange vests emblazoned with the words «SHARIAH POLICE,» had violated a law that bans wearing uniforms at public rallies. The law, which especially prohibits uniforms that express political views, was originally designed to prevent neo-Nazi groups from parading in public. According to Baumert, the vests were illegal because they had a «deliberate, intimidating and militant» effect.

The Wuppertal District Court, however, ruled that the vests technically were not uniforms, and in any event did not pose a threat. The court said that witnesses and passersby could not possibly have felt intimidated by the men, and that prosecuting them would infringe on their freedom of expression. The «politically correct» decision, which was successfully appealed, effectively authorized the Sharia Police to continue enforcing Islamic law in Wuppertal.

On January 11, 2018, however, the Federal Court of Justice overturned the Wuppertal court’s decision and ordered the seven individuals to be retried. The Federal Court stated that they had indeed violated the law that bans the wearing of uniforms.

Sharia law has been encroaching into the German justice system virtually unchecked for nearly two decades. Some examples include:

In an interview with Spiegel Online, Islam expert Mathias Rohe defended the existence of parallel legal structures in Germany as an «expression of globalization.» He added: «We apply Islamic law just as we do French law.»