France: Toward Total Submission to Islam, Destruction of Free Speech

After the murders of much of the staff at the French satirical magazine Charlie Hebdo in Paris on January 7, 2015, the hostage-taking and slaughterat a kosher supermarket two days later confirmed what was already obvious: France was a target of Islamic terrorism. A huge demonstration, organized in Paris on January 11, brought together a million and a half people, with politicians from around the world in attendance.

For a brief moment, France seemed to be the country where the multitudes were ready to stand up for freedom of speech, and the government was ready to fight for Western values.

Unfortunately, that impression did not last long.

For years, freedom of speech in France has been in the process of being crushed, particularly regarding Islam and Islamic terrorism. Journalists who said that Islam often did not look much like a religion of peace but more like a religion of war were systematically and harshly prosecuted. Charlie Hebdo‘s new director and editor-in-chief were also not spared: they were sued as early as 2006, the year the magazine republished the Danish Mohammed cartoons. They were sued again in 2007, 2012 and 2013. The writer Michel Houellebecq was summoned to court in 2010 for saying that Islam is a «stupid» religion. The first judicial sentence against the polemist Éric Zemmour dates from 2011. The website Riposte Laïque was established in 2007 to fight censorship, defend secularism, and preserve the right to criticize Islam. Lawsuits against its founder, Pierre Cassen, immediately became overwhelming.

Judicial harassment against those who still dared to speak «incorrectly» about Islam did not stop after the murders at Charlie Hebdo: rather, they intensified. The terrorist attacks that took place in France in November 2015 and in July 2016 did not lead to any demonstrations; merely to displays of sadness, fear and resignation. French politicians used empty words, spoke of the dangers of «fanaticism» and said that France was «at war» — but they never named an enemy. Journalists and writers who said that terrorists attacking France were Muslim, and that «Islamism» was not foreign to Islam, had to answer for their words in court and were fined thousands of euros.

Both Éric Zemmour and Pierre Cassen have spent hours on trial providing conclusive evidence — in vain.

Since the election of President Emmanuel Macron a year ago, the situation has become worse. On June 20, 2017, at the end of a post-Ramadan iftardinner he shared with Muslim leaders, President Macron stated that «…no one should make believe that Islam is not compatible with the Republic»; that » no one should say that France reject Muslim faith» and that «attempt to give Islam the image of a religion condoning murder and terror» must be condemned. Most French critics of Islam got the message and cautiously chose silence. Riposte Laïque did not, but there were consequences. 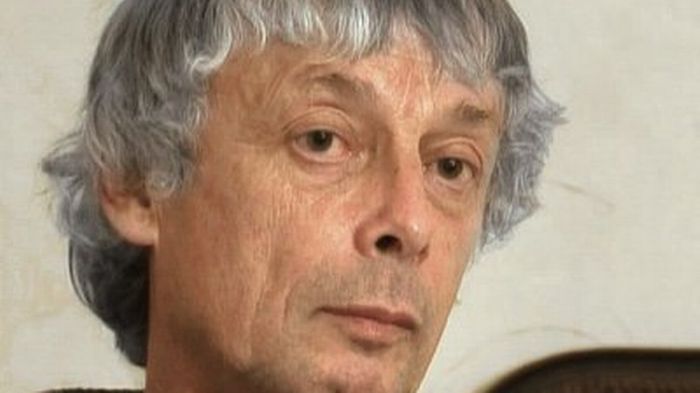 On January 20, 2018, Pierre Cassen was convicted of «incitement to hatred against Muslims» and a fine of $12,000 was imposed on him. He was also given a three-month suspended prison sentence. He will soon be tried again for repeating the same «crime», and could be sent to prison.

Several European governments have made it clear that criticizing Islam may lead to prosecution and conviction. Recently, British, Danish and German citizens have been handed suspended sentences. If Pierre Cassen is imprisoned, it will be the first time that someone in a Western democracy is sent to jail for criticizing a religion.

Worse, Cassen is not even the author of the article targeted by the judges, and the article only says what is obvious: that extremist Muslims are at war with France and the West, and that incitement to kill infidels is present in the Qur’an. Cassen was sentenced as the editor of Riposte Laïque; since 2012, however, Riposte Laïque has been hosted by Switzerland and has a Swiss editor. Pierre Cassen no longer even has an official role in the organization. He is just easy prey because he lives in France. Pierre Cassen, clearly a victim of prosecutorial abuse, is planning to apply for political asylum in Switzerland.

Two members of the French National Assembly, Gilbert Collard and Marine Le Pen, a former presidential candidate who secured 35% of votes in the May 2017 run-off, were also recently charged with «inciting violence». They did not even publish texts criticizing Islam. After a journalist compared their party (National Front) to the Islamic State, they tweeted photos showing atrocities committed by the Islamic State, and added under the photos: «This is the Islamic State». They are also facing serious fines and prison sentences. The photos they tweeted are not even secret: they are widely available on the internet.

Originally, Collard and Le Pen were protected by parliamentary immunity. Their parliamentary immunity, however, was revoked by an almost unanimous vote in the French National Assembly. This is the first time that members of a democratic Western government risk being imprisoned for publishing widely available photos of Islamic crimes.

French laws are being used more and more often by the French justice system to suppress any criticism of Islam. Furthermore, in a dangerous inversion of reality, critics of Islamic terrorist violence are now systematically presented by French judges as examples of incitement to hatred and violence. The threat of jail time is added to the threat of fines.

Consequently, those who criticize Islam — or who just show the results of Islamic terrorism — are victims of fierce prosecution, while hate-filled, racist organizations are never touched. The Islamic «Natives of the Republic» movement, for instance, regularly publishes texts saying that » greedy Jews control the global financial system» and that «Zionists kill Palestinian children for pleasure» but are never condemned. 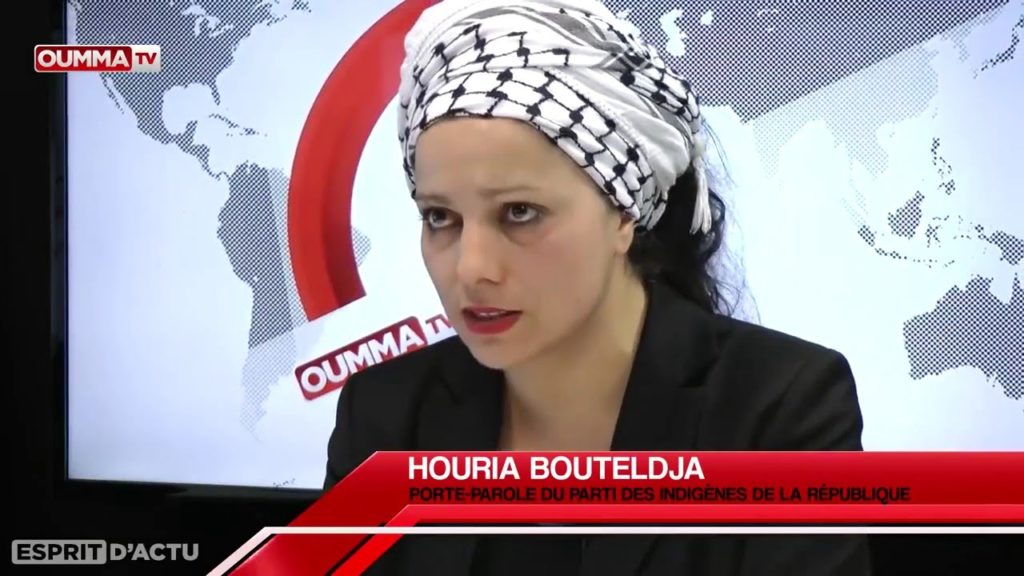 Houria Bouteldja, the spokesperson for the movement, published a book describing Jews as vicious supporters of «Islamophobia», and stating that the Holocaust is «infinitely less than a detail» of history. She recently took part in anti-Israel demonstrations where flags of Hamas and Hezbollah were waved and portraits of murderers of Jews were held up. Jewish organizations expressed their indignation and filed complaints — to no avail.

The French government and the French justice system claim to treat all religions equally, but they treat Islam as if it were «more equal than others» — able to enjoy special privileges.

In France, attacks against Islam are benign and rare, but lead to severe convictions: in January 2016, a man dropped slices of ham in front of a mosque. He was immediately sent to jail for several weeks. Attacks against Christianity, however, are countless, sometimes violent, but almost never lead to any conviction. French theaters produce anti-Christian shows almost every year. In a play called «On the Concept of the Face of God,» currently on tour throughout the country, for almost two hours, a large portrait of Jesus Christ is insulted and covered with matter that is supposed to be feces. The French Ministry of Culture subsidizes the tour. No theater director, however, would imagine producing an anti-Islam show.

Six to eight million Muslims live in France, and the number is increasing. France’s 400,000 remaining Jews have not yet left France, but every year their the numbers shrink. Practicing Christians vanish; churches are often empty.

Polls show that a significant proportion of the French population thinks that Islam is a threat, but French authorities choose to harass those who speak of this threat.

In 2005, the situation was already serious. Muslim riots took place throughout the country. French President Jacques Chirac asked imams to restore calm and began to abandon the French government’s sovereignty over many districts. A few years later, President Nicolas Sarkozy claimed to organize an «Islam of France», based on a structure he had created in 2003 when he was Minister of the Interior. He asked French Muslim leaders to call for «moderation». He failed: French Muslim leaders said unanimously that «Islam is not violent» and «does not need moderation». He promised to end «no-go zones» and to take back the districts abandoned under Jacques Chirac. He also failed; in 2006 there were already 751 no-go zones in France, and «as of last count,» that number is no different. President François Hollande did nothing and let the situation rot. President Emmanuel Macron now speaks of the need to «reorganize the Islam of France» but instead appears to surrender.

Macron recently said he wants to create the post of «Grand Imam of France», a man who would be the «spiritual leader» of Islam in France. He added that he would like to see the construction of large «cathedral mosques» in every important French city. He also wants the Arabic language to be taught in every high school, to maintain a relationship between Muslims and the language of their religion. He promises affirmative action in favor of Muslims and a more resolute fight against «those who attack Islam». He never uses the words «radical Islam». He speaks of «radicalization», but says that the main danger is the «radicalization of secularism«. He does not hide that those who defend secularism — and a clear separation between the government and Islam (Riposte Laïque, for example) — are an obstacle on the path he intends to follow. Clearly, the fight against «radicalization of secularism» is in high gear!

Marwan Muhammad, spokesman of the «Collective against Islamophobia in France» said in 2011:

«Who has the right to say that in thirty to forty years, France will not be a Muslim country? No one in this country has the right to extinguish our right to hope for a society that is globally faithful to Islam «.

Every day in France, men such as Marwan Muhammad have more reason to hope.

Prominent Islamic preacher Tariq Ramadan is presently being held at the Fleury-Mérogis prison near Paris: judges could not dismiss the overwhelming charges against him of rape. Some French Muslims still claim he is being unfairly accused. Many others say he is an impostor and seem ready to get rid of him. They say it is urgent to create «authentic French Islamic institutions» fully «recognized by the French government». President Macron could not have said it better. The Islamization of France will not stop.

France: Toward Total Submission to Islam, Destruction of Free Speech
by Guy Millière
March 19, 2018 at 5:00 am
https://www.gatestoneinstitute.org/12051/france-islam-free-speech