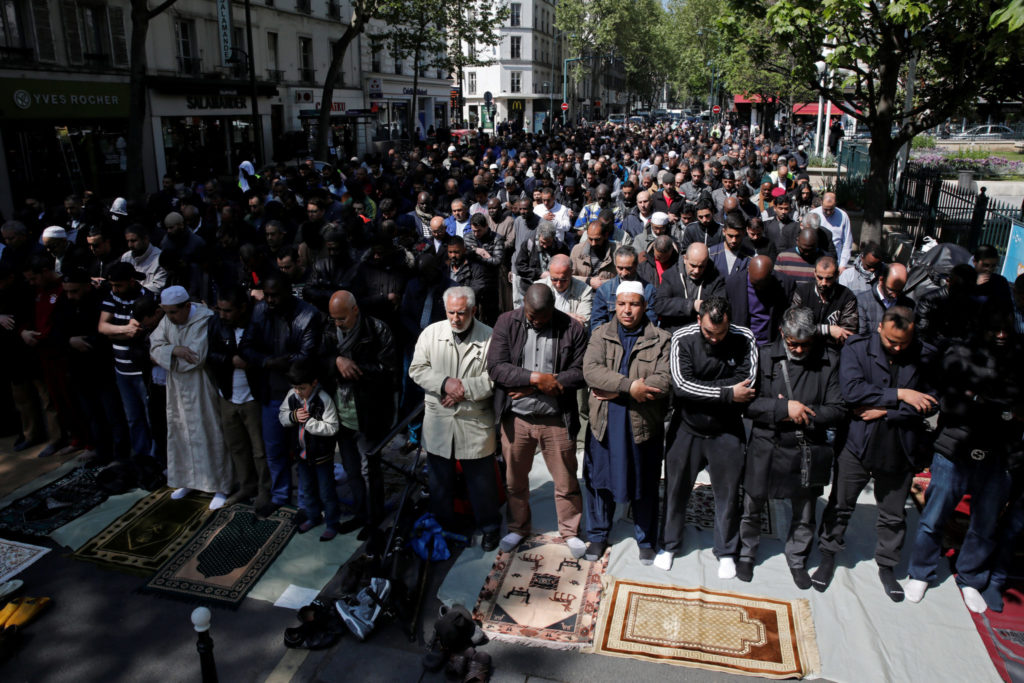 French President Emmanuel Macron, in a declared effort to «fight fundamentalism» and «preserve national cohesion,» has promised to «lay the groundwork for the entire reorganization of Islam in France.»

According to Macron, the plan, similar in ambition to Austria’s Islam Law, is aimed at seeking to «better integrate» Islam in France in order to «place it in a more peaceful relationship with the state.»

A key priority is to reduce outside interference by restricting foreign funding for mosques, imams and Muslim organizations in France. The plan’s overall objective is to ensure that French law takes precedence over Islamic law for Muslims living in the country.

In a February 11 interview with the Journal du Dimanche, Macron said that the plan, which is being coordinated by the Interior Ministry, will be announced within the next six months: «We are working on the structuring of Islam in France and also on how to explain it,» Macron said. «My goal is to rediscover what lies at the heart of secularism—the possibility of being able to believe as well as not to believe—in order to preserve national cohesion and the possibility of having free religious conscience.»

Macron also said that he was consulting a broad array of experts and religious leaders for their input into the reform plan: «I see intellectuals and academics, such as [French Islam expert] Gilles Kepel, and representatives of all religions, because I think we need to draw heavily on our history, the history of Catholics and Protestants.» He added:

«I will never ask any French citizen to be moderate in his religion or to believe moderately in his God. That would not make much sense. But I will ask everyone, constantly, to absolutely respect all the rules of the Republic.»

Macron’s plan, as currently conceived, is vague and short on details, but appears to involve three broad pillars: determining who will represent Muslims in France; delineating how Islam in France will be financed; and defining how imams in France will be trained.

Representation of Muslims in France

A key aspect of Macron’s plan is to reform the French Council of the Muslim Faith (Conseil français du culte musulman, CFCM), the official interlocutor between Muslims and the state in the regulation of Islam in France. The organization, which represents approximately 2,500 mosques in France, was established in 2003 by then Interior Minister Nicolas Sarkozy.

The CFCM has long faced criticism for being ineffective and contentious, largely because the rotating presidency has allowed interference by foreign countries—mainly Algeria, Morocco and Turkey—seemingly to prevent Muslims from integrating into French society. Macron said the objective was to end what he called «consular Islam» and to open the CFCM to «the most integrated» Muslims.

«It is time to bring in a new generation,» said Hakim el-Karoui, a French-Tunisian expert on Islam who is advising Macron on the reforms. «We have seen fifteen years of debate to defend the interests of foreign states.»

The Interior Ministry intends to have its reforms in place by 2019, when the CFCM will hold elections to renew its leadership. «The moment is propitious for advancing the necessary reforms,» said Anouar Kbibech, former president of the CFCM.

Macron’s plan also reportedly involves establishing a «Grand Imam of France,» modeled on the position of Chief Rabbi. The individual would have the «moral authority» to represent Islam in front of the state. It remains unclear how such an individual would reconcile the competing strains of Islam to be able to represent them all.

Macron’s second priority is to «reduce the influence of Arab countries,» which, he argues, «prevent French Islam from returning to modernity.» His plan would restrict foreign governments or entities from funding Muslim places of worship and training imams in France. Hundreds of French mosques are being financed by countries in the North African Maghreb and Persian Gulf.

Macron raised the possibility of revising the 1905 «Law on the Separation of the Churches and State,» which established state secularism in France. The 1905 law, among other provisions, banned government funding of religious groups in France. Addressing the prospect that French taxpayers might soon be asked to pay for Muslims to worship in France, Macron said: «The 1905 law is part of a treasure that is ours, but it did not consider the religious fact of Islam because it was not present in our society, as it is today.»

Macron’s plan reportedly also envisages establishing a so-called Halal Tax, a sales tax on halal products to finance Islam in France. The proposal faces fierce resistance from French Muslims, 70% of whom are opposed to establishing the tax, according to an Ifop poll for JDD.

Several hundred imams in France are civil servants whose salaries are paid by foreign governments. Interior Minister Gérard Collomb said the French government «should intervene» in the training of imams so that they are «imams of the French Republic,» not «imams of foreign countries.»

In an interview with Radio France Inter, Collomb said: «We can see that today we have a number of difficulties simply because nowadays everyone can proclaim himself to be an imam.»

Macron’s plan has been received with a mix of optimism, skepticism and derision.

Ghaleb Bencheikh, a French-Algerian Islamic reformist and a former president of the Great Mosque of Paris, said that Macron’s approach was «legitimate» and «interesting.» In an interview with Radio France, Bencheikh said:

«There is a terrible paradox that you have to know how to break. We are in a secular state and this sacrosanct principle of secularism stipulates that political authority should not interfere in the structure of a cult, whatever it may be. At the same time, there must be structure and privileged interlocutors of political power. The Muslim leaders are cautious, pusillanimous, they have not managed this structure. As a result, it is legitimate for both the President of the Republic and Interior Minister Gérard Collomb to insist on a healthy structure.»

Le Figaro noted with skepticism that previous French presidents have made similar pledges which ended in failure:

«Will Emmanuel Macron succeed where his predecessors have failed? The urgency, in any event, is very real. Last December, a Muslim leader from Bouches-du-Rhône declared: ‘The Salafists have taken control of the ground in France. There is a void, notably with the problem of imams who do not speak French.'»

In an interview with Les Echos, National Front Leader Marine Le Pen saidshe was worried about a possible challenge to the law separating churches and state: «There are a whole series of tracks, some of which are unbearable, unacceptable: for example, the idea of ​​a Concordat, the idea of ​​touching the law of 1905.»

Florian Philippot, former vice president of the National Front and a Member of the European Parliament, said that Macron’s plan was not aimed at returning to a «secular Republic» but to «protect Muslims.»

In early January, during a meeting at the Elysée Palace with representatives of the six main religions in France (Catholic, Protestant, Orthodox, Muslim, Jewish and Buddhist), Macron announced that he would deliver a «major» but «dispassionate» speech on secularism during his presidency: «My wish for 2018 is that France become, with you, a model of secularism, knowing how to listen to the country’s voices in their diversity, capable of building on this diversity a great nation reconciled and open to the future.»

Less than a week later, however, Macron abruptly backtracked. The speech apparently was «removed from the agenda» because talking about secularism «in the context only of Islam» would be a «fatal mistake.»

Columnist Hélène Jouan accused Macron of trying to play both sides against the middle:

«The president prefers to evade. I’m not sure that this will last. A tragic event in France would push him, of course, to reveal himself, at the risk, then, of alienating those who would judge, from the right or left, that he does too much or not enough, to lose his position of ‘centrality’ which he thinks he holds on the question. In the meantime, however, he buys time.»

Macron Vows to Reform Islam in France
«It is time to bring in a new generation.»