Who Is Responsible for the ‘Crisis’ in Islam? 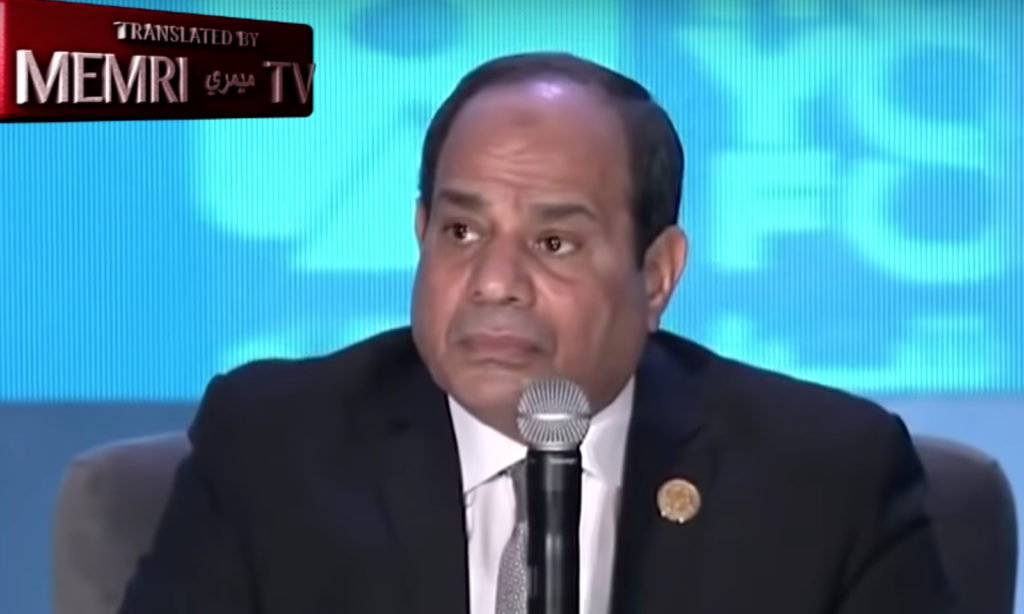 While Turkish President Recep Tayyip Erdogan and several Islamists have condemned French President Emmanuel Macron over his recent «Islam is in a crisis» statement, other Arabs and Muslims are saying that they appreciate where such remarks are coming from.

Erdogan and the Islamists are angry because Macron said in an October 2 speech that he plans to «free Islam in France from foreign influences,» and that a minority of France’s estimated six million Muslims were in danger of forming a «counter-society» because they hold their own laws above all others.

This sentiment means that Turkey, Iran, Qatar, Hezbollah and the Muslim Brotherhood could find it harder to influence the Muslims in France.

«Islam is a religion that is in crisis all over the world today; we are not just seeing this in our country,» Macron said. He argued that «Islamic separatism» was problematic, and added: «The problem is an ideology which claims its own laws should be superior to those of the republic.»

Noting that some Muslim parents do not allow their children to attend music classes or participate in sporting, cultural and other community activities, Macron announced measures that will form a new bill before the end of the year. They include: stricter monitoring of sports organizations and other associations so that they do not become a front for Islamist teaching, and an end to the system of imams being sent to France from abroad.

Schools will be under tight control and «foreign influence» will not be tolerated,» the French president said.

Other Arabs said that Muslims have only themselves to blame for the «crisis» in their religion. They are referring to the use of Islam, by many Muslims, to carry out terrorist attacks and other atrocities against Muslims and non-Muslims.

The message these Arabs and Muslims are sending is: We created the crisis in our religion by allowing terrorists and extremists to use Islam as a pretext for their crimes.

The views expressed by these Arabs and Muslims are reminiscent of those by Egyptian President Abdel Fattah el-Sisi. In 2014, he called for a «religious revolution» in Islam and appealed to leading Muslim groups to «confront the misleading ideologies harming Islam and Muslims worldwide.»

On October 2, Macron presented his plan to combat «Islamic separatism,» and said that he intends to «free Islam in France from foreign influences.» His announcement came a week after a stabbing in Paris outside the former headquarters of satirical magazine Charlie Hebdo.

French Interior Minister Gérald Darmanin was quoted as saying that France was «at war against Islamic terrorism.»

On October 16, Macron, responding to the beheading of a teacher in a suburb of Paris, denounced the murder as an «Islamist terrorist attack.» The victim, a teacher of history and geography, is said to have shown cartoons of the Islamic Prophet Mohammed to his students, as well as discussing freedom of expression – regarded by many extremists as a threat to «blasphemy laws,» which call for death to anyone who questions or criticizes Allah, the Prophet Mohammed or Islam. The same cartoons had previously been published by the French satirical magazine, Charlie Hebdo. In 2015, Said Kouachi and his brother, Cherif, French citizens born in Paris to Algerian immigrants, forced their way into the offices of the magazine. Armed with rifles and other weapons, they killed 12 people and injured 11 others.

One of the first Muslims to come out against Macron’s talk about a crisis in Islam was Erdogan, who has long embraced the Muslim Brotherhood organization and its Palestinian proxy, Hamas. «Macron’s statements on ‘Islam is in a crisis’ goes beyond disrespect and is a clear provocation,» Erdogan told a gathering of mosque and religious workers in the Turkish capital, Ankara.

Erdogan’s quick condemnation of the French president’s remarks by a man who has been working hard to pitch himself as the new leader of the Muslim world did not come as a surprise.

«Islam, as a religion can never suffer crises. Rather, those who suffer from crises are the Muslims as a result of conspiracies and plots from major countries, especially France. If Macron does not differentiate between religion and followers of religion, this is a great ignorance on his part. Macron needs to take lessons before he speaks [about Islam].»

Another Palestinian Islamist group, named The Palestine Preachers’ Forum, also lashed out at Macron and accused him of insulting Islam. It, too, urged the Islamic world to declare Macron «persona non grata» and «confront his extremism and intellectual terrorism.»

The group said in a statement that «insulting Islam only shows the face of malevolent racism after Islam has become present and widespread in Western societies.»

The Iran-backed Palestinian Islamic Jihad (PIJ), also based in the Gaza Strip, denounced Macron as a «racist» and «extremist.»

«Macron’s statements, which are an insult to Islam, are full of racism, hatred and anger,» said PIJ leader Mohammad al-Harazin. According to the PIJ leader, Macron made these statements after he «reached a state of despair and confusion in the face of the Islamic tide. I am sure that things are going in favor of Islam, and Muslims in the world must support their religion against this Zionist-Crusader incursion, each according to his ability.»

As Erdogan and his friends in Hamas and PIJ, however, continue their campaign of incitement against Macron, other Muslims and Arabs are not afraid to speak out in defense of the French president’s remarks. These Arabs and Muslims said that they agree with Macron and warned about the growing influence of extremists on Islam. Their courageous voices, however, rarely receive coverage in the Western mainstream media.

«Macron did not blame Islam, as a religion, for the dilemmas of Muslims,» argued Saudi writer and researcher Fahad Shoqiran.

«Extremist tendencies are not limited to Muslims, but to all religions. Today, France is facing real dilemmas in dealing with Islamic organizations. France did not enact laws that deter the institutions of political Islam, which enabled them to penetrate the communities there. Separatism, or the revival of the behavior of ’emotional isolation’ among Muslim children, does not pose a threat to France alone, but to the entire world, as well. There is no need to demonize Macron’s speech. Yes, there is a deep crisis, and all Muslims must face their mistakes and reconsider their ideas.»

Moroccan writer Mohammad Maghouti said it was unfortunate that some Muslims failed «to put Macron’s remarks in context.»

«We all know that radical Islam represents a real threat to democracy and secularism in France and throughout Europe, where some Muslims seek to build ‘Islamic ghettos’ that challenge the laws and create a system parallel to the state system there… Those who enjoy the freedoms and rights guaranteed by the civil state laws rebel against the same laws when it comes to duties. They threaten the stability and security of the country due to the growing terrorist attacks against innocent people. Those are who paint a bleak and bloody picture of the Islamic religion.»

Maghouti pointed out that «hostile behavior in the name of religion is strongly present in many details of our daily life, whether in the public street or through the platforms of some mosques, private and public forums, as well as social media platforms.»

He wondered how «Muslims allow themselves to atone for all violators and downplay the importance of religions while not accepting those who criticize them?

«Isn’t this a strange paradox that reveals a schizophrenic crisis in the Islamic mindset? The fact is that the biggest conspirators against Islam are the Muslims themselves, specifically those who reproduce the discourse of closed-mindedness and hatred. In this context, there is no difference between those who create, finance or carry out terrorism and those who are silent about it or justify it.»

Egyptian writer Farouk Yousef wrote that there was nothing offensive in Macron’s comments:

«The French president said what any sane person interested in what is happening around him would say… ‘Islam is in crisis’ is not an anti-religious phrase. There is a phenomenon called political Islam and the world is experiencing the brunt of its violence.»

Yousef, too, blamed Muslims for the current crisis in Islam:

«The crisis that Islam is suffering from was made by Muslims with their own hands when they allowed a handful of them to adopt violence as a language for dialogue with the other… Macron was right in everything he said. His message should be considered a wake-up call. Muslims have greatly offended Islam when they showed it to be a religion that incites violence and spreads chaos in stable societies that received them as refugees and provided them with protection. Muslims made a mistake when they used their religion as a justification for attacking others. This does not give us the right to condemn others and accuse them of being hostile to Islam. Islam is in crisis because it has been distorted, mutilated, and destroyed from within. We should have said thank you to Macron rather than curse him.»

Egyptian columnist and political analyst Khaled Montaser said that the outrage expressed by Muslims toward Macron’s statements will «continue to prevent us as Muslims from understanding the crisis we are living in.»

The crisis, Montaser explained, «has made us the biggest exporters of terrorists.» He said that «before and after each beheading, killing or torching, Muslims find justifications that allow and encourage such atrocities.»

Egyptian writer Dr. Nivine Massad also defended Macron and said that his words were an «acknowledgment of the failure of the policies of integrating Muslim immigrants from the second and third generations into French society.»

«[E]veryone who knows France knows that this phenomenon is real, and that there are French cities like Marseille that do not resemble France in anything, and that there are a large group of reasons that have brought France to this point, some of which are external and some of which are internal, and therefore the president has the right to address it. Money and ideology have played an important role in separating French Muslims from French society.»

Prominent Egyptian commentator and blogger on Middle East issues Nervana Mahmoud said that instead of attacking the French president, «we have to call on France to place the Muslim Brotherhood and Hezbollah on the list of terrorist organizations.»

Mahmoud added that she was hoping that Muslim religious leaders would listen to the concerns of the French president and cooperate with him instead of rushing to express outrage and rejection.

«The emotional reactions will not benefit Muslims in the West, but rather confirm the negative vision they suffer from… The words of the French president did not come out of nowhere, but rather carry a message to us, Muslims, to search for our faults, not to blame others and play the role of victims and the oppressed. We are the mirror of our religion.»

It is refreshing to see a growing number of Arabs and Muslims express support for Macron’s remarks about the crisis their religion is facing. These voices show that more and more people in the Arab world understand that the terrorists and their sponsors in Turkey, Iran and Qatar are causing massive damage to all Arabs and Muslims. Macron’s remarks have evidently struck a chord with some, who are now saying that they share his concerns. The question nevertheless remains: Will these words finally serve as wake-up call to Europe, the Western mainstream media and the rest of the world?