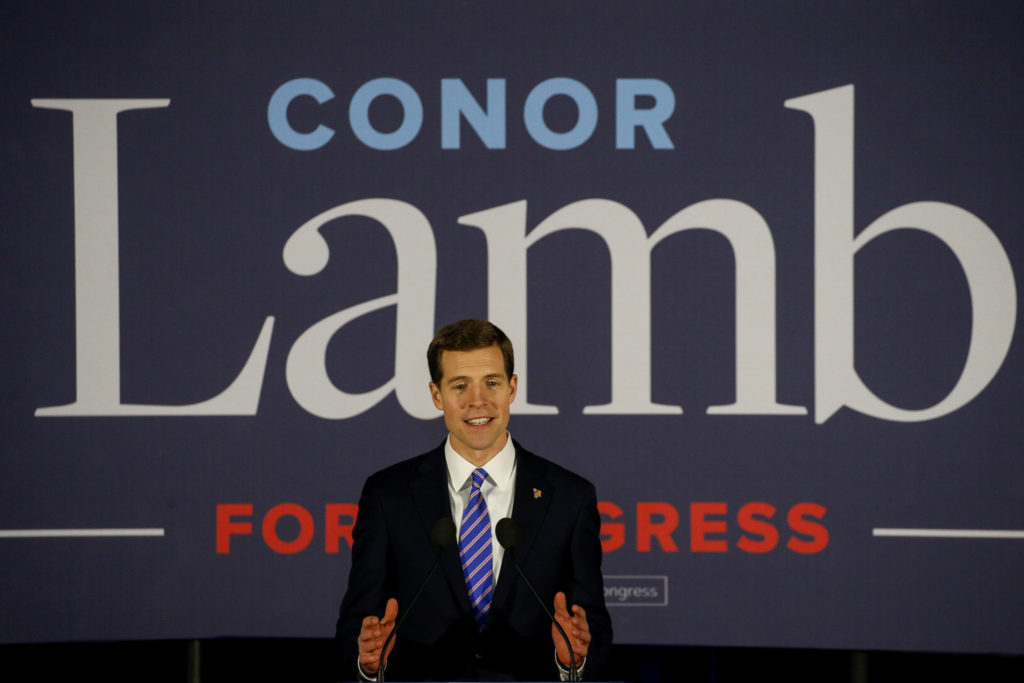 He supported Trump’s plan to place tariffs on steel and aluminum imports — a smart decision in the working-class region. He released an ad showing him firing off an AR-15 and is hesitant to support further gun restrictions. He vowed to not vote for Nancy Pelosi as the House Democratic leader. He also stayed largely silent on immigration and even avoided reporters who wanted his comments on the subject.

Combined with his youthful charisma and service in the Marine Corps, Lamb made for the perfect candidate to run in a deep-red district. But while appearing to be a conservative, he was actually progressive on most issues. Lamb Won Appealing To The Bitter Clingers Most Democrats Despise