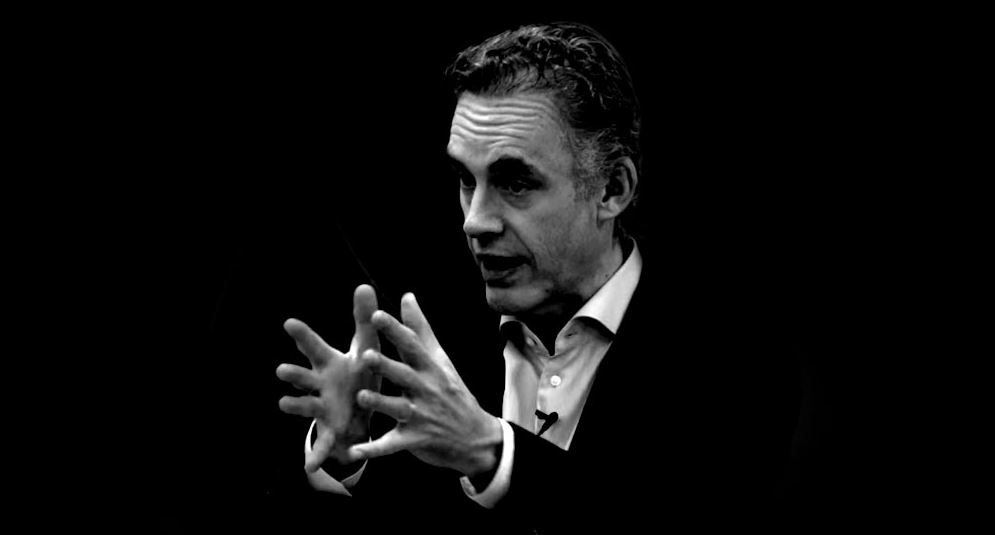 Last Sunday night a capacity crowd of mainly young people packed into the Emmanuel Centre in London. Those who couldn’t find a seat stood at the back of the hall. When the speaker entered, the entire hall rose to its feet. It was his second lecture that day, the fourth across three days of sold-out London events. For an hour and a half the audience listened to a rambling, quirky, but fascinating tour of evolutionary biology, myth, religion, psychology, dictators and Dostoyevsky. Occasionally a line would get its own burst of applause. One of the loudest came after the speaker’s appeal for the sanctity of marriage and child-rearing.

Yet this was not a Christian revivalist meeting. At least not explicitly or intendedly so. It was a lecture by a 55-year-old, grey-haired, dark-browed Canadian academic who until 18 months ago was little known outside his professional field of psychology. Today, for at least one generation, Professor Jordan Peterson of the University of Toronto has become a mixture of philosopher, life-coach, educator and guru. He has the kind of passionate, youthful, pedagogical draw that the organised churches can only dream of. Anybody interested in our current culture wars, not to mention the ongoing place of religion, should head to YouTube, where his classes have been viewed by millions.

YouTube arguably made Peterson. That and an uncommon reluctance to genuflect before the hastily assembled dogmas of our time. In 2016 he made a stand against the Canadian government’s introduction of a law that aimed to make it a crime not to address people by their preferred gender pronouns (regardless of chromosomes). The issue of ‘gender pronouns’ may sound a strange springboard to international attention. But Peterson did something a decreasing number of people in our societies are willing to do: he stuck his head above the parapet. He politely but firmly objected to officials telling him or anyone else what words to use or to define for him what the meanings of words should be. There was an outcry. His classes were disrupted by often riotous protests. There were serious efforts to force him out of his university position. For a moment, it looked as though the social justice mounties might get their man. But for once it didn’t work. In fact it badly backfired. Not only did a lot more people discover a counter-cultural (or counter-counter-cultural) hero who was willing to say what almost everybody else thought. They also discovered someone with not only humanity and humour, but serious depth and substance.

Peterson was in London to promote his new book (his second) 12 Rules for Life: An Antidote to Chaos. This does what it says and then some, providing a practical life lesson in every chapter, each one explored through Peterson’s deep learning and insight. Chapters circle around rules such as ‘Stand up straight with your shoulders back’, ‘Make friends with people who want the best for you’ and ‘Be precise in your speech’.

Others are slightly more leftfield (‘Do not bother children when they are skateboarding’). But all get to truths which anyone with an eye to tradition will recognise: ‘Tell the truth — or, at least, don’t lie’; ‘Pursue what is meaningful (not what is expedient)’. Although he roams across traditions and cultures, on subjects like this last one the foundations are clear.

And Peterson does not shy away from making them so. He sees the vacuum left not just by the withdrawal of the Christian tradition, but by the moral relativism and self-abnegation that have flooded across the West in its wake. Furthermore he recognises — from his experience as a practising psychologist and as a teacher — that people crave principles and certainties. He sees a generation being urged to waste their lives waving placards about imaginary problem, or problems far beyond their (or anyone’s control) and urges them instead to cut through the lies, recognise the tragic and uncomfortable position we are in as humans and consider afresh what we might actually achieve with our lives.

On Sunday he repeatedly referred back to biblical sources. Apologising that he had already given one structured talk that morning, he announced that he wanted to be more freewheeling. Criss-crossing the stage, holding his brow and engaging the audience like his own students, he asked why dragons appear as mythological beings in cultures across the planet and what the evolutionary reasons for that might be.

Going back to the time when we lived in trees and feared fire and snakes, he explored the psychological and mythical reasons why the snakiest of all snakes might have lodged itself in each culture as the representation of evil. And from there we went to Eden and the Gulag via the Judeo-Christian tradition’s discovery that even if we chase down every snake in the land we cannot fully destroy the one inside ourselves. Motes, beams and eyes were discussed in relation to his advice to a generation hooked on public displays of morality: ‘Set your house in perfect order before you criticise the world.’

The following night, in a talk that was live-streamed, he went back to a more structured — but still freewheeling — talk with frequent dashes of humour. He answered a young woman who complained that her friends didn’t listen when she spoke. He referred to the wisdom of the verse about ‘pearls before swine’. This was not in jest. It was a sincere recommendation that she should find friends who would value both her and her thoughts. Towards the end, this self-declared but far from didactic Christian mentioned in passing that ‘the central figure of western culture is Christ’. And in closing (after being asked which of his own rules he falls short of observing), he described how ‘until the entire world is redeemed, we all fall short’. Certainly, Peterson has found a huge audience by telling uncomfortable truths. But he also tells them what should be comfortable truths too.

Of course, on their own, such statements might be a turn-off to young people. But Peterson’s other qualities prevent that happening. The first is he is unafraid to investigate the highest realms of learning (including the latest discoveries in science and psychology) and to turn them to practical use. In doing so he recognises that people — particularly young people, and young men most of all — are badly in need of help.

From his teaching, speeches, writing and interviews, it is clear that Peterson has made one of the most unpopular but vital realisations of our time: that we are creating a generation of men who (especially if they don’t belong to any ‘minority’ group) are without hope, foundation or purpose. Everything in the culture insists that they are terrible: proto–rapists when they are not rapists; proto-racists when they are not racists; condemned for their ‘privilege’ even when they are failures and their every success dismissed as undeserved.

This is destined to produce societal resentment and disengagement on a generational scale. Female politicians, among others, scoff, and most men run scared or duck. Peterson is one of the very few to take this problem seriously and to help young people to navigate towards lives of meaning and purpose. On Sunday night, one young woman asked what advice Peterson would give to a student like her. He told her to ignore those professors who aimed to wither the souls of their students. Instead he urged her to use her student years to cultivate the greatest possible friendships. Many of these friendships would be with people who — as Peterson put it — were dead; people whose feet the deconstructionists and resentment-cultivators of modern academia were not worthy of touching.

This is another part of Peterson’s appeal. While he grounds his deep learning un-abashedly within the western tradition, he also shows vast respect towards (and frequently cites ideas from) innumerable other traditions. He has a truly cosmopolitan and omnivorous intellect, but one that recognises that things need grounding in a home if they are ever going to be meaningfully grasped.

Finally, as well as being funny, there is a burning sincerity to the man which only the most withered cynic could suspect. At several points on Sunday evening his voice wavered. At one point, overwhelmed by the response of the audience and its ecstatic reaction to him and his wife (who was in the audience) he broke into tears. It is an education in itself to see a grown man show such unaffected emotion in public. Certainly, he demonstrated to a young audience trying to order their own lives that an emotional person need not be a wreck and that a man with a heart can also have a spine.

‘What was that?’ asked an old friend I bumped into on the way out. Hundreds of young people were still queueing to get books signed. Others stood around buzzing with the thrill of what we had heard. I still don’t have an answer. But it was wonderful.