I spoke recently to a friend who said he felt there had to be some limitations on freedom of speech – considering events such as Charlie Hebdo. After a minute I made him change his mind.

Who cares about freedom of speech?

It is strange how many articles are published discussing freedom of speech – as if violence against artists and writers are somehow related to this. What then about violence against Jews – or armed forces and police? Or violent reactions against random Christians in Niger or Pakistan in response to alleged “blasphemies” continents away in the West?

I gave my friend an example – look at murders among westerners – do we often see people take the law into their own hand and go after the killers? Of course not – we leave it completely into the hands of the police, and justice is left to the justice system. This pattern repeats itself regardless of how heinous the crime. Added to that – we are trained from childhood through family, school, and culture that starting violence of any kind is bad. A plot device in the comedy Police Academy was that when a fight broke out – all the chief wanted to know was – who started the the fight!

A fundamental part of our civilized society is that any and all right to use violence is surrendered to the state. Internally to be exclusively used by police, and externally by the armed forces. We – as civilized people – leave any and all judgement and punishment to the authorities and the rule of democratic law. The one and only exception is self-defence, or to stop violence.

Why is it then that this totally unacceptable behaviour amongst Muslims is debated as “something to do with freedom of speech”?

He who kills an innocent – something lost in translation

President Obama and countless others have all mindlessly quoted part of Sura 5:32, “He who kills an innocent …”. It’s especially popular after some presumed innocent have been slaughtered by Muslims.

The problem is that the word “innocent” does not have the same meaning inside Islam as it has outside Islam. To illustrate this let’s define an innocent reference group of people:

Everyone in this group of people is innocent if he or she is placed in Norway, UK, USA, or many other countries around the world.

Yet, they are not innocent if they are placed in Saudi-Arabia, Pakistan, Egypt, or many other islamic countries. There – they are actually guilty, and in at least Saudi-Arabia and Pakistan the verdict would be death for all of them.

Our group contains only 4 members, but there are still other groups being killed as “guilty” in some form. Only recently has the group called Yezidis been known outside Syria/Iraq – and only because they’re being slaughtered – apparently they’re “guilty” of something. Incredibly we must also extend this guilty group to contain Muslims! Apparently Shia Muslims are somehow “guilty” as well, since the Sunni group ISIS are targeting them as well.

Which leads us to wonder – who is innocent in the religion of Islam? It seems only “the righteous Muslim” is innocent – he who follows the one and only correct interpretation of Islam.

None, one, or many

The first shock in mathematics outside of compulsory school is that equations may have no solution, precisely one solution, or many solutions. Lets have a brief look at how Muslims officially read their Quran with this in mind.

The Quran consists of about 114 chapters (suras), compiled in practically random order. They are wildly contradictory, inconsistent, and repetitive. This suggests to a neutral reader that this is a compilation of at least two books, by separate authors, simply mashed together to seem “larger”. I’ve argued this in two articles, here, and here.

All these contradictions are well known to Muslims, and are openly recognized as such – even in the Quran itself. To “solve” these contradictions Islam has invented a term called abrogation – when two verses contradict – the latter replaces the previous one. This is different from for example Christianity, where apparent contradictions in the Bible are reconciled instead of one cancelling the other (did Judas hang or fall over when he died for example).

Of course, finding the “latter” verse when the chapters are in practically random order is – well – difficult. There appears to be some agreement over the actual chronological order of the chapters – but one might wonder if this was reverse engineered after the early Muslims realised what a mess the Quran was.

In any case, let us assume each contradiction involves two verses, one to be chosen over the other. If there is one contradiction – we then have two readings of the Quran – depending on which verse is kept – and which is cancelled.

If there are ten contradictions to argue about – there are 1024 different readings of the text.

The Skeptics Annotated Quran lists 32 contradictions. If those are correct contradictions, there is a maximum of 4 billion variants of the text to chose from.

My guess is that any rational person would simply regard the text as having no solution, it simply being unreadable nonsense.

Unfortunately – religious fanatics believe there is a single correct interpretation – and they also believe that they’ve found the right one out of the maximum 4 billion. And with this lucky find they judge over people’s life and death.

Why are (some) Muslims committing atrocities?

We have been thought by the learned politicians, media and academics that the words “allahu akbar” is arabic for “this has nothing to do with islam”. When this fact has been established, politicians, media, and academics then proceed to explain why (some) Muslims commit atrocities on so many continents. They suggest insults, discrimination, colonial times, poverty, the legacy of the Crusades and so on.

Well – let us go back to the times of Paradise then – before the colonial times, before the state of Israel, before USA existed, before the Inquisition, and before the Crusades (1095 AD).

Take for example the year 1042 AD – sort of in the middle of the “Golden Age of Islam”. What would a man born in this year in say – France – learn in his lifetime about Islam? Lets call him Otho.

Lets assume little Otho would have access to two generations of living memory as he grew up, his parents generation, and his grandparents. Lets assume one generation is 25 years, hence events back to 992 AD would be considered in “living memory”.

When he grew up he would learn about the Mad Caliph (died 1021 AD) in Egypt – massacring Christians and Jews. Perhaps his parents would scare him with such stories – who knows. He would also learn about the Cordoba massacre (1013 AD).

At the age about 24 – in his own lifetime – Otho would hear that all the Jews of the great city of Granada had been slaughtered. This was the year 1066 AD. A few years later, when Otho was in his thirties, he would learn that in Asia, the Holy Land and Jerusalem had been overrun by the Seljuk-Turks. Massacring people, and denying people to access Jerusalem.

When Otho was 53 years old he would have learned about muslim atrocities all his life. He would have witnessed Muslims committing genocide against Christians and Jews on three continents – Europe, Africa, and Asia. 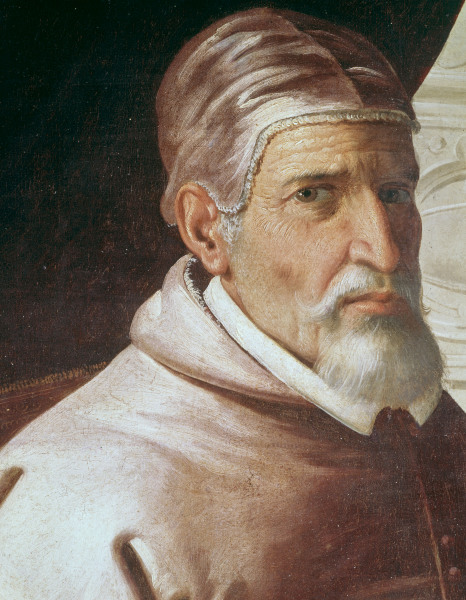 And in case the reader has not realised it yet – when Otho was 53 his name had changed to Urban 2 – and he was pope in Rome.

So – why did the Muslims behave like this before the Crusades? Surely we see that the behaviour is the same as today in Syria/Iraq, Africa, and well – Europe – and reason demands that the explanation for this behaviour should cover the same behavior prior to the Crusades?

Perhaps it is Islam itself? I cannot see any other common denominator.

Did someone edit the Quran?

Why do Muslims kill other Muslims? And why so fanatical?

The story given to us was that Mohammed united all Arabs, completed the Quran, dropped dead – and the Arabs took over some territory. Then they started civil wars among themselves – as in Sunni versus Shia.

But this is puzzling.

Because they were supposed to be united when the Quran was written – and then only later did the shia/sunni split come.

Yet, in chapter two of the Quran we read:

Is it not probable that these verses have been added *after* a major schism? It seems clear that when these verses were added to the Quran – there were at least two groups of Muslims – the “righteous” one and the – well – less righteous. As in Shia versus Sunni. And did someone in those days decide to insert verses into the Quran to justify hating each other – and killing the “infidels”?

The fruits of the tree

Instead of going into any detailed verses of Quran or Bible – why not simply take a look at the “fruits of the tree” – there are billions of people in either religion – how do they read the text?

For Christians the New Testament is pretty peaceful – actually quite pacifist. Somewhere it says “turn the other cheek” if someone hurts you. And indeed – there are churches which are fanatically pacifist – such as Jehovah’s Witnesses.

For more “dangerous” verses we have multiple churches in USA where people play with poisonous snakes because their faith should protect them – with reference to verses in the gospel of Mark.

The rule seems to be – if it’s written in NT – some church or other Christian group will attempt to enact it.

No Christian groups commit mass murder with reference to NT – they would have no verses to refer to.

As for Islam – we don’t need to bring examples. We all know plenty of them. And most people probably also know that verses commanding violent actions against “enemies” do exist – 5:33 and 9:5 should be known to most.

And ISIS behave as Muslims did before the Crusades, and they behave as Mohammed himself apparently behaved. They seem to do “the right thing”.

No respect or tolerance

The Quran is not very respectful of other beliefs: “2:65 And ye know of those of you who broke the Sabbath, how We said unto them: Be ye apes, despised and hated!“, “5:60 … whom Allah hath cursed, him on whom His wrath hath fallen and of whose sort Allah hath turned some to
apes and swine, and who serveth idols.” The lack of respect for other faiths is quite noticeable, and it is genuinely surprising to see how many verses in this holy book actually referring to people of other faiths – and only in negative terms.

With such a starting point – a religious book with nothing but disrespect for people of other religions, combined with a strong belief in their own “supremacy” and “glorious history” – why should Muslims adapt or respect any other religion or culture? When you learn nothing but disrespect for something/someone – would you wish to copy from them? Wish to join them? Or follow the commands to kill them?

It appears to this writer that all we see of patterns of behaviour among Muslims is quite predictable by looking at the Quran and Muslim history. Muslims set themselves apart – and attack “infidels” of any faith – including variants of Islam – when an opportunity presents itself. They did that a thousand years ago – and they do so today. Just as prescribed in the Quran.

Recently a Muslim died after a terror attack in Copenhagen. 500 Muslims attended his funeral. Those were the ones who wanted to visibly, and publicly, show their respect for the Muslim terrorist. One might wonder – how many supporters did not appear in public or did not have the opportunity to come?

They behave as if they’ve read – and understood – the Quran.

On censuring freedom of speech

“Democracy depends on open dialog and public debate. How can you make informed decisions if you’re not fully informed? By censoring yourself you’re derailing the democratic process.”

A commentary on the Medina Quran or The riddle of Sophronius - 6. juli 2014