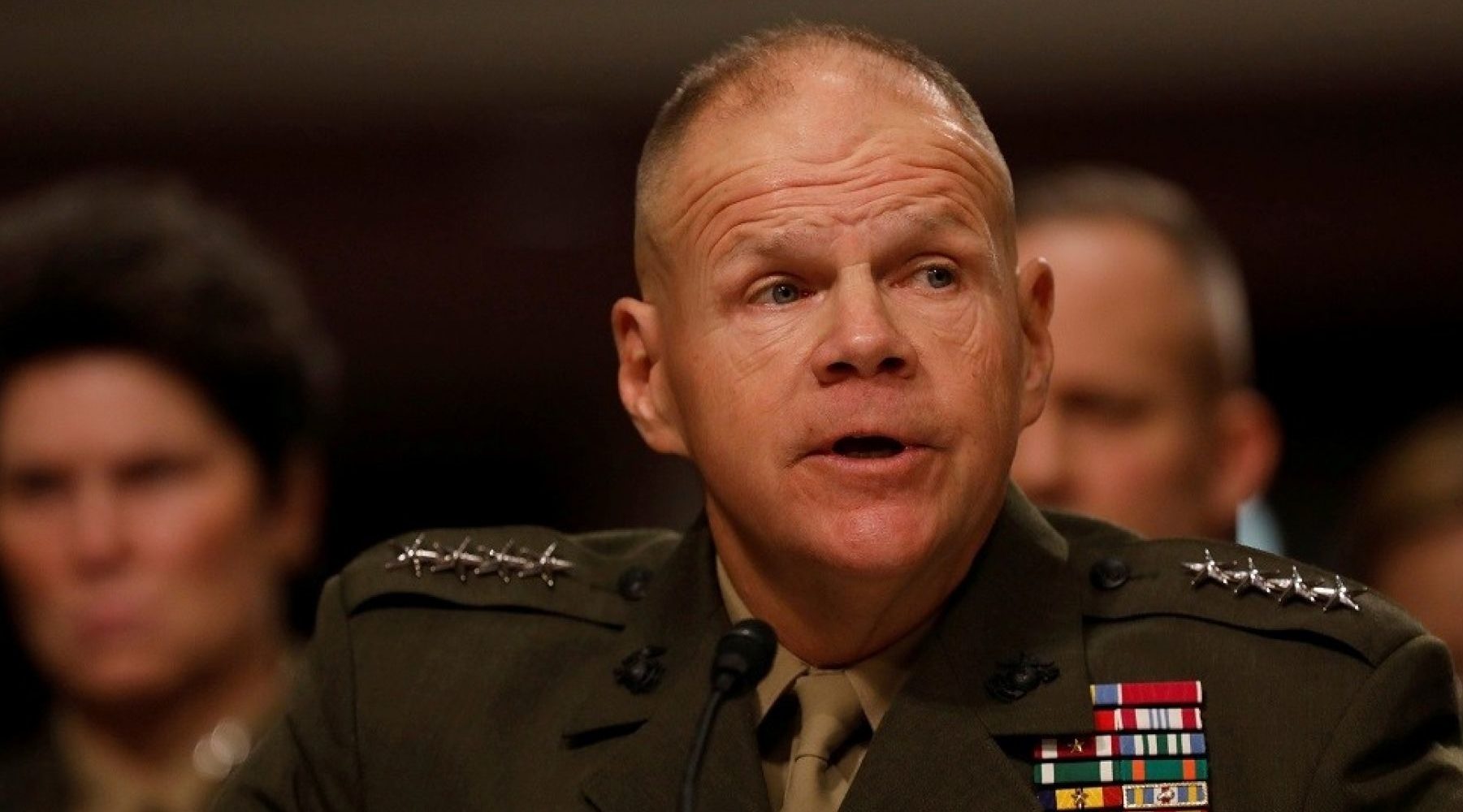 “I go out and talk to Marines. I try to break it down for them as simple as I can,” Neller said, admitting that in discussing the prospect of all-out war on the Korean Peninsula, he has compared it to the coming climactic battle in the fictional HBO fantasy series “Game of Thrones.”

“They haven’t started this year’s episodes of Game of Thrones so I really don’t know how it’s gonna turn out, other than the Army of the Dead has made it across, they have torn down the wall, and they got a dragon,” Neller said. “I mean I could come up with all sorts of analogies to that. So there’s a dragon over there, and I think we know what it is,” he said in an apparent reference to North Korea’s nuclear and missile capabilities

“I wasn’t predicating. I wasn’t saying it was going to happen. I hope it doesn’t happen. I don’t want it to happen. It would not be good for anybody,” Neller said.

“I’m not trying to glorify this. I believe however it turns out it will be a very, very kinetic, physical, violent fight over some really, really tough ground and everybody is going to have to be mentally prepared,” he said. “I was trying to make sure the Marines understood, that when they train they have to keep in the back of their mind they have to be physically, mentally and always their spirit has to be steeled for serious conflict that’s going to test them beyond anything they have ever done in their life.”

Neller on Thursday said he should have used more cautious language when he made his comments in Norway.

“The moral of that story is when you fly all night and you go to Norway and there’s only four hours of daylight, just be careful what you say.”