President Trump: The Courage to Act

President Trump’s announcement on the status of Jerusalem last week was both historic and commendable. Historic because it is the first time that an American president has not just acknowledged that the Israeli capital is Jerusalem but decided to act on that acknowledgement. Commendable for breaking a deceitful trend and accepting what will remain the reality on the ground in every imaginable future scenario. As many people have pointed out in recent days, there is not one prospective peace deal between the Israelis and the Palestinians in which Tel Aviv becomes the capital of the Jewish state.

Yet, the Palestinian leadership, much of the mainstream media, academia and the global diplomatic community take another view. They believe that the American president should have continued with the fairy tale and should never have said «That the United States recognises Jerusalem as the capital of the State of Israel and that the United States Embassy to Israel will be relocated to Jerusalem as soon as practicable.» They claim that this is not a simple recognition of reality and not simply the American President granting the State of Israel the same right every other nation on the planet has — which is to have their capital where they like. Such forces claim that this is a «provocative» move. Amply demonstrating the illogic of this position, the first thing the Turkish Sultan Recep Tayyip Erdogan did after the American president made his announcement was to threaten a suspension of Turkish relations with Israel.

The reaction around the world in recent days has been a reminder of the one central truth of the whole conflict. Those who cannot accept that Jerusalem is the capital of the State of Israel tend to be exactly the same as those who cannot accept the State of Israel. Consider the expert whom the BBC’s flagship current affairs programme Newsnight chose to bring on to receive soft-ball questions on this issue. Dr. Ghada Karmi, from the Institute of Arab and Islamic Studies at the University of Exeter, a notorious opponent of Israel, was inevitably given the sort of respectful interview style that Newsnight presenters generally reserve for when they are interviewing Madonna or some other mega-star they cannot believe their luck at having gotten to speak with. 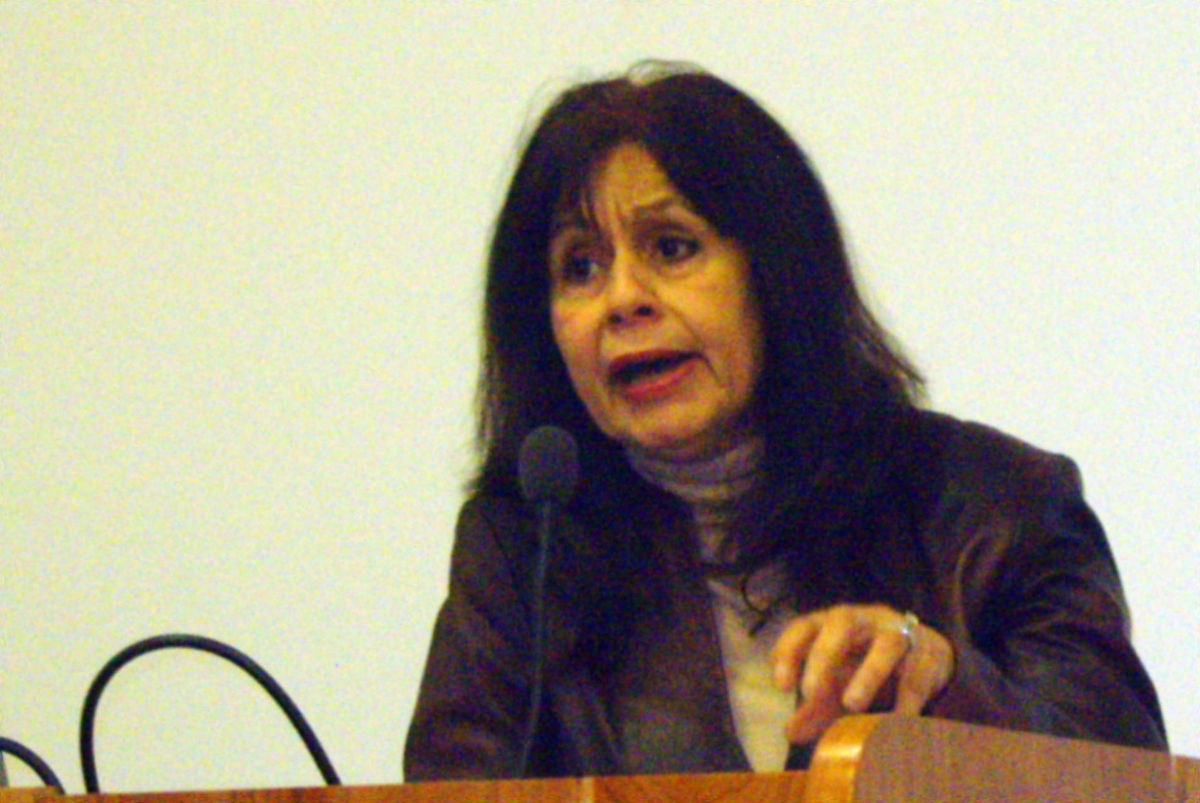 Here is what Ghada Karmi had to say — with no meaningful challenge from the programme’s presenter, Emily Maitlis.

Ghada Karmi: We know that Donald Trump is not a free agent. He is surrounded by pro-Israel advisors, pro-Israel officials.

Emily Maitlis (BBC): To be fair the American stance towards Israel has not differed particularly from one President to another.

Karmi: No, because it’s always been dictated by Israeli interests.

Karmi: No – of course not. He can’t. He’s compromised. He is surrounded by pro-Israel propagandists, people who want Israel’s interests above any other and he cannot operate as a free agent even if he had the wit to do it…. Why it is so dangerous is because you know one of the first things that might happen — and watch for this — is that Israel will be emboldened to take over the Islamic holy places. It’s had its eye on the Aqsa mosque for a long time.

To the surprise of absolutely nobody, when Maitlis then turned to interview the Israeli ambassador to the UK, she adopted a different tone.

Ambassador Mark Regev was not given these sorts of soft-ball questions. If he had claimed that the Palestinians were planning to bulldoze the Western Wall, it seems unlikely he would have been allowed to say it uncontested. He was in fact treated throughout as though he were simply some well-known variety of idiot or liar, who had no concept of the «offence» (a favourite threat term) that this move by the American President would cause Palestinians.

Ghada Karmi was not challenged on the claim that the Israelis were about to take over any and all Islamic holy places (to do what?), but Ambassador Regev’s suggestion that the State of Israel already has its Parliament, Supreme Court and every wing of government in Jerusalem, and that Jerusalem might just be Israel’s capital, was treated as though it were the most inflammatory nonsense the BBC had ever heard.

Most disappointing was the response of the British Prime Minister, Theresa May. Goaded on by the deeply anti-Israel (not to mention anti-Semitism-harbouring) Labour party leader Jeremy Corbyn, May, for the second time in a fortnight, chose to berate the President of Britain’s closest ally. Captured by the logic of the UK’s Foreign Office, May announced:

«We disagree with the US decision to move its embassy to Jerusalem and recognise Jerusalem as the Israeli capital before a final status agreement.

«We believe it is unhelpful in terms of prospects for peace in the region. The British Embassy to Israel is based in Tel Aviv and we have no plans to move it.

«Our position on the status of Jerusalem is clear and long-standing: it should be determined in a negotiated settlement between the Israelis and the Palestinians, and Jerusalem should ultimately be the shared capital of the Israeli and Palestinian states.

«In line with relevant Security Council Resolutions, we regard East Jerusalem as part of the Occupied Palestinian Territories.»

There is something which the entire world ought to recognise about the British government’s attitude towards «occupied territory», which is that the august entity in Whitehall still believes that land in northern Israel should be returned to Syria’s Bashar al-Assad. Even now, the greatest minds of the Foreign Office in London advocate that Assad has not had enough territory to immiserate and destroy in recent years. Who knows, perhaps President Assad could have killed more than a half a million people in his country’s civil war if he could only have got an extra sliver of land?

Perhaps May feels the pressure of the Foreign Office status quo. Or perhaps she feels the pressure of Jeremy Corbyn’s band of anti-Semites at her back. Or — who knows — perhaps she worries about the millions of British Muslims from South Asia who can occasionally be whipped up into believing that the prime responsibility of Muslims worldwide is to rage about Middle Eastern politics — only of course if Jews are involved (otherwise they remain placid). Certainly that appeared to be on the national broadcaster’s mind, with the BBC choosing to go straight to the Muslim-dominated city of Bradford to ask South Asian Muslims there what they thought about Jerusalem.

There have been reactions around the world to US President’s historic announcement. Trump comes out of the whole situation well — taking on a promise that his three predecessors made, but on which only he had the courage to act. Those who have most forcibly criticised him, on the other hand, have shown something weak, as well as ugly, about themselves: When the facts on the ground were staring them in the face, they chose instead to bow to domestic fantasies of their own creation.

President Trump: The Courage to Act
by Douglas Murray
December 11, 2017 at 5:30 am
https://www.gatestoneinstitute.org/11525/trump-jerusalem-courage