It is now a fortnight since President Trump made his historic announcement about the status of Jerusalem. The speech which announced that America would drop the pretence that Jerusalem is not the capital of the State of Israel was relayed live around the world. Across the major networks and the world’s front pages the response was almost unanimous. They proclaimed this a major foreign policy blunder which would lead to any number of problems including — many predicted — an immediate «third intifada.»

The world’s cameras immediately turned to Bethlehem where a small group of enterprising Palestinians burned an American flag for the cameras. This picture went around the world. Otherwise, not very much appeared to be happening. Hamas called for a «Day or Rage» — as opposed to the days of peace and harmony the terrorist group ordinarily calls for — but this did not spill out very far. The Friday immediately following the announcement might have been a flashpoint, tempers being famously frayed after the act of afternoon worship. And yet, as the BBC’s veteran reporter Jeremy Bowen tweeted from the scene, «At Damascus Gate in Jerusalem press pack outnumbering demonstrators.» The fabled «Arab Street» had been meant to rise up. And it did rise up. But not in the Arab world.

In London, the American Embassy was the scene of a protest called for by a number of prominent left-wing and Labour party activists as well as a some Muslim groups. The Labour MP Andy Slaughter was among those who addressed the crowds. This swiftly arranged protest soon degenerated into the usual anti-Semitic rally, with the crowds chanting «From the Rivers to the Sea Palestine will be free» (that is «There will be no Israel at all, not even a sliver of the land»). And the crowd also chanted «Khaybar Khaybar, ya yahud, Jaish Muhammad, sa yahud». That is, «Jews, remember Khaybar, the army of Muhammad is returning.» For the crowd outside the American embassy in London, threatening Jews with the memory of the seventh century obliteration of a Jewish community near Medina was clearly an entirely appropriate move.

Meanwhile, in Amsterdam, a man carrying a Palestinian flag and wearing a keffiyah headed to a heavily Jewish quarter of the city. There he proceeded to smash in the windows of a kosher restaurant. The whole thing was caught on camera. Again it appeared to make perfect sense to the assailant. The American president recognised Jerusalem as the capital of the state of Israel and this man headed out to carry out a replay of Kristallnacht at a Jewish business on a Dutch street.

Further north, the situation was worse. In Sweden, the nation’s new local traditions immediately followed President Trump’s speech. Spontaneous protests erupted in the city of Malmö on the Thursday and Friday evenings after the Jerusalem announcement. In a city whose name has become a byword for the new, imported form of European anti-Semitism, the crowd shouted chants such as «We’re going to shoot the Jews». Further north, in the city of Gothenburg, things got even uglier. On Saturday night, a group of around 20 masked men attacked the local synagogue, hurling objects and Molotov cocktails. At the time of the attack, there was a youth event happening at the community centre connected to the synagogue. The 20-30 young people attending the event were herded down into the building’s basement as the gasoline began to be smelled. In Stockholm, meanwhile, the new «locals» contented themselves with setting light to the Star of David rather than to real live Jews as their compatriots in Gothenburg had tried to do.

In Germany, crowds of people recently imported into the country burned the Star of David, as well. Although German politicians condemned the action, taking place as it did in the centre of Berlin, there is little they can do about it. Last year there were 470 anti-Semitic incidents in the German capital alone. This constituted an increase of 16% in the single year from 2015 to 2016. Stories like that of a Jewish schoolchild — the grandson of Holocaust survivors — beingforced to leave his Berlin school earlier in the year after being attacked by Muslim students, is just one story that is making some Germans nervous.

In Germany, however, as in Sweden, Holland, Britain and every other country in Western Europe, there is no point in merely being nervous. It appears that the instinct that really has a point is wilful optimism. After this recent spate of attacks, the former Swedish politician Carl Bildt summed up the view of an entire establishment. While lamenting the anti-Semitism and misogyny of many migrants from the Arab world, Bildt wrote:

«Most refugees coming to our country from Muslim countries have adjusted to the values of tolerance central to our society. The fact that many of these people have often fled different systems of intolerance helps that process.»

Mr. Bildt, like so many other politicians of his generation, is now willing to admit some truths about the effects of mass migration which he would never have admitted even a few years ago. But the successor to silence turns out to be this blind, wilful optimism. It recognises that, sure, some of the migrants come to us with rampant Jew-hatred. And sure, some of them do not like women or gays. But in time they will become as friendly towards Jews as any other European.

Perhaps Mr Bildt is right to have his optimistic vision of the migrants becoming just like everyone else. Or perhaps — and a lot rides on this — he is wrong. Considering that possibility, all of these recent events present the most ominous possible warning-sign. Events such as those since President Trump’s announcement should be sending up the clearest possible flare. Yet it is one that too few people are still willing to see. It is taking people time to recognise that the fabled «Arab Street» did light up in recent days. But it lit up in Europe. 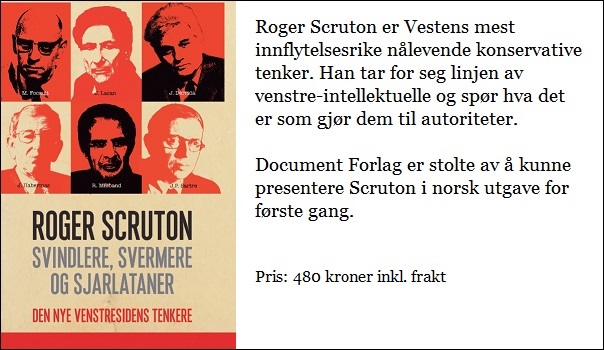