When the Law Opposes the Truth Rather Than Protects It

Photo: Michael Zehaf-Bibeau (32) The attacker, Michael Zehaf-Bibeau, was a 32-year-old Canadian habitual offender and drug addict from Montreal. Considered by several acquaintances to have mental issues, he had been observed by acquaintances and mosque staff exhibiting erratic behaviour. Zehaf-Bibeau, who had a Libyan-Canadian father, had converted to Islam in 2004 and visited Libya. At the time of the shooting, Zehaf-Bibeau planned to leave Canada for the Middle East, living in a homeless shelter in Ottawa while waiting for the processing of his Canadian passport application. According to RCMP Commissioner Bob Paulson the «passport issue was central to what was driving» Zehaf-Bibeau.[12] Zehaf-Bibeau made a video prior to the attack in which he expressed his motives as being related «to Canada’s foreign policy and in respect of his religious beliefs.»[13] To acquaintances and co-workers, he had previously expressed support for jihadists and others in the Middle East resisting the West’s intervention, but was not known to the police to be a terrorism risk. In his mother’s opinion, the attack was the «last desperate act» of someone with a mental disorder who felt trapped.[14]Canadian Muslim organizations condemned the attack.[15] wikipedia

The Canadian government suffers from many things. Among them is bad timing.

On Thursday of last week, the Canadian Parliament voted through a blasphemy law specifically designed to protect Islam. As Al-Jazeera was happy to report on Friday, the previous day’s vote condemned «Islamophobia and all forms of systemic racism and religious discrimination.» The non-binding motion that the Parliament passed also requested that a Parliamentary committee should launch a study to look at how to «develop a whole-of-government approach to reducing or eliminating systemic racism and religious discrimination, including Islamophobia». The motion passed by 201 votes to 91.

It is just as well for those 201 Canadian legislators that they were debating all this in their distinguished national Parliament rather than the mother of all Parliaments. For had these legislators been in the House of Commons in Westminster, their thoughts may have taken on a sharper focus.

For one day earlier, the British House of Commons lived through an example of rampant Islamism rather than «Islamophobia». And although nobody in Westminster decided to turn into a crazy Muslim-hating bigot, they did manage to see what a hateful Muslim bigot could do when armed with the simple weapons of a knife and a motor vehicle.

The Canadian Liberal MP Iqra Khalid, who introduced the motion in Canada, proclaimed that the introduction of a de facto Islamic blasphemy law in Canada was needed because «We need to continue to build those bridges among Canadians, and this is just one way that we can do this.» Hours before she said that, one of Khalid’s co-religionists was using a bridge built more than a hundred and fifty years earlier for a very different purpose.

Khalid Masood of Birmingham chose to use an older bridge to drive at high speed into crowds of Londoners and tourists. On his rampage, he managed to injure people from 11 countries. He succeeded in killing Kurt Cochran, an American on holiday in London with his wife to celebrate their 25th wedding anniversary. He also killed Aysha Frade, a British national of Spanish and Cypriot descent who had been walking across Westminster Bridge to pick up her two young daughters from school. He also killed Leslie Rhodes, a 75-year old retired window-cleaner, described by a neighbour, who sat at his bedside in hospital as he died, as «the nicest man you ever met.» 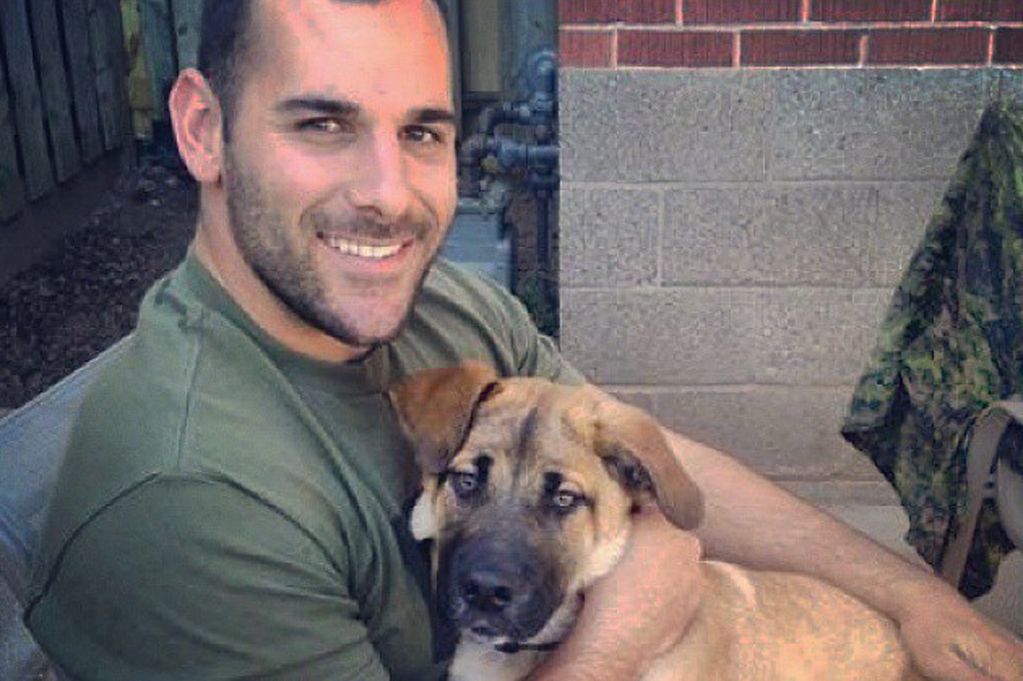 Photo: Nathan Cirillo was killed standing guard at the National Monument in Ottowa in 2014.

As with the Islamist attack on the Parliament building at Ottawa in 2014, the assailant got disturbingly close to the very centre of power in the land before being shot dead.

So, we come to the central problem of what the Canadian Parliament did at the same time that the British Parliament was being assaulted. What are we allowed to say about this? Or at least what would we be allowed to say in Canada?

So far, we know that the perpetrator of the London attack was a 52-year old convert to Islam who appeared to have been influenced by Wahhabism, but whose particular aims or intentions remain, for the time-being, unknown. Unlike the murderers of British soldier Lee Rigby in 2013 (one of whom carried on his person a note to his children with numerous Quranic references explaining why he was doing what he was doing, and why it was right) Khalid Masood appears to have left no note. Nor has any suicide-video yet emerged.

But it is not unreasonable to speculate that he was motivated or inspired by ISIS. The group has claimed his attack for their side of the terror ledger and the style of the attack certainly conforms to the type called for by the group. But beyond this, what are we allowed to say? Or what would we be allowed to say in Canada?

Would we be allowed to ask who ISIS are inspired by? The question must linger. It must be hovering over the mind of many a Canadian journalist as they ponder the terrorist attacks that have previously taken place in their country and wonder how they would go about reporting an attack such as that in Westminster last week.

History suggests that when the law makes it illegal to tell the truth, a reliable portion of people can be called upon to lie. So it has been in the past. And so it will be with Canada. So it would be anywhere once the law became an opponent of truth rather than the protector of it.

Thanks to the Canadian Parliament and their lack of curiosity about a deeply opaque but ambitious word («Islamophobia»), the Canadian press and public will have to stop certain inquiries into the truth about the events of our time. Who — apart from the good legislators of Canada — could possibly believe that the world will benefit from such censoring? And at such a time as this? To adopt a well-known expression: those whom the gods would destroy they first make ignorant.

When the Law Opposes the Truth Rather Than Protects It
by Douglas Murray
March 27, 2017 at 5:00 am
https://www.gatestoneinstitute.org/10118/canada-islamophobia-censorship

Why Does the West Keep Colluding with Terrorists? - 9. april 2017