Before coming to the alarming parts of this, let me break the good news. The motion is non-binding, having been proposed not by the government but by backbench MPs. Secondly the coalition government officially made it a «matter of conscience» vote, though behind the scenes advised its own MPs to stay away and so abstain from the vote. Thirdly the UK government announced in advance of the vote that if the result of the vote was a passing of the motion then the UK government would not accept the vote as in any way binding.

Now the bad news. The Labour opposition whipped the vote. That is they ordered their MPs (albeit under the weakest «one-line» whip) to vote for the recognition of a Palestinian state. Secondly, despite the much-vaunted «Israeli lobby» claims made by anti-Israel campaigners, very few British MPs felt compelled to turn up and offer a coherent explanation of why a unilaterally-declared Palestinian state would be a disaster. And thirdly, of course, all this means that on Monday night British MPs voted for the creation of a racist, terrorist state. This is a point that is worth dwelling on.

Because of course the House of Commons is filled with people who would like to flaunt their anti-racist credentials. Some of them have spent years running off the moral capital of having opposed the racist apartheid state of South Africa. And as we know – and as we saw again in the recent debate over whether or not Britain should join the international campaign against ISIS – there are plenty of MPs who like to show that they are tough on terrorists. Yet here they were on Monday night trying to will into existence – against the will of the only relevant negotiating partner on the ground – a state which in the words of Palestinian Authority [PA] Chairman Mahmoud Abbas, speaking last year, «Would not see the presence of a single Israeli – civilian or soldier – on our lands.» [http://www.jpost.com/Middle-East/Abbas-wants-not-a-single-Israeli-in-future-Palestinian-state-321470] 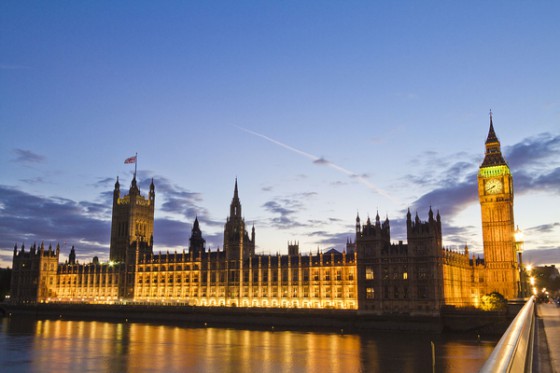 The Palace of Westminster, London

Of course the state of Palestine would not only be free of Jews, or Judenrein, it would be a state that would imminently be taken over by the most hardline forces in a hardline region. Fatah and Hamas are of course currently in the middle of another ‘unity deal’. And as they reflect on how long this latest deal will last, Fatah officials may perhaps be dwelling on the fate of their colleagues in Gaza. After all, the bloodthirsty 2007 Hamas coup against Fatah forces in Gaza is hardly ancient history. Whenever there has been the opportunity to ask Fatah officials what certainties they have that their own fate in the West Bank would not be– like their colleagues’ – to be shot or thrown off tall buildings, I have never received a response more reassuring than a nervous laugh. The fact is that Fatah and PA officials in the West Bank have no knowledge or certainty of their future. It was only two months ago that there was a sign of just how long this latest deal is likely to last. In August of this year, no less a figure than Mahmoud Abbas himself accused Hamas of smuggling money and ammunition into the West Bank in order to stage a coup against his PA. [http://english.al-akhbar.com/node/21402] When Hamas carries out a coup in «Palestine» as it did in Gaza, will the international community intervene? Or will it accept the new status quo – just as it did in Gaza?

It is a point worth pondering. After all, a Hamas-run state in the West Bank would have even clearer intentions than the Fatah / PA unity government has. In a 2010 speech the Hamas official Mahmoud al-Zahar, explained that the goal of Hamas was not limited to domination in the «Palestinian territories.» He said:

This is not the one-off speech of a major official. It is the bread and butter of Hamas. It is what they literally live and die for.

All of which might sound familiar to anybody reading their papers today. It is the same Islamist supremacist cry that goes up from the jihadists across almost every continent. It is what fighters for ISIS are saying next door in Syria and Iraq. It is what aspirant fighters, «successful terrorists» and arrested jihadists have said in European capitals for years. It is what al-Qaeda say. And it is what the proxies and officials of Iran say every day. The creation of another Palestinian state, in the West Bank, at this time, will simply lead to another state requiring international intervention which will itself doubtless lead to further anti-Western and anti-Israeli opprobrium.

Of course none of those speaking for the creation of this Palestinian state took any of these real and serious obstacles to heart. But with what grandeur and lofty flicking of the wrist did they dismiss the concerns of those few MPs who tried to row against this tide. The young Conservative MP Matthew Offord tried to point out the glaring inconsistency of Britain intervening to stop one Islamist group (ISIS) rampaging through Syria and Iraq while inviting another (Hamas) to run roughshod in their new state in Palestine. Did the House care to listen? No, they repeatedly interrupted him. One Tory grandee, Sir Edward Leigh, decided to interrupt by saying:

‘My hon. Friend said that he had not intended to speak and he seems to be making up for that by reading, at great speed, from an Israeli Government handout.’ [http://www.publications.parliament.uk/pa/cm201415/cmhansrd/cm141013/debtext/141013-0003.htm]

And there it is. All efforts to stop this mad rush to declare a Palestinian state, without Israel’s agreement as assured under international law, are dismissed as «Israeli government propaganda.» The idea that sensible people can sensibly object is washed away. «This is the South Africa of our times, don’t you know,» they say. And indeed it is. But it is an apartheid, pre-Mandela South Africa that they are willing into existence. And one with a truly global agenda. Monday’s vote will do nothing to advance peace in the Middle East. But it has shown hundreds of our leglislators in Britain to be more interested in moral posturing than in either honoring the rule of law or preventing a future war.