Critics claim the 400 million was a ransom payment. The White House and State Department deny it emphatically.

The United States sort of owes Iran money. In 1979, the previous government of Iran’s Shah Reza Pahlavi paid 400 million dollars for weapons. The US never shipped the purchased weapons because Ayatollah Khomeini overthrew the Shah’s government and took 52 Americans hostage.

We could have given the money back, but the new Iranian government declared war on us and kidnapped our diplomats, so we didn’t. The Obama administration says we’re just paying Iran back, but the Iranians insist otherwise.

“Taking this much money back was in return for the release of the American spies,” Iranian General Mohammad Reza Naghdi, commander of the Basij militia, said on Iran’s state-run television.

Only the willfully ignorant would claim the American government never lies about anything. Still, Washington is more honest and reliable than Tehran. And State Department spokesman John Kirby insists this is nonsense.

“The negotiations over the settlement of an outstanding claim…were completely separate from the discussions about returning our American citizens home,” he said. “Not only were the two negotiations separate, they were conducted by different teams on each side, including, in the case of The Hague claims, by technical experts involved in these negotiations for many years.”

That’s probably true as far as it goes. If the US owes Iran money, paying it back isn’t the same as paying a ransom because ransom money is extorted rather than owed. Fine.

But that’s not the whole story.

“American victims of Iranian terrorism won judgments against the Islamic Republic in U.S. courts,”Lee Smith writes in the Weekly Standard, “and the Clinton administration, as a Newsweek article reported in January, promised that the settlements would be paid out of the $400 million. But the Clinton White House never reimbursed the Treasury Department, nor did the Bush administration. The $400 million that Obama aides say belongs to Iran should have long ago been distributed to Iran’s American victims and their families. Instead, it was U.S. taxpayers who compensated the victims of Iranian terror. And then we paid $400 million a second time, in January, to the Iranians themselves. The $1.3 billion of interest that the United States is supposed to have owed the Iranians is simply a fiction the Obama administration contrived to sweeten the pot, since the United States was under no legal obligation to pay Iran money that was no longer Iran’s.”

But let’s put that aside for the sake of discussion. It’s not the whole story either. Assuming the United States legitimately owed Iran this 400 million, what’s up with releasing four American hostages at the very same moment the money arrived?

Did Iran’s ruler just up and decide to release these people because he had a guilty conscience?

Why did the Iranian government snatch these four in the first place? These people had no connection to each other. They were arrested—kidnapped—at different times and in different places. They were all charged with crimes.

Something happened. If it wasn’t the 400 million dollar cash payment, what was it?

Only conspiracy theorists believe there are no coincidences, but some kind of a quid pro quo is a far more plausible explanation than a long chain of extraordinary coincidences.

Paying a ransom that isn’t technically a ransom encourages hostage-taking almost as much as paying a regular ransom. Which is why we shouldn’t do it.

One of the freed hostages, Saeed Abedini, said that he and the other three were ready to go at 10:00 pm but had to spend the night in the airport, and he complained to his captors about it. “The reason they said you’re here in the airport,” he said, “is because we are waiting for another plane.” The Iranians didn’t mention that there was money on the plane they were waiting for, but the hostages’ own plane was already gassed up and ready to go. It had been parked at the airport all night. They were waiting for another plane, but they weren’t waiting to switch planes.

State Department Spokesperson Elizabeth Kennedy Trudeau disputes Abedini’s claim even though he was there and she wasn’t. 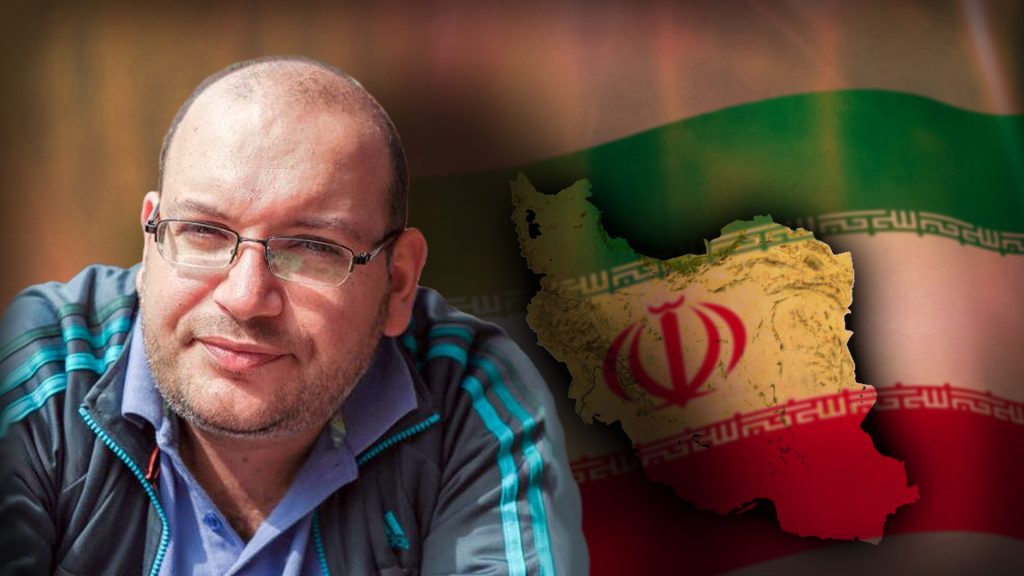 “I’m not going to get into the tick-tock of specifics,” she said in a press conference on Monday, “but claims that our freed Americans were not allowed to depart Iran until a plane full of cash landed anywhere are false. As U.S. officials have previously publicly discussed, there was a delay in our citizens being released that day that had nothing to do with the Hague settlement and was related to resolving some last-minute issues solely related to the prisoners – most importantly, locating and ensuring all of the individuals who were involved with the prisoner swap were on the plane and ready to depart – Mr. Rezaian (foto), Mr. Abedini, Mr. Hekmati. Suffice it to say getting all the pieces put into place, making sure our citizens were released, and with our reciprocal goodwill gesture of providing relief to certain Iranian citizens here in the United States, required delicate diplomacy up to the end. So I think that answers your question.”

Matt Lee from the Associated Press found that an unsatisfactory answer and continued to badger Trudeau.

TRUDEAU: I’ve given you the answer I can give.

LEE: So there is no attempt on your part to uncover more information about what…

TRUDEAU: We’ve given you what we can give, Matt.

LEE: So it’s basically a waste of time to keep asking about it? Is that what you’re saying?

TRUDEAU: Pretty much. Yeah. I appreciate the question. As we’ve said, we’re not going to get into a tick-tock. We’ve explained what the delay was for the plane with the Americans leaving, and I’ll leave it at that.

We all need to be clear about something. As Lee Smith writes, “Hostage-taking is a key instrument of Iranian statecraft. Tehran has found it useful for its adversaries to understand that it is willing to violate international political and diplomatic norms to have its way…It’s simply how the Iranians do things. Hezbollah, Iran’s praetorian guard in Lebanon, took plenty of Americans and other nationals hostage in Beirut in the 1980s. In order to free them, the Reagan administration gave weapons to Iran, Hezbollah’s patron.”

Even so, let’s just say for the sake of argument that this didn’t even resemble a ransom payment. Let’s pretend, for the sake of discussion, that Iran released its hostages because it had a guilty conscience and that the arrival of the 400 million in cash was a total coincidence. And let’s also pretend—while acknowledging that we’re venturing deep into an alternative universe here—that the 400 million shouldn’t have gone to the American victims of Iranian terrorism and hostage-taking.

Washington was still wrong to pay Iran the 400 million.

Because the United States shouldn’t give money to any nation for any reason that we aren’t at peace with. Would Washington have paid back a loan to Nazi Germany in 1943? Of course not. Would the US have given diddly-squat to the Taliban after 9/11? No way. Nor were Osama bin Laden’s 100 million dollars in assets ever unfrozen.

Far fewer Americans would have problem returning 400 million dollars to Iran if the payment came at the absolute end of hostilities and the beginning of an era of peace and cooperation, but that’s not even close to what’s happening.

Look. Refusing to pay a ransom isn’t about the money. Governments can afford it. Taxpayers won’t even feel it. It’s about refusing to endanger the life and liberty of American citizens abroad by refusing to make kidnapping profitable.

“The trouble is,” says NPR reporter Michele Keleman, “since then, Iranian authorities have arrested more Westerners. They’re now holding three Iranian-Americans as well as dual nationals from the U.K. and Canada.”

Iran Payment Wasn’t Ransom, But It Was Ransom