Trump was called out on the platitudes during an interview with MSNBC on Friday. Asked to condemn the Kremlin’s alleged involvement in the assassination of reporters, he responded: “Our country does plenty of killing also.”

In a heated interview on ABC’s This Week on Sunday, Trump said: “In all fairness to Putin, you’re saying he killed people. I haven’t seen that. I don’t know that he has.”

Trump challenged reporters to name a journalist who had been killed in Russia at the hands of the government. Host George Stephanopoulos cited the 2006 murder of investigative reporter Anna Politkovskaya, which some activists have long linked to the Russian government.

“If he has killed reporters I think that’s terrible,” Trump replied. “But this isn’t like somebody that’s stood with a gun and he’s taken the blame or he’s admitted that he’s killed. He’s always denied it.

On Sunday, Trump defended his endorsement by and of Putin, arguing he would “get along [with him] very well for the good of our country”.

“Obama doesn’t get along with Putin,” Trump said. “Putin can’t stand our president and it’s causing us difficulty and frankly, I said it a long time ago, if Russia wants to bomb the hell out of Isis and join us in that effort, then I’m absolutely fine with it. I think that’s an asset not a liability.” 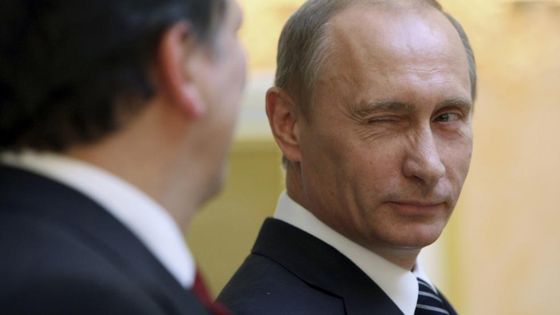