Bob Graham, who was chairman of the US Senate Intelligence Committee, at the time, says that an inquiry he led uncovered evidence that the Saudis were the “principal financier”.

However, a 28-page chapter of the final report, believed to point a damning finger at the Saudi hierarchy, was redacted by the second President Bush.

“The effect of withholding [the 28 redacted pages] has been to embolden Saudi Arabia to be a continuing source of financial and human terror resources,” Mr Graham told The Times.

The suppressed chapter holds the potential to reshape US policy in the Middle East, he believes. Now retired, Mr Graham is demanding that the suppressed pages be released — a campaign that has now won backing in the US Senate for the first time.

The former Florida senator and governor argues that by keeping the pages hidden, the White House has signalled that Saudi Arabia has “impunity — protected not only from sanctions, but even from disclosure”. He said that the secrecy had helped elements within Saudi Arabia to continue to propagate their extreme Wahhabi version of Islam, and to pour money and manpower into al-Qaeda and “the initial phase of Isis”.

Thomas Massie, a Republican congressman from Kentucky, said of reading the chapter: “I had to stop every couple of pages . . . to rearrange my understanding of history. It challenges you to rethink everything.”

Another person who read the redacted pages suggested that the contents would embarrass the Saudi royals and the family of George W Bush. 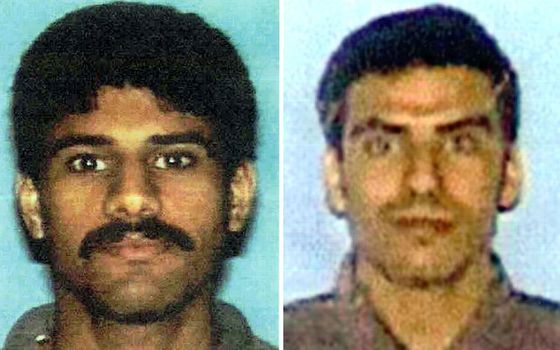 The pages are thought to deal, in part, with Nawaf al-Hazmi and Khalid al-Mihdhar, two Saudi Arabians who helped to hijack the American Airlines jet that was flown into the Pentagon as part of the attacks. While living in Southern California, they were allegedly supported by Omar al-Bayoumi, a Saudi citizen said to have been in contact with the Saudi Embassy in Washington. The Saudi government has denied that he was a spy.

Hazmi and Mihdhar were in contact with Osama Basnan, another Saudi citizen, whose wife is said to have received money — ostensibly for medical treatment — from a Saudi princess.