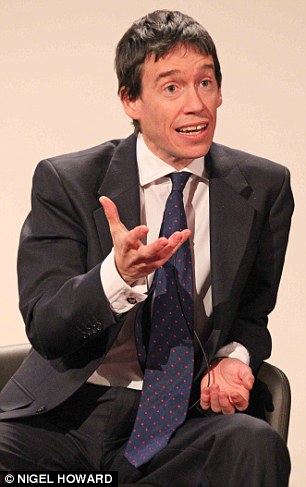 There were only three UK military personnel outside the Kurdish regions of Iraq, compared with 400 Australians, 280 Italians and 300 Spanish, when the MPs visited Iraq before Christmas.

This is despite David Cameron claiming that defeating IS – also known as Daesh and Isil – was a ‘priority’ for Britain. In December last year, he said: ‘We must, with our allies, use everything in our power to defeat it. That means combating terrorism. It means defeating Isil in Iraq and Syria.’

But the report says it is ‘very surprising that the UK Government is doing so little’, given the rise of Islamic State has proven the ‘sum of all our fears’.

‘Given that Daesh is the most dramatic and significant threat to regional stability and international security to have emerged in the Middle East in decades, we are surprised and deeply concerned that the UK is not doing more,’ it will say.

The criticisms come after the Daily Mail revealed the Government had delayed a decision to send hundreds of troops to train Iraqi forces for fear of casualties in the run-up to the general election.

Committee chairman Rory Stewart MP said: ‘Daesh controls territory equivalent to the size of the UK, has contributed to the displacement of millions, destabilising and threatening neighbouring states, and providing a safe haven to an estimated 20,000 foreign fighters – many dedicated to an international terrorist campaign.

‘Yet the role that the UK is playing in combating it is strikingly modest.’

If Britain does not properly respond to the ‘threat and horrors represented by Daesh’, there will be political ramifications.

It would ‘heighten perceptions’ that the UK has ‘stepped back from its international role’ and could risk undermining wider commitment to the US-led coalition.

The report adds: ‘It would undermine the UK’s national security interests through destabilisation of the region and through Daesh’s sponsorship of terrorist attacks and training of British foreign fighters in military tactics, which could be used upon the UK public following their return home.’

The MPs said there was a ‘significant gap’ between the rhetoric of Britain and its partners and the reality of the campaign on the ground. While the politicians did not call for combat troops on the ground, they said the UK should increase its support from the air and meet the request from the Iraqi army to provide training in counter-IED (Improvised Explosive Device) skills.