Even after witnessing several beheadings and mass executions, American and Western strategists dealing with Jihadist terror still miss the key point. Whatever the particular terrorist group of the moment — the Islamic State [IS or ISIS], Hamas, al-Qaeda, or some other kindred terror organization — the core struggle is never really about territory, geography, or democracy. Always — in Iraq, Afghanistan Syria, or Gaza — this enemy seeks something far more important and compelling. In essence, Jihadi violence serves not only to advance the terrorist’s delusion of immortality, but also to add, however perversely, an apparent and desperately needed erotic satisfaction, using religion as the justification. 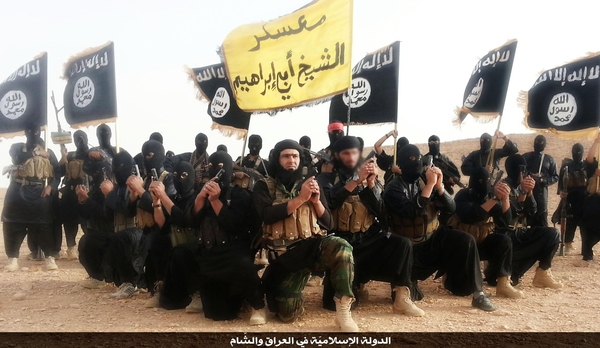 This core point is not difficult to understand. Persuasive promises of immortality — the desperate hope to live forever — underlie virtually all major religions. Yet this point remains neglected or misunderstood in Washington, Jerusalem, and all other Western capitals.

The Jihadi terrorist claims to «love death,» but in his or her mind, that «suicide» is anything but final. Ironically, these Islamist terrorists aim to conquer mortality by «killing themselves.» The would-be killer has been promised that death will represent just a trivial and momentary inconvenience, a minor detour on just one more glorious «martyr’s» fiery trajectory toward a life everlasting, in Paradise.

How can one ever hope to counter such a seductive promise? How can any promise compete with the incomparable promise of immortality?

The answer has little or nothing to do with currently envisioned applications of military force, whether as so-called «boots on the ground,» or as aerial bombardments.

If the problem of IS and other terrorist groups were just military, the associated threat could be solved by military acts. But as Islamist violence is expected to lead to promised martyrdom, the Jihadist terrorist will not be deterred by any threats of military reprisal.

In both conception and execution, Jihadist terror has little to do with land or politics or strategy. Rather, it is a routinely predictable and repetitive expression of «sacredness through violence» — taking pleasure in inflicting harm on assorted «unbelievers,» and then justifying it as doctrinally-based religious belief. This expanding network of carefully planned and staged homicides represents a current form of religious fervor: religious sacrifice, agrotesque practice that stems from pre-modern Islamic customs, which conveniently link each blessed suicide’s «martyrdom» with a selected victim’s ritual slaughter.

What about diplomatic solutions? As such sacrificial violence expresses «death for Allah», there can never be any room for meaningful negotiations. For America and the West, there will never be any advantages to concessions or compromises, especially if they are sequential.

There also should never be any expectations of reciprocity. If, for example, Israel were to offer any further territorial surrenders to Hamas, the Palestinian Authority, or Islamic Jihad, there could be no plausible hope for any suitable quid pro quo. The surrenders would be for nothing. In all likelihood, they will only be encouraged and strengthened by repeated and one-sided territorial surrenders and prisoner exchanges, such as the sorts of concessions made regularly (and foolishly) by Israel.

The connection between Islamist sacrifice and political violence has a long history, including links to ancient Greece. There, Plutarch’s Sayings of Spartan Mothers revealed the model female parent as one who had reared her sons expressly for civic sacrifice.

The deepest roots of all Jihadist terror — whether from Iraq, Syria, «Palestine» or elsewhere — originate, at least in part, from contemporary cultures that enthusiastically embrace similar views of sacrifice.

To us, in the West, these hopes may sound silly. Still, in this particular sphere of world politics, there can be no greater power — or illusion — than power over death.

Martyrdom operations, based upon a long-codified Muslim scripture, have been associated with Jihad since the beginnings of Islam. Jubilant, celebratory invocations for this twisted and prohibited-by-international-law species of warfare can be found in the Koran and also in the Hadith, the presumptively authoritative acts and sayings of Muhammad.

The implications for policy mean that our current and projected wars, including the well-intentioned presidential plan to «degrade» and «destroy» IS, are partially beside the point. Those responses are directed more at the symptoms of a pathology than replacing the underlying disease itself. Regrettably, they are unlikely to make any substantial dent in Jihadist thinking. Any effect on the desire of Jihadists to inflict harm may be only minimal.

A really good strategy needs to begin at the conceptual or psychological level. It is actually the Jihadists’ fear of death that leads them to suicide, always in the hope that any short-term «dying» — the vainglorious fantasy that «martyring» themselves — will enable them to live forever in Paradise, and as beloved heroes on Earth.

While Washington and Jerusalem seek «peace» — an end to bloodshed — as their overriding objective, these faith-driven adversaries appear to see «peace» as merely a pretext. Their real objective is jihadist victory over «unbelievers,» on the blessed road to a global caliphate.

This asymmetric view puts us all at a grievous disadvantage. While our Jihadist foes get ready for Paradise, by the slaughter of «infidels,» our own political leaders seem to remain blithely unaware of — or in denial about — their enemies’ fusion of sacredness with violence.

Among more «normal» conflict scenarios, America, Europe and Israel now need to consider mega-threats of both unconventional war and unconventional terrorism. Faced with determined adversaries — who are not only willing to die, but who actively seek their own «deaths» in order to live forever — Washington and Jerusalem should finally address the what needs to be done in addition to military remediation.

Sustained and selective armed force against IS and related Jihadist targets is certainly necessary and appropriate. However, it is also important to remind our leaders that force always needs to be combined with reinforcing efforts to convince these terrorists that their expected martyrdom is ultimately just an elaborate fiction.

Jihadists, in killing Americans, Israelis, and all other «unbelievers,» may not even intend to commit evil, so much as to do themselves and Allah good — and to do so with an absolute purity of heart. In their view, waging Holy War can never be shameful; it can only be heroic.

Going forward, our main task should be to systematically undermine these fantasies and doctrinal «underpinnings.» In conjunction with the recommended nuanced persuasions of military firepower, it can be done.

Louis René Beres is a Professor of International Law in the Department of Political Science at Purdue University.