Madam Speaker, actually I was expecting flowers from you. I am celebrating an anniversary these days. Exactly ten years and two days ago, I left a party whose name I cannot immediately remember. During these ten years and two days. I have been much criticized. Most importantly for always saying the same thing. 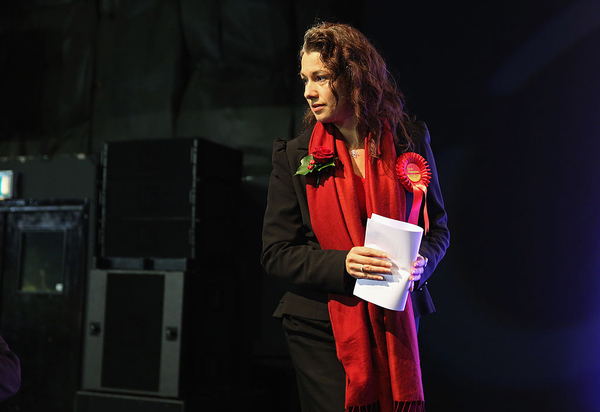 My critics are right. Indeed, my message had been the same during all these years. And today, I will repeat the same message about Islam again. For the umpteenth time. As I have been doing for ten years and two days.

I have been vilified for my film Fitna. And not just vilified, but even prosecuted. Madam Speaker, while not so many years ago, everyone refused to broadcast my film Fitna, we can today watch Fitna 2, 3, 4 and 5 daily on our television screens. It is not a clash of civilizations that is going on, but a clash between barbarism and civilization.

The Netherlands has become the victim of Islam because the political elite looked away. Here, in these room, they are all present, here and also in the Cabinet, all these people who looked away. Every warning was ignored.

As a result, also in our country today, Christians are being told: «We want to murder you all.» Jews receive death threats. Swastika flags at demonstrations, stones go through windows, Molotov cocktails, Hitler salutes are being made, macabre black ISIS flags wave in the wind, we hear cries, such as «F-ck the Talmud,» on the central square in Amsterdam.

Indeed, Madam Speaker, this summer, Islam came to us.

In all naivety, Deputy Prime Minister Asscher states that there is an «urgent demand» from Muslims to «crack down» on this phenomenon. Last Friday, in its letter to Parliament, the Cabinet wrote that jihadists are hardly significant. They are called a «sect», and a «small» group.

This is what those who look away wish, these deniers of the painful truth for ten years and two days, the ostrich brigade Rutte 2.

But the reality is different. According to a study, 73% of all Moroccans and Turks in the Netherlands are of the opinion that those who go to Syria to fight in the jihad are «heroes.» People whom they admire.

And this is not a new phenomenon. Thirteen years ago, 3,000 people died in the attacks of 9/11. We remember the images of burning people jumping from the twin towers. Then, also, three-quarters of the Muslims in the Netherlands condoned this atrocity. That is not a few Muslims, but hundreds of thousands of Muslims in the Netherlands condoning terrorism and saying jihadists are heroes. I do not make this up. It has been investigated. It is a ticking time bomb.

Madam Speaker, is it a coincidence that for centuries Muslims were involved in all these atrocities? No, it is not a coincidence. They simply act according to their ideology. According to Islam, Allah dictated the truth to Muhammad, «the perfect man.» Hence, whoever denies the Koran, denies Allah. And Allah leaves no ambiguity about what he wants. Here are a few quotes from the Quran:

Surah 8 verse 60: «Prepare to strike terror into the hearts of the enemies of Allah.»

Surah 47 verse 4: «Therefore, when ye meet the unbelievers, smite at their necks». We see it every day in the news.

Another quote from Allah is Surah 4 verse 89: «So take not friends from the ranks of the unbelievers, seize them and kill them wherever ye find them.»

Madam Speaker, the Koran on the table before you is a handbook for terrorists. Blood drips from its pages. It calls for perpetual war against non-believers. That Koran before you is the hunting permit for millions of Muslims. A license to kill. That book is the Constitution of the Islamic State. What ISIS does is what Allah commands.

This bloodthirsty ideology was able to nestle in the Netherlands because our elites looked away. Neighborhoods such as Schilderswijk, Transvaal, Crooswijk, Slotervaart, Kanaleneiland, Huizen, you name it. There, the caliphate is under construction; there, the Islamic State is in preparation.

During the past ten years and two days , the ostrich Cabinets did nothing. It has nothing to do with Islam, they lied to the people. Imagine them having to tell the truth.

The voters demand that, after ten years and two days of slumber, measures are finally taken. The voters demand that something effective happen. No semi-soft palliatives. Allow me to make a few suggestions to the away-with-us mafia. Here are a few things which should happen starting today:

Recognize that Islam is the problem. Start the de-Islamization of the Netherlands. Less Islam.

Close every Salafist mosque which receives even a penny from the Gulf countries. Deprive all jihadists of their passports, even if they only have a Dutch passport. Let them take an ISIS passport.

Do not prevent jihadists from leaving our country. Let them leave, with as many friends as possible. If it helps, I am even prepared to go to Schiphol [airport] to wave them goodbye. But let them never come back. That is the condition. Good riddance.

And, as far as I am concerned, anyone who expresses support for terror as a means to overthrow our constitutional democracy has to leave the country at once. If you are waving an ISIS flag you are waving an exit ticket. Leave! Get out of our country!

Madam Speaker, war has been declared against us. We have to strike back hard. Away with these people! Enough is enough!

Geert Wilders: «War Has Been Declared against Us»
A Speech in the Netherlands Parliament