Shockingly, in Belgium, history lessons about Nazism and the Holocaust are currently being used to infuse children with hatred against Israel.

The Belgian Ministry of Education funds an organization, the Special Committee for Remembrance Education(BCH), which provides teachers with ready-made templates for their history lessons. In its September issue,Joods Actueel, the largest Jewish magazine in Belgium, describes this educational material as «perverted.» The so-called Remembrance Education, the magazine writes, «has degenerated into an instrument to infect youngsters with hatred of Israel and anti-Semitism.» 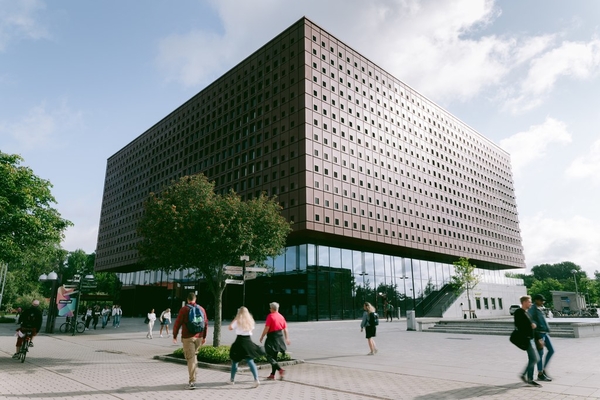 The atrocities committed by the Nazis are linked to the so-called atrocities of Israel. Teachers indoctrinated with teaching material provided by an organization that is sanctioned by the Ministry of Education, in turn indoctrinate the school children in their care.

The material of the Special Committee for Remembrance Education is frequently used by primary school teachers, who seem to have little knowledge of history. Two Belgian researchers, Jan Swerts and Kurt Monten of the Catholic College of Limburg, found that young people studying to become teachers know amazingly little about history. Many of them were unable to tell in which century the Second World War took place. They knew hardly anything about major ideologies such as Socialism and Communism. Ten percent of them even confused Zionism with Fascism. They are easy prey for the anti-Semites who author some of the material provided by the Special Committee for Remembrance Education.

The educational material also includes a «role play,» in which children must play Palestinians and Israelis. The Palestinians are invariably good people who are confronted by the Israelis, who are almost always bad people, with the exception of the odd Israeli with many Palestinian friends.

One of the roles assigned to a child is the following: «You have sympathy for the radical group Hamas. You live in Gaza and go to work every day in Israel. It takes you four hours to go to work as you need to pass the border control between Gaza and Israel. You are already on your way at 4 a.m. You have two children in primary school. As a consequence, the death of a Palestinian girl shot by Israeli soldiers in the school playground has shocked you deeply. Israel denies having shot the children, but according to representatives of the United Nations in Gaza everything indicates that she was killed by the Israelis. Hamas has fired six rockets towards Israel. Israel has to stop with its attacks.»

The Belgian Ministry of Education and the Special Committee for Remembrance Education fail to provide teachers with the information that Israel is the only democracy in the Middle East, or that the suffering of the Jews in the Nazi extermination camps is in no way be comparable to the situation in Gaza. It would suffice to point out that the Jews arriving in Auschwitz had only a few hours or a few days to live, while life expectancy for the Palestinians in Gaza and on the West Bank is 72 years.

The cartoon «Never Again, Over Again,» is the work of a Brazilian artist of Arab origin, Carlos Latuff, who is known for his anti-Semitic motifs and especially his preposterous claim that the Palestinians are in the same position as the Jews were under Nazi tyranny. He once depicted a Jewish boy in the Warsaw Ghetto as saying, «I am Palestinian.» In the 2006 Iranian Holocaust Cartoon Competition, Latuff won a second prize.

What would the 6 million Jews who died in Hitler’s extermination camps have said if they had known that 70 years later their deaths would be abused to indoctrinate schoolchildren with anti-Jewish feelings? Surely, they would have felt as if they were being killed twice.

That a Latuff cartoon is used in Belgian schools in lessons that are ostensibly designed to remember the Holocaust, is particularly worrying. They instill Belgian children aged 6 to 12 with a hatred for the Jews that is so deep that one day the «Never Again» may indeed become an «Over Again,» and with the same victims as before: the Jews. The authorities, such as the Belgian Ministry of Education, that have facilitated the indoctrination of children with this anti-Semitism, will be directly responsible.

«To the editorial office of Joods Actueel

The Special Committee on Remembrance Education ( an organisation that represents  a number of major actors in the field of remembrance education, the school advisory boards of the various educational networks and the Flemish Ministry of Education and Training) strongly rejects  the accusations made in the article. We ask the editorial office to publish our right of reply in the next publication.

The Special Committee on Remembrance Education is a project group, commissioned by the Flemish minister of Education, and therefore holds a public function. Since 2008 the committee strives to stimulate  remembrance education. In this respect the committee argues in favor of a more qualitative approach to the subject, based on three main principles : (1) knowledge and insight; (2) empathy and solidarity and (3) reflection and action. To reach a wide range of teachers the Special Committee started a collaboration with KlasCement, an organization that holds a database with educational materials. This organization also works under the commission of  the Flemish government. BCH emphasizes that the two cases, discussed in the article, were not published in the database of Remembrance Education. They were part of the main database KlasCement. We strongly want to underline that all items published in the database ofRemembrance Education have been moderated and verified by our employee. In the process the vision text Touchstone Remembrance Education served as a benchmark.

Finally, we regret that the two items were brought under the heading of a «leftwing propaganda machine». The mission of BCH especially stresses the opposite. Our vision text marks the importance of the historical context by teaching historical en present-day conflicts and alerts to the danger of comparison by searching timeless processes and mechanisms.