Jewish teenagers in Belgium quit their schools because of anti-Semitism 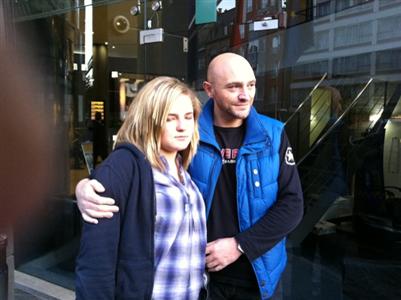 Like every Friday, as part of the day school activities, 13-year-old Oceane Sluijzer goes to the sport training center in Neder-Over-Hembeek, a Brussels suburb, where she plays football.

There she meets other girls from the same nearby secondary public school. Many of them are from Moroccan origin and Oceane feels sometimes difficult to be integrated and to be treated well.

She was in fact excluded from the group because of her look, she is blond, and because she is not of Arab descent, she says.

Two weeks ago, the shy Jewish girl came as usual at the center and found again the same situation. But this time she started a discussion. “Why don’t you respect me?,” she asked a group of four girls. “Is it because I am not Arab?”.

Then, after the discussion heated up, one of the Muslim girl, the group leader, shouted at her: “Dirty Jew, shut up and return to your country,” words that she repeated.

Oceane didn’t know how to react to the anti-Semitic insult but responded: «I will not shut up and I am already in my country.»

She then received two slaps in the face before being badly beaten by one of the girl for several minutes. It was only thanks to her Indian girlfriend that she could get out of the situation. «If she would not have been present, my daughther would maybe have been killed,» explained her father, 44-year-old Dan Sluijzer.

Suffering a head concussion and face injuries, she went to hospital. She talked on the phone to her father who told her to go straight to the police station to fill a complaint.

Since then she didn’t return to her school and was so scared that she even didn’t went out of her home. But she decided to change of school. The Jewish school was one option, but she felt Hebrew and religion were “too much” for her in the middle of the year.

In an joint interview with Israel’s daily newspaper Yediot Aharonot and European Jewish Press, last Thursday, along with her father, the girl said policemen told her that the four girls would be questioned, would be told that this was not permitted and that if they do it again the complaint would go further.

Police reportedly asked the girl and her father not to say that this was an anti-Semitic act.

«I feel better today than when it happened but it is still difficult for me psychologically because I cannot understand this violence, that such things can happen. I would never imagine that things can go to that point.»

«The problem is that the other youths, who are not Muslims, are scared and don’t want to react or intervene,» Dan Sluijzer, a professional actor, said.

She even didn’t heard from her school after the aggression, not from the headmaster nor from teachers or classmates. «I only received support phone calls facebook messages from fellow comrades of the Hashomer Hatsair youth movement.»

Already before the event took place, the father went to see the school principal to make him understand that there was a problem of anti-Semitism in his school.

«He told me: Mr Sluijzer, they are kids. Don’t generalize what happens.» Oceane and her 16-year-old sister Salome are the sole Jewish students of the “Athenee Les Pagodes”, a school in a quiet neighborhood of mixed social population.

Oceane’s father believes that the new school, located in a different area of the city, will be able to protect her this time . «Jewish religion is teached. This didn’t exist in the other school.»

Oceane doesn’t feel that her attackers are the «winners» because she left. One of the girl was expelled definitively from the school and two others for three days. They were told to prepare a research work on the Holocaust and the deportation of Jews.

The school principal declined any comment to Yediot Aharonot and EJP «because there is an appeal from the sanctioned girls still pending,» said Faouzia Hariche, who is in charge of public instruction in the city of Brussels.

Dan Sluijzer deplored the indifference of the Belgian authorities «like it was in 1940.» . «They prefer to let people fight each other.» Only Brussels Jewish parliamentarian Viviane Teitelbaum reacted and was to first to inform about the aggression.

In the beginning Sluijzer felt «hatred towards the Muslims but also towards the authorities because nobody say or do something.»

«I would have expected from political parties to tell my daughter: we understand what happened and we will act so that this could not happen again.»

«Unfortunately nothing happened,» deplored Dan Sluizer, whose father’s family members in Holland were deported to Auschwitz. Only two of them survived.

«Jews in the world are fighting for Israel. When people attack Israel, it’s like they attack me. So when somebody attacks me I want also Israel to be next to me.»” But he thinks that the responsibility to protect the Jews lies more in hands of the local authorities.

Besides the aggression against Oceane Sluijzer, Jewish groups also reported the case of a 16-year-old Jewish student at the upscale European Brussels School where boys of the same age repeatedly called her “Dirty Jew” and harassed her because they disagree with Israel’s policy towards the Palestinians.

Her mother complained to the school but the reaction was rather unsatisfactory. Camille left for the Ganenou Jewish secondary school.

«It is unfair, the victim must leave,» commented the mother.

«Why are Jews in Belgium scared?,» titled a Belgian magazine.