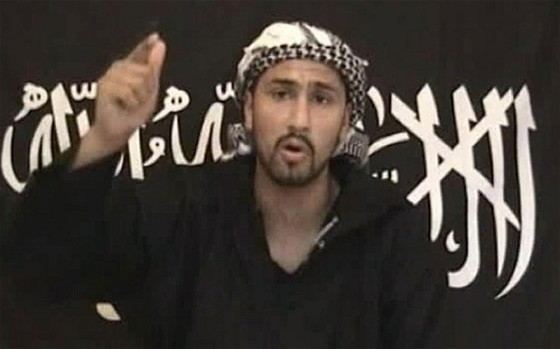 Abdulla Ahmed Ali, the ringleader of a suicide plot which could have killed 10,000 people, has gone to the European Court of Human Rights to claim his human rights were infringed by publicity before he was convicted of conspiracy to murder.

He alleges the jury would have been prejudiced by media coverage of a previous trial.

If Ali is allowed a full hearing by the court – and then wins his case – it would open the way for him and his fellow plotters to launch a new bid in the British courts to have their convictions quashed, using the European ruling to convince British judges that their convictions are “unfair”.

Although the case is still an early stage it will be seen by observers as another threat to the sovereignty of British law.

Chris Grayling, the Justice Secretary, said the case highlighted why there was an urgent need for reforms to human rights laws – and how the Strasbourg court was increasingly willing to interfere in Britain’s justice system.

“This is yet a further example of why things cannot go on as they are,” he said.

“It is unacceptable to have a situation in which claims to the European Court of Human Rights are actually being used to undermine our justice system.

In the new Strasbourg challenge, Ali claims “adverse publicity” by the media between his trial and his retrial meant his conviction breached human rights laws.

He claims media reports of his initial conviction will have skewed the jury’s decision in the second court case.

Mr Justice Henriques, the British trial judge, heard a similar claim by Ali’s defence lawyers at the time and ruled he had “no fears that the jury will be influenced by those earlier press reports”.

British judges at the Court of Appeal have already ruled the case does not merit a hearing. But by going to Strasbourg the terrorist has another chance to seek to undermine his conviction.

The Telegraph can disclose that the European Court of Human Rights has already examined Ali’s application and allowed it through the first stage of consideration for a full hearing.

His case was then adjourned last month because more information was needed to establish whether his case was admissible.

The British government has been asked by the European judges to answer a series of questions about Ali’s prosecution to establish whether he had a “fair trial by an impartial tribunal” as required under Article 6 of the European Convention on Human Rights.

In particular, the government has been asked to provide more information about directions given to the jury by the judge at the retrial, and to give its view on whether he had a fair trial in light of media coverage at the time.