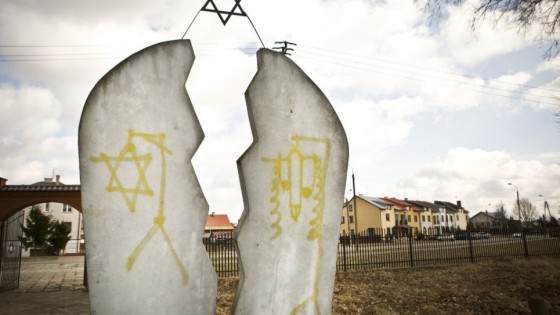 But according to Hebrew University professor Robert Wistrich, one of the world’s leading authorities on anti-Semitism, such conclusions are invalid. The fact that 40% of 8,000 people said that Israel is exterminating Palestinians does not prove that 150 million people are anti-Semites, he argued.

“A person who says [that Israel is waging a war of extermination against Palestinians] is a) a complete idiot, b) doesn’t know what a war of extermination looks like and c) doesn’t know the first thing about the Holocaust or the Israeli-Palestinian conflict. It doesn’t tell me he’s an anti-Semite; it tells me he’s a bloody fool and a complete ignoramus,” said Wistrich, who directs the Vidal Sassoon International Center for the Study of Antisemitism. “And I can well believe that there are 150 million idiots in the European Union. But I don’t necessarily assume they’re all anti-Semites.”

Even Wistrich, who refused to accept the number of 150 million European anti-Semites, paints a very bleak picture. All over the continent, the climate of opinion is “very, very hostile to Israel, and it automatically affects Jews,” he said. “The only Jews it does not affect are those who very loudly and ostentatiously denounce Israel. For the time being they’re okay, but that too will change eventually… It’s an irreversible trend at this point in time.”

Wistrich, the Hebrew University scholar, for example, says that the atmosphere in Europe has become so polluted with hatred that Jews will not be able to stay there much longer.

“Any clear-sighted and sensible Jew, who has a sense of history, would understand that this is the time to get out,” he said, adding that, in two to three decades, the Jews’ history in postwar Europe will have come to an end. “It’s finished,” he said. “It’s a slow death.” The many efforts to counter anti-Semitism are important yet Sisyphean in that there is no chance for them to overcome the ever-strengthening forces of hatred, he said.

“These trends are far more powerful than people even begin to understand,” Wistrich said. “In that respect I’m a fatalist.”

At the same time, he asserted, the Jewish people will certainly survive the current wave of Jew-hatred. “We’ll overcome it. The anti-Semitism will go down, eventually, for a while, and then it will come up again, for new reasons and new circumstances. And we have to accept that.”