Every year about 150 Muslim conversion ceremonies are performed in the snow-white structure of the Sahaba mosque in Créteil, with its intricate mosaics and a stunning 81-foot minaret, built in 2008 and a symbol of Islam’s growing presence in France. Among those who come here for Friday Prayer are numerous young former Roman Catholics, wearing the traditional Muslim prayer cap and long robe.

While the number of converts remains relatively small in France, yearly conversions to Islam have doubled in the past 25 years, experts say, presenting a growing challenge for France, where government and public attitudes toward Islam are awkward and sometimes hostile.

In October, the French police conducted a series of antiterrorism raids across France, resulting in the arrests of 12 people, including at least three French citizens who had recently converted to Islam. Converts “often need to overdo it if they want to be accepted” as Muslims, and so veer into extremism more frequently than others, said Didier Leschi, who was in charge of religious issues at the Interior Ministry under former President Nicolas Sarkozy.

There are persistent concerns that French prisons are fertile ground for conversions and for Islamic radicalism; observant Muslims are thought to make up a least a third of the inmate population, according to French news reports.

Whatever the impact, there is little doubt that conversions are growing more commonplace. “The conversion phenomenon is significant and impressive, particularly since 2000,” said Bernard Godard, who is in charge of religious issues at the Interior Ministry.

Of an estimated six million Muslims in France, about 100,000 are thought to be converts, compared with about 50,000 in 1986, according to Mr. Godard. Muslim associations say the number is as high as 200,000. But France, which has a population of about 65 million, defines itself as secular and has no official statistics broken down by race or creed.

For Mr. Godard, a former intelligence officer, it is the “nature” of conversions that has changed.

Conversions to marry have long been common enough in France, but a growing number of young people are now seen as converting to be better socially integrated in neighborhoods where Islam is dominant.

“In poor districts, it has become a reverse integration,” said Gilles Kepel, an expert on Islam and the banlieues, the poor, predominantly Muslim neighborhoods that ring Paris and other major cities.

Charlie-Loup, 21, a student from nearby St.-Maur-des-Fossés, converted to Islam at 19, after a troubled adolescence and strained relations with his mother. He grew up Roman Catholic but had many Muslim friends at school. “Conversions have become a social phenomenon here,” he said, asking that his surname not be used because he considered his conversion a private initiative and did not want to draw attention to himself. Some convert simply “out of curiosity,” he said.

In some predominantly Muslim areas, even non-Muslims observe Ramadan, the Muslim holy month that requires fasting during the day, because they like “the group effect, the festive side of it,” said Samir Amghar, a sociologist and an expert on radical Islam in Europe.

In many banlieues, Islam has come to represent not only a sort of social norm but also a refuge, an alternative to the ambient misery, researchers and converts say.

For Mr. Amghar, Islam provides more structure and discipline than other religions. It is a way to “refuse modernism,” get back to a society with more family values and a clearer distinction between men and women. “Islam has a peaceful effect on the converts,” Mr. Amghar said. “The world looks clearer after they’ve converted.” 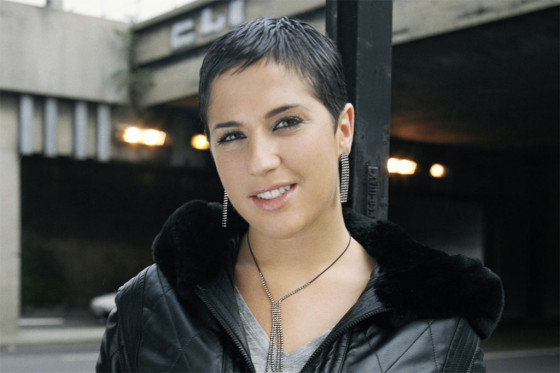 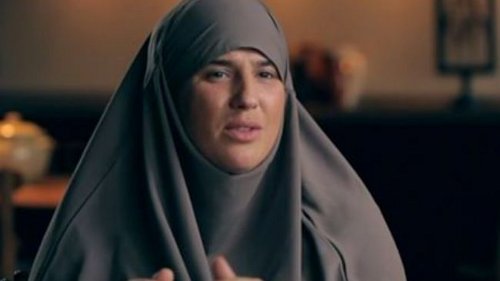 Mélanie Georgiades, known as Diam’s, has gone through what onlookers have described as a “complete transformation” from an image she had prior to 2009.

Since 2009, Diam’s had been unusually absent from the mainstream rap scene, prompting more than three years of controversy over her whereabouts, despite making the odd public appearance with her scarf. But recently the French rapper made her first television appearance with her new image.

Diam’s appeared in an exclusive TV interview with French TV station TF1, to talk about a past experience with drugs, including hallucinating narcotics, and being in a mental asylum until she discovered the “serenity of Islam.” The rapper said the religion was introduced to her by coincidence, when she saw a Muslim friend praying.

Diam’s, said she has been married for over a year and is a now a new mother, moving far away from her drug-relate past.

In her TV interview she said her “conversion to Islam was the result of a personal conviction, after understanding the religion and reading the Holy Quran.”

…
Diam’s said that by converting to Islam she gained comfort, adding that stardom doesn’t fit in with her life anymore, adding “this has warmed my heart, as I know now the purpose of my existence, and why am I here on Earth.”

Diam’s criticized the media which photographed her coming out of one of the mosques in France, wearing her Hijab and looking at her mobile, preceded by a man in a training suit, which many believed to be her husband.

Discussing how her life was like before her conversion to Islam, Diam’s said: “I was very famous and I had what every famous person looks for, but I was always crying bitterly alone at home, and this is what none of my fans had felt.”

She added: “I was heavily addicted to drugs, including hallucinating narcotics and was admitted in mental asylum to recover, but this was in vain until I heard one of my Muslim friends saying ‘I am going to pray for a while and will come back,’ so I told her that I want to pray as well.”

Recalling that moment, Diam’s said: “it was the first time that I touched the floor with head, and I had a strong feeling that I have never experienced before, and I believe now that kneeling in prayer, shouldn’t be done to anyone but Allah.”
..
Asked by her host about why she is wearing a hijab while many Muslim women don’t wear it, and don’t find it to be a religious obligation, she answered: “I see it as a divine order or a divine advice, this brings joy to my heart and for me this is enough.”