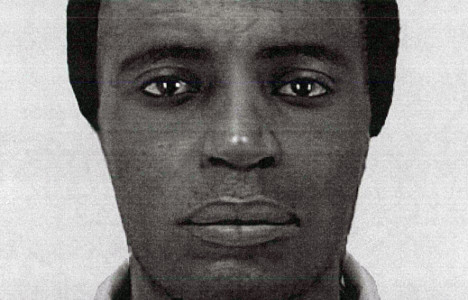 Police said they are continuing their investigations, and are searching for a 30-35-year-old dark-skinned man with a slim build and around 1.90 metres tall, who was seen leaving the bag by a 14-year-old boy. The suspect was reportedly wearing a black hat, black boots, and a brown and grey jacket.

CCTV footage taken from a McDonalds restaurant near the station appears to show the bag being carried by a white man before being taken away by a black man. Investigators are unsure whether this was an intended «drop» or a theft.
…

The police investigation came after a sports bag was found on Platform 1 of Bonn’s central station on Monday. Der Spiegel magazine reported that it contained four canisters of butane gas, ammonium nitrate, a metal pipe, and an alarm clock with batteries, though there appears to have been no detonator.

The area was sealed and the device was destroyed with a water cannon – which may have broken the detonator into «countless pieces,» prosecutors said.

But authorities said that if the explosive had been detonated, it could have had a similar effect to the 2004 al-Qaida bombing in Madrid, which killed 191 people.

Yet it remains unclear whether the crime was politically or criminally motivated. «In one word – everything is open,» Griesbaum said. Investigators believe that the bomb was not meant to be left in the railway station, but perhaps deposited on a train.