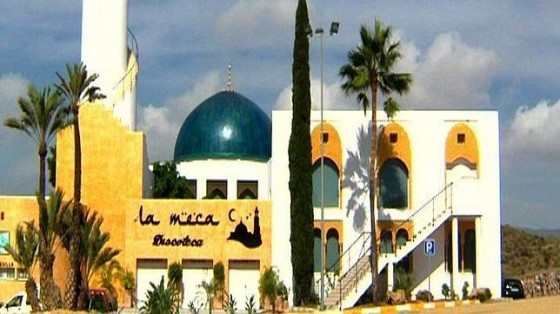 La Meca, a popular discotheque in southern Spain, has agreed to change its name and architectural design after Islamic extremists threatened to initiate «a great war between Spain and the people of Islam» if it did not. The nightclub controversy (which has parallels to the Danish cartoon imbroglio of 2005) has spread across the Muslim world in recent weeks and has risked escalating into an international crisis. The controversy not only signals the increasing assertiveness of Spain’s rapidly growing Muslim community; it also demonstrates that Spain remains firmly in the sights of Salafist Jihadists, who view the country as a Muslim state that must be reconquered for Islam.

La Meca, which shares its name with Mecca, the Muslim holy site in Saudi Arabia (as well as Mecca Bingo in Britain, Mecca Cola in France, the Mecca Sports Arena in Milwaukee, the Mecca Shopping Mall in Jordan, and Mecca, a small town in California) was the most popular discotheque in the southern Spanish resort town of Águilas (Murcia) in the 1980s and 1990s. After being closed for more than a decade, the club reopened in August 2010 under new management, but using the original name, La Meca. The mega-nightclub, which has been visited by more than 100,000 patrons since its reopening, features a large turquoise-colored mosque-style dome, a minaret-like tower, as well as traditional Arabic architecture common in southern Spain. But many Muslims now complain that the nightclub is offensive and insulting to their religion.

The current row began in August, when a Senegalese immigrant rejected a job offer at La Meca because the club’s name, he said, offended his religion. Soon thereafter, a group of Muslim radicals posted a video on the Internet calling for a boycott of Spanish goods, and jihad against those who «blaspheme the name of Allah.»

Then, in early September, after Moroccan hackers broke into the club’s webpage and posted a video threatening «a great war between Spain and the people of Islam» if the name were not changed, Spain’s intelligence agency, the Centro Nacional de Inteligencia (CNI), warned La Meca’s owners that the discotheque was being directly targeted by Islamic extremists.
Within days, the controversy spread like wildfire across the Middle East and North Africa. In Iran, Radio Islam described the club’s name as «offensive.» In Dubai, the Arabic news channel Al Arabiya said the club «insulted Spanish Muslims.» In Morocco, Muslim religious scholars (ulemas) denounced the municipal government of Águilas for «promoting» and «authorizing the use of the name Mecca for a discotheque.»
On Youtube, someone, called «IslamSalamSalam,» posted a video (now removed) titled «Boycot Spain for ‘Discoteca La Meca’.» On Facebook, a site in French called «Everyone Against ‘Discoteca La Meca'» declares that «Islam is the religion of the entire world.»

Local Muslim leaders also called for the discotheque’s name to be changed. «Muslims pray towards Mecca and it is there that the prophet received the Holy Koran,» said Mohamed Ali, of the Spanish Federation of Islamic Entities. «Calling a place for dancing and drinking by that name is grotesque and constitutes a lack of respect for Muslims,» he said. «A discotheque is for worldly pleasures and what takes place inside it, like drinking alcohol, is not in line with the principles of Islam,» said Antonio García Petite, founder of the Committee of Muslim Arbitration and Good Works. Meanwhile, the local Islamic Federation of the Region of Murcia consulted lawyers who planned to sue the club for insulting the honor of their religion.

On September 16, the nightclub owners held a press conference during which — under the close supervision of local Muslim leaders — they announced that the venue’s name would be changed to La Isla (the island) «to avoid further problems and to ensure that patrons keep coming.» They also confirmed plans to modify controversial features of the club’s architecture, namely a minaret-like tower that will be converted into a lighthouse-like tower, at a cost of some 100,000 euros.

«We thought the name was just a minor detail, but for the Muslims it was a really big deal,» said Pedro Morata, one of the club’s owners. Another owner, Javier Hernández, said: «We are just businessmen and did not want to offend anyone. We kept the club’s original name and decoration from the 1980s and 1990s because it brought us many fine memories.» He added that just a few kilometres away, in the town of Mazarrón, there is a discotheque called El Vaticano, and no one has ever complained about that.
The nightclub controversy is just one of a string of recent incidents that reflects the increasing assertiveness of Spain’s Muslim community, which now numbers around 1.5 million (compared to only 100,000 in 1990), and exposes the growing uncertainty in Spain over how to deal with Muslim mass immigration.

In November 2009, for example, a Muslim lawyer was ejected from Spain’s high court in Madrid, where she was defending a client, because the lawyer refused to remove her headscarf. In December, nine Salafists in Catalonia kidnapped a woman, tried her for adultery based on Sharia law, and condemned her to death. The woman escaped and fled to a local police station just before she was to be executed by the Islamists.

In January 2010, an imam in Tarragona was arrested for forcing a woman to wear a hijab head covering. The local prosecutor had asked the judge to jail the imam and three others for five years for harassment, but the case was eventually dismissed after the Socialist mayor said she wanted to prevent «a social conflict.» In April, a 16-year-old schoolgirl was banned from a school in Madrid after refusing to remove her hijab, in violation of the school dress code.

More portentously, in October 2007, Amr Moussa, the Egyptian Secretary-General of the Arab League, asked the Spanish government to allow Muslims to worship in the cathedral of Córdoba. This building was a mosque during the medieval Islamic kingdom of Al-Andalus. Muslims now hope to recreate the ancient city of Córdoba, which was once the heart of Al-Andalus, as a pilgrimage site for Muslims throughout Europe. Funds for the project are being sought from the governments of the United Arab Emirates and Kuwait, and Muslim organizations in Morocco and Egypt.
But the nightclub row also shows that Spain is still very much the focus of Al-Qaeda fanatics, who are demanding the right to re-establish Muslim rule in southern Spain. Muslims ruled four-fifths of the Iberian Peninsula for a period of about 800 years, beginning in the year 711. Islamic rule over the region then known as Al-Andalus ended in 1492, when Granada, the last Muslim stronghold, capitulated to the Roman Catholic kings.
There is now a widespread feeling among Muslims that the territories they lost during the Spanish Reconquest still belong to them, and that they have a right to return and establish their rule there. This is based on the Islamic idea that territories once occupied by Muslims must remain under Muslim domination forever.

In March 2004, Islamists inspired by Osama Bin Laden’s calls to revive Al-Andalus, blew up four packed commuter trains in Madrid, killing 191 people and injuring 1,500 others. Believing that Spain’s Al-Qaeda terrorist problem existed only because of the war in Iraq, the Socialist government of José Luis Rodríguez Zapatero responded to the Madrid attacks by promptly withdrawing all 1,300 Spanish troops from Iraq.
Zapatero also announced an ill-defined initiative called the «Alliance of Civilizations,» which borrows heavily from the «Dialogue Among Civilizations» concept promoted by Islamic radicals in Iran during the 1990s; in its essence, the initiative calls on the West to negotiate a truce with Islamic terrorists, on terms set by the latter.

In March 2007, Al-Qaeda responded to Zapatero’s goodwill gestures by launching new threats against Spain, this time over its military deployment in Afghanistan. In a video, a hooded man said the presence of Spanish troops in Afghanistan «exposes Spain again to threats» unless it withdraws its troops from the country. «The Spanish people have been tricked by a socialist government which withdrew troops from Iraq and sent 600 to Afghanistan,» the man proclaimed.

In January 2008, Spanish intelligence uncovered a plot by eleven South Asian Islamic militants to attack the metro system in Barcelona, Spain’s second-largest city. The motive behind the planned attack, which was set to take place just two months before national elections, was to force Zapatero into removing Spanish troops from Afghanistan.
In September 2010, CNI, the Spanish intelligence agency, reported a jihadist «media offensive» unlike any seen since the March 2004 attacks in Madrid. Analysts say the popular jihadist Internet forum Atahadi Islamic Network has been publishing Arabic-language articles about Spain at a rapid clip. Prompted by an August 2010 border crisis between Spain and Morocco that involves Spain’s two North African enclaves, Ceuta and Melilla, jihadists are now calling for a «crusade» to recover the two cities.
So far Spain has struggled to confront the challenges posed by radical Islam. In September 2004, for example, Zapatero told TIME Magazine that «sexual equality is a lot more effective against terrorism than military strength.» In April 2009, a group of Spanish «intellectuals» called on the Spanish government to apologize to the Muslim world for King Philip III’s expulsion of the Moriscos (the descendants of the Muslim population that converted to Christianity under threat of exile in 1502) from Spain in 1609. Earlier, in 2006, a proposal was made to offer Spanish citizenship to the Moorish descendants of the Moriscos, as an «apology and acknowledgement of mistakes» from the Spanish Inquisition. With such an anti-Spanish mindset that lacks a basis in reality, Spaniards should expect to see more La Meca-type controversies in the near future.