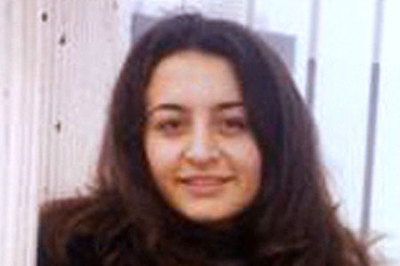 In the weeks before her disappearance, Tulay:
:: Ran away from home twice.
:: Personally reported two attacks by her father, while her boyfriend also reported an assault.
:: Asked to be sent to a children’s home rather than go back to her family.
:: Requested that officers note down her assault complaints down in case of future attacks.

Meanwhile, her male relatives complained to police about her boyfriend, saying that he was «pestering» her prompting warnings not to take matters into their own hands.
Goren even went to the police demanding his daughter underwent a virginity test – an act which experts in honour killing said should itself have sounded «alarm bells».
When Tulay refused to go home, police divulged her whereabouts to her family and allowed them to persuade her to return to them. Although she later run away again, she was lured home three weeks later and disappeared the next day.

…
Senior officers at the Metropolitan Police now acknowledge that there may have been «tell-tale» signs that could have saved the schoolgirl.

It is claimed officers may have actually put Tulay in even greater danger by allowing her family to take her home after she had complained about violence at the hands of her father, a convicted criminal.

Experts on ‘honour killings’ said that events in the run-up to her disappearance of Tulay should have «screamed» for something to be done.

A failure to recognise the warning signs – including the nine separate contacts with police – meant that opportunities to save her life were missed, they claimed.

..
A culture of political correctness, with officers afraid to intervene for fear of being accused of racism, may also have played a part, they claimed.

«They failed Tulay miserably and the sad fact is it will happen again,» said Jasvinder Sanghera, an author and expert witness in honour violence cases.

«It just screams the profile of a victim of the kind that we see day in day out.»
Diana Nammi, director of the Iranian and Kurdish Women’s Rights Organisation (IKWRO), which deals with hundreds of cases of honour-based violence and intimidation every year, added: «There were many missed opportunities that could have been taken to protect her and they didn’t.»

She added: «There is no doubt about it, if police had acted differently and if police had known how to deal with honour killing cases she would be alive today.

«By disclosing and sharing information with the family they simply made the situation even more dangerous for her.»

Honour killing: why did police send Tulay Goren home to die by her violent father?