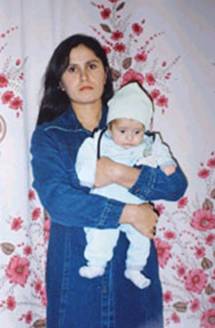 Güldünya was «guilty» of being raped by her cousin, and refusing to become his «second wife» after giving birth to a baby. She was 22.

İrfan and Ferit Tören killed their sister, Güldünya Tören, to «cleanse their family honor» after a second attempt and received sentences for the crime of attempted murder for their first attempt to kill her and murder for killing her.

Güldünya, who escaped her brothers’ first attempt, was later shot dead by her brothers at a hospital where she was receiving treatment.

After the birth of her baby, Güldünya took refuge at a police station in İstanbul from her family, who promised the police that she would «not be killed.» Acting on the promise, the police sent Güldünya Tören to the home of her uncle, Mehmet Tören, in the Fatih district, where she was attacked by her brothers. She escaped this attack as well, and she was taken to the Bakırköy State Hospital suffering from major wounds. In her testimony to the police at the hospital, Güldünya said her brothers had indeed tried to kill her but that she was not going to file a complaint.

Two days after the first attack, the two brothers killed Güldünya with two bullets to the head.

Güldünya Tören, who left her village in Bitlis and moved to her uncle Mehmet Tören’s house, in her testimony on Oct. 8, 2003 had filed a complaint against Mehmet Tören, who she said had threatened her with death.

Tören’s death came to symbolize the suffering of women who fall victim to crimes of tradition.

United Nations special rapporteur on violence against women Yakın Örtürk in a 2004 report submitted to the UN gave detailed information about Güldünya’s killing. The report said that Güldünya had «refused» to live with her relative, who had raped her, as his second wife, ran off to İstanbul to take refuge with the police, who returned her to her uncle despite the risk. Ertürk’s report also says officials at the Bakırköy State Hospital where Güldünya was shot shared responsibility for her death.

Birgül Işık (Elazığ, 2005): murdered by her son when she claimed on a TV show that she was subjected to violence.

Çiğdem İnce (İzmir, 2003): killed by her elder brother because of an extramarital pregnancy.

Evrim Sarıçiçekler (İstanbul, 2005): killed by a person hired by her family because she married someone that her parents did not approve of.

Kadriye Demirel (Diyarbakır, 2003): killed by her brother because she became pregnant after being raped.

Pınar Kaçmaz (Diyarbakır, 2002): killed by her father and brother because she applied to a modeling agency.

Şemse Allak (Mardin, 2002): stoned to death because of an extramarital affair.

Zehra Karagöz (Şanlıurfa, 2003): stabbed to death by her husband because of rumors that she had affairs with other men.