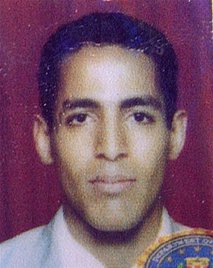 «They will taste the bitterness of our response,» a senior al-Shabab commander told The Associated Press, speaking on condition of anonymity because he is not authorized to talk publicly. Al-Shabab has foreign fighters in its ranks and seeks to impose a strict form of Islam in Somalia.

The raid may not have been the first time U.S. combat troops have been on Somali soil in recent years, said Karin von Hippel of the Washington-based Center for Strategic and International Studies.

«I suspect that U.S. troops have gone in rather stealthily since 2005 and 2006,» she told AP in a telephone interview.

The U.S. has not gone in force into Somalia since the early 1990s, when it became embroiled in feuds between warlords. In 1993, clan militiamen shot down two Black Hawk helicopters that were being used in a mission to capture warlords. Eighteen American servicemen were killed in the fighting in the capital in the battle, including one who was dragged through the streets, prompting the withdrawal of U.S. troops from Somalia and hastening the end of a U.N. peacekeeping operation.

If not for witnesses to Monday’s attack in southern Somalia, it might have gone unnoticed by the world.

Not so in the case of a 2008 U.S. airstrike that killed reputed al-Qaida commander Aden Hashi Ayro and two dozen civilians. The attack enraged Somalis, many of whom view the U.S. as an enemy because missiles from its warships have hit their country.

The U.S. has since tried to reduce civilian casualties. Somalia analyst Rashid Abdi of the International Crisis Group said the tactics used Monday mirrored moves in Afghanistan and Pakistan to limit missile strikes.

«This was a very well-planned operation, meticulous,» Abdi said. «That should help contain any backlash. The impact is much less than it would have been if bystanders were hit.»