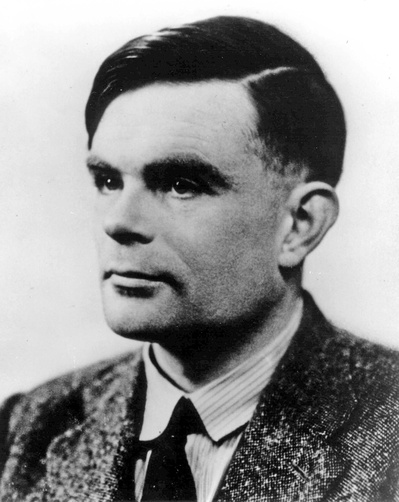 In 1952, however, Turing was convicted of gross indecency for having sex with a man and offered a choice between prison and «chemical castration» — the injection of female hormones to suppress his libido. His security clearance was revoked and he was no longer allowed to work for the government.

Two years later, he killed himself at age 41 by eating an apple laced with cyanide.

As Britain marks the 70th anniversary of the September 1939 start of the war — remembered as its «finest hour» — Brown said Turing «deserved so much better» than the treatment he received from postwar society.

«It is no exaggeration to say that, without his outstanding contribution, the history of World War II could well have been very different,» Brown said. «He truly was one of those individuals we can point to whose unique contribution helped to turn the tide of war.»

Brown said Turing was «in effect, tried for being gay.» Homosexuality was illegal in Britain until 1967.

«The debt of gratitude he is owed makes it all the more horrifying, therefore, that he was treated so inhumanely,» Brown said. «We’re sorry, you deserved so much better.»