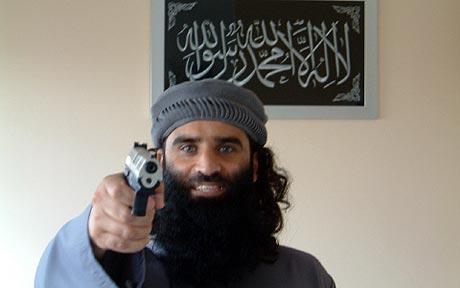 Ali Beheshti, 41, and Abrar Mirza, 23, both British-born, were picked up at the scene by counter-terrorism officers who had been tipped off about the attack. Their getaway driver, Abbas Taj, 31, was arrested nearby.
Jailing them for four and a half years each, Mrs Justice Rafferty said the sentences should act as deterrence and said that «in an open society there has to be open access to literary works, regardless of fear».
She told them: «If you choose to live in this country, you live by its rules. There is no such thing as ‘a la carte citizenship’ and, in your case, there is no such thing as a la carte obedience to the law.»
The men targeted Mr Rynja’s home in Islington last September, days before he was due to release the US author Sherry Jones’ novel «The Jewel of Medina», a historical story about the Prophet’s child bride A’isha.
..
The group’s ringleader, unemployed Beheshti, from Ilford, East London, was a former member of the radical group al-Muhajiroun who had burned himself on a demonstration in May 2005 when he set light to a picture of George Bush.
Calling himself Abu Jihad, he also took his 20-month old daughter, dressed in an «I love al-Qaida» hat, to the protests against the Danish cartoons of the Prophet Mohammed in 2006.
Taj, a trustee of the Muslim Prisoner Support Group, said he had met Beheshti when the pair ran market stalls in Whitechapel Market in East London.
In the early hours of September 27 – the 27th night of the Muslim festival Ramadan, known as the Night of Power – the three men were observed driving twice through the square in Islington before Beheshti and Mirza approached the front door with a petrol can in a white plastic bag, poured diesel fuel through the letter box and used a disposable lighter to set it on fire.
Police, who had had the men under surveillance, had bugged Taj’s Honda Accord and were ready to pounce as they set the fire. They arrested Taj, who was born in Somalia, east Africa, but moved to Britain at the age of 15, near the Angel tube station a mile away.
Mr Rynja and his partner were not at the four-storey townhouse at the time after being warned by the police that an attack was imminent.

Judge warns Muslim extremists: ‘If you choose to live in this country, you live by its rules.’