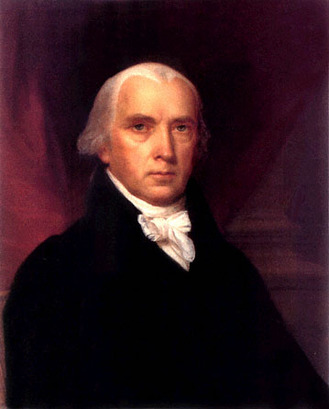 James Madison, Jr.[1] (March 16, 1751 – June 28, 1836) was an American politician, the fourth President of the United States (1809–1817), and one of the Founding Fathers of the United States. Considered to be the «Father of the Constitution», he was the principal author of the document. In 1788, he wrote over a third of the Federalist Papers, still the most influential commentary on the Constitution. The first President to have served in the United States Congress, he was a leader in the 1st United States Congress, drafted many basic laws and was responsible for the first ten amendments to the Constitution (said to be based on the Virginia Declaration of Rights), and thus is also known as the «Father of the Bill of Rights».[2] As a political theorist, Madison’s most distinctive belief was that the new republic needed checks and balances to protect individual rights from the tyranny of the majority.