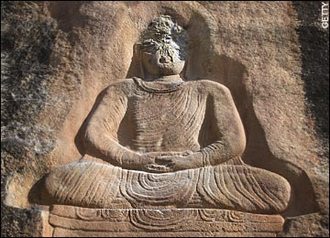 Islamist radicals in Pakistan have attempted to destroy an ancient carving of Buddha by drilling holes in the rock and filling them with dynamite.

The 23ft high image was damaged during the attack, which brought back memories of the Taliban’s destruction six years ago of the giant Buddhas at Bamiyan, in neighbouring Afghanistan.

The Buddha, in the Swat district of north-west Pakistan, is thought to date from the seventh century AD and was considered the largest in Asia, after the two Bamiyan Buddhas.

The explosion on Monday night damaged the upper part of the rock.

Pakistani troops have stepped up recent operations against militants in the fertile Swat valley, where thousands of locals are in thrall to Mullah Fazlullah, a rabble-rousing cleric who has called for suicide attacks and holy war. Fazlullah’s men have continued to wage an offensive against what they deem ‘un-Islamic’ activity, last week blowing up dozens of music, video and cosmetics stalls at a market.