On Sunday, a Cairo daily reported that Sadat’s family was considering legal action against the Iranian producers of the documentary entitled «Assassination of a Pharaoh,» which has already been shown on Iranian television.

The filmmakers set out to portray what they call «the revolutionary assassination of the treacherous Egyptian president at the hands of the martyr Khaled Islambouli,» the Al-Masry al-Youm newspaper said.

Islamic militant Islambouli was one of the soldiers who shot Sadat dead at a military parade in Cairo on October 6, 1981. He was hanged for the killing in 1982 and subsequently had a Tehran street named after him.

«The producers should have asked for the family’s authorisation before making the film,» said Sadat’s daughter Roqeya. «Such slander will receive a strong response.»

The Iranian film says Sadat was killed for signing the 1978 Camp David accords that led to a 1979 peace treaty with Israel, the first by an Arab country.

«Making this film is a low attempt to tarnish the image of the man and falsify history,» said Sadat’s nephew and MP Talat.
..
Diplomatic ties between Egypt and Iran were severed in 1980, a year after the Islamic revolution, in protest at Egypt’s recognition of Israel, its hosting of the deposed shah and its support for Iraq during its 1980-1988 war with Iran. 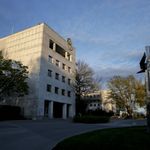 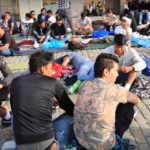